Sterling tumbled broadly as the UK opened a new chapter in Brexit negotiation with yesterday’s parliamentary amendment votes. In short, Prime Minister Theresa May needs to go back to EU to renegotiate the Irish backstop into alternative arrangements. But EU has repeated its stance on no renegotiation. For now it’s uncertain whether there could be on standoff on the issue. But so far, losses in the Pound are relatively limited as it stabilized in Asian markets.

At this point, Australian Dollar is the strongest one for today, as lifted by stronger than expected consumer inflation reading. New Zealand Dollar follows as the second. Canadian Dollar is also firm as oil prices rebound due to US sanctions on Venezuela. Swiss Franc, Yen and Dollar are the weakest ones. The greenback will look into today’s FOMC statement and press conference. Traders will also keep an eye on US-China trade talks, as high level meeting between Chinese Vice Premier Liu He and US Trade Representative Robert Lighthizer starts today in Washington.

Technically, EUR/GBP’s rebound tentatively suggests that 0.8620 key support is defended. Break of 1.3012 in GBP/USD will further indicate near term topping in the Pound. With today’s rebound, AUD/USD is now looking at 0.7235 resistance and break will confirm resumption of recent rebound from 0.6722 low.

Sterling dropped broadly after the Parliament voted 317 to 301 for Conservative MP Graham Brady’s Brexit deal amendment. Prime Minister Theresa is now required to go back to EU to renegotiate the deal to replace the Irish backstop with “alternative arrangements”. At the same time, the Parliament rejected Labour MP Yvette Cooper’s proposal to force Article 50 extension to avoid no-deal Brexit. Though, the symbolic amendments opposing no-deal Brexit was passed.

However, EU repeated its stance that there will be no renegotiation. And, it’s uncertain what exactly alternative arrangements on the Irish border backstop are.

EU Tusk: Brexit withdrawal agreement is not open for renegotiation

Nevertheless, Tusk said “We welcome and share the UK parliament’s ambition to avoid a no-deal scenario. We continue to urge the UK government to clarify its intentions with respect to its next steps as soon as possible.” And, “If the UK’s intentions for the future partnership were to evolve, the EU would be prepared to reconsider its offer and adjust the content and the level of ambition of the political declaration… Should there be a UK reasoned request for an extension, the EU27 would stand ready to consider it and decide by unanimity.”

ABS also noted that the most significant price rises this quarter are tobacco (+9.4%), domestic holiday travel and accommodation (+6.2%), fruit (+5.0%) and new dwelling purchase by owner-occupiers (+0.4%). The most significant price falls this quarter are automotive fuel (-2.5%), audio visual and computing equipment (-3.3%), wine (-1.9%), and telecommunications equipment and services (-1.5%).

The economic calendar is rather busy today. French GDP, Swiss KOF, Eurozone confidence indicators, Germany CPI and US ADP employment will also be watched. But the major focus will be on FOMC rate decision and press conference.

Fed is widely expected to keep federal funds rate unchanged at 2.25-2.50%. Since December, following extreme market volatility and cautious turn in Fedspeaks, pricing of Fed’s rate path changed drastically. Fed funds futures are now only pricing in around 20% chance of a 25bps hike by the December meeting. Dollar then started weakening broadly. The greenback suffered another round selloff last week after a WSJ report suggesting that the Fed members are considering to end the balance sheet reduction plan earlier than previously expected.

The first focus today will be on forward guidance in the statement. Back in December, FOMC noted that “the Committee judges that some further gradual increases in the target range for the federal funds rate will be consistent with sustained expansion of economic activity, strong labor market conditions, and inflation near the Committee’s symmetric 2 percent objective over the medium term.”

But since then, Fed officials sung a chorus, saying that Fed can afford some patience before another rate move. And Fed chair Jerome Powell even indicated that Fed is flexible to move in either direction if necessary. Any change in the forward guidance that hints at a pause could give Dollar more pressure.

And secondly, Powell will need to indicate if there is any change in Fed’s balance sheet reduction plan.

Here are some previews on FOMC: 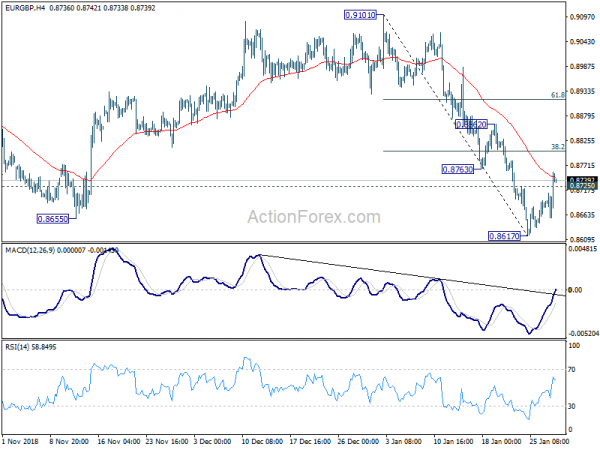 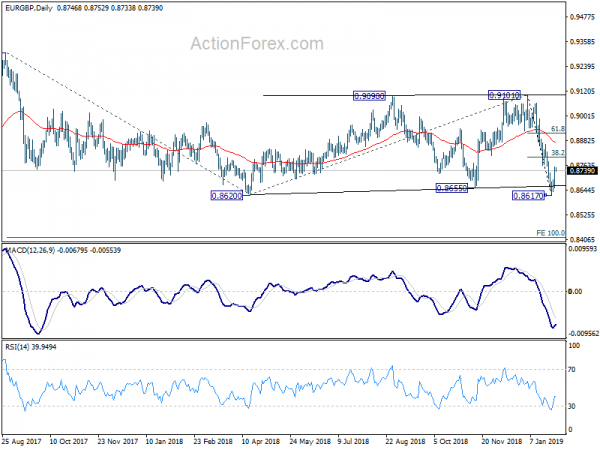