While Dollar is extending it’s broad based recovery today, it’s Yen’s weakness that’s worth more of a mention. There is no clear follow through in global stock rally today. Yet Yen is under broad based pressure and it’s overtaking Aussie as the weakest one in early US session. Aussie, though, remains pressured as markets brace for tomorrow’s RBA meeting and statement. There is no chance for RBA to move interest rate. But the accompanying statement could provide a dovish twist via information on the revised economic projections.

Technically, USD/JPY breaks 110.00 resistance and it’s resuming the rebound from 104.69. EUR/JPY is also heading to 126 handle as equivalent rebound extends. For now, Dollar is held below near term resistance against Euro, Sterling, Swiss Franc, Aussie and Canadian. Thus, there is no confirmation on bottoming of the greenback yet. Rally in USD/JPY is more due to Yen’s own weakness.

Sentix noted that “the bad news for the economy in Euroland is not abating.” And, “at the current edge the growth forces seem to be weakening dangerously quickly and strongly.” The main reason for the development was likely the approaching Brexit. And, “The economy now has to deal with the contingency plans in view of the unresolved political situation. Many companies exposed to UK-EU trade are currently not aiming for growth; they would probably be satisfied with stable business in the coming months.”

ECB Nowotny: No perspective of a Eurozone recession

ECB Governing Council member Ewald Nowotny said on the sidelines of a conference today that growth uncertainty in the Eurozone has increased. However, the economy is only going through a slow down. He’s optimistic that “we’ll be able to overcome these negative influences”. And more importantly, “there is no perspective of a recession.” He also noted positives signs in underlying inflation due to rising wages.

Separately, Executive Board member Yves Mersch said “the best solution is to integrate financial stability concerns into monetary policy at the European level – including possible corrections with instruments at national levels.” However, he’s doubtful on a Eurozone wide authority to deal with stability. He said “I doubt that adding an additional European layer without a clear view of who is in charge with what instruments and for what objective will advance the issue”. And, “the time is not ripe for an operationalized standalone macroprudential approach.”

UK PMI construction dropped to 50.6, growth shifted down a gear

Tim Moore, Economics Associate Director at IHS Markit, said “”UK construction growth shifted down a gear at the start of 2019, with weaker conditions signalled across all three main categories of activity.” Also, “the latest survey also revealed a loss of momentum for house building and civil engineering, although these areas of the construction sector at least remained on a modest growth path.

China Caixin PMI dropped to 50.9, hard to turn around without strong stimulus

China Caixin PMI services dropped to 53.6 in January, down from 53.9 but beat expectation of 53.3. PMI composite dropped to 50.9, down from 52.2. Caixin noted that “services activity continues to rise solidly, but manufacturing sector remains subdued”, “new orders rise only slightly, despite rebound in export sales”, “overall employment stabilises”.

Zhengsheng Zhong, Director of Macroeconomic Analysis at CEBM Group said in the release that “Overall, China’s economic growth was weighed on by weakening domestic demand in January, although exports improved marginally as the Sino-U.S. trade negotiations flagged signs of progress. The effects of China’s policies to support domestic demand and the development of the trade war between the country and the U.S. will remain key to the prospects of the Chinese economy. Given that the government has refrained from taking policies of strong stimulus, the downward trend of the economy may be hard to turn around for the time being.” 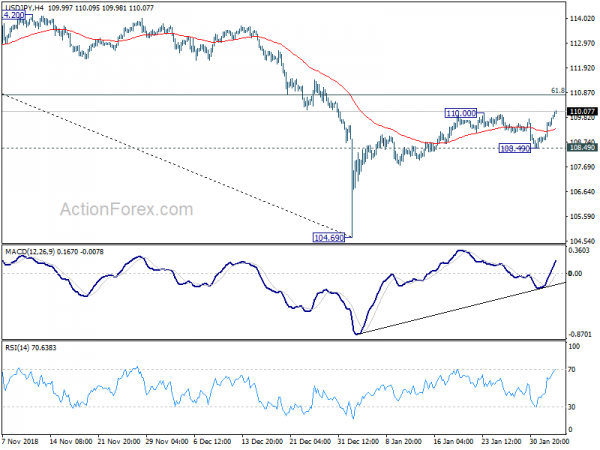 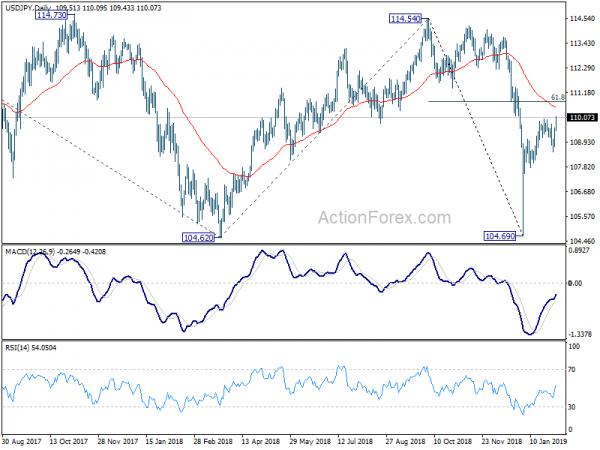