The forex markets turned mixed ahead of weekend as there is a lack of theme driving the moves. Swiss France turned weakest global stock markets jump mildly. Canadian Dollar is the second weakest as WTI crude oil retreats sharply ahead of 60 handle. Sterling is the third weakest as the length of Brexit extension, be it three months or much longer, will not be known before the third meaningful vote on the Brexit deal next week. On the other hand, New Zealand and Australian Dollar are the strongest ones.

For the week, Sterling remains the strongest one. No-deal Brexit is now politically ruled out even though it’s still technically possible. Euro follows as the second strongest, and then New Zealand Dollar. Yen remains the weakest one, followed by Dollar. It’s now highly unlikely for US and China to seal a trade agreement this month. Trump said there will be news on the topic in three to four weeks. But it’s actually getting more unlikely for a Trump-Xi summit to happen even in April.

US Empire State Manufacturing index dropped to 3.7 in March, down from 8.8 and missed expectation of 10. It’s also the third consecutive month of sub-10 reading, suggesting “growth has remained quite a bit slower so far this year than it was for most of 2018. Looking at some details, new orders index dropped -5pts to 3.0, indicating orders grew at a slower pace. Shipments dropped -3 pts to 7.7, indicating modest shipments growth. Employment index rose to 13.8. But average work week turned negative for the firs time since 2016, at -3.4.

ECB Governing Council member Olli Rehn urged the central bank to rethink it’s policy framework after failing to lift inflation back to target. One explanation for the failure could is that “trust in central banks’ ability to influence the inflation rate may have eroded.”

He noted that “the interdependence of economic activity and inflationary pressures seems to have weakened in recent years.” And, “should this phenomenon prove to be lasting, it would imply a weakening of the impact monetary policy exerts on inflation via aggregate demand.”

But he also emphasized that “this would not mean questioning the primary objective of price stability”. Instead, the policy rethink would “entail a comprehensive review of the guiding principles, key assumptions and tools used for the implementation of monetary policy”.

UK Cabinet Minister David Lidington told BBC radio the default for the government is still to leave the EU on March 29. He said “I hope still we can leave as soon as possible in an orderly fashion but that depends upon parliamentary approval both in principle of a withdrawal agreement but also then the implementing legislation that has to follow before lawfully we can ratify that treaty”.

And, by the end of March we have to have an alternative in place, not just a resolution of the House of Commons, a preference, but a solution in place that enables us to have an extension so there isn’t crash out on March 29.”

German Justice Minister Katarina Barley told rbb broadcaster that “the EU would be ready to delay Brexit, but one has to have a plan on what is supposed to happen during this period.” She added that delaying Brexit doesn’t bring a solution.

BoJ kept monetary policy unchanged today as widely expected. Short term interest rate is held at -0.1%. The central bank will continue to buy JGBs to keep 10-year yield at around zero percent. But yields are allowed to move upwards and downwards to some extent. Annual pace of monetary expansion is kept at around JPY 80T. Goushi Kataoka and Yutaka Harada dissented again in 7-2 vote.

BoJ continues to expect the economy to continue its “moderate expansion”. However, it noted that the economy is “being affected by the slowdown in overseas economies for the time being”. In particular, exports are projected to “show some weakness” for the time being. CPI is still “likely to increase gradually toward 2 percent”.

In the post meeting press conference, BoJ Governor Haruhiko Kuroda admitted that “Japan’s exports and output are being affected by lean overseas growth”. However, he also pointed out “domestic demand continues to grow.” Hence, BoJ maintained the baseline view that “economy is expanding moderately”. Though, regarding inflation he said “it is likely to take longer to achieve our target”.

Kuroda also defended BoJ’s policy and noted “We are not saying that we only care about achieving our price target.” Instead, BoJ’s goal is that “prices should rise gradually, reflecting an improvement in corporate profit and job growth rate”. For now, there is no need to make any change to the price target. 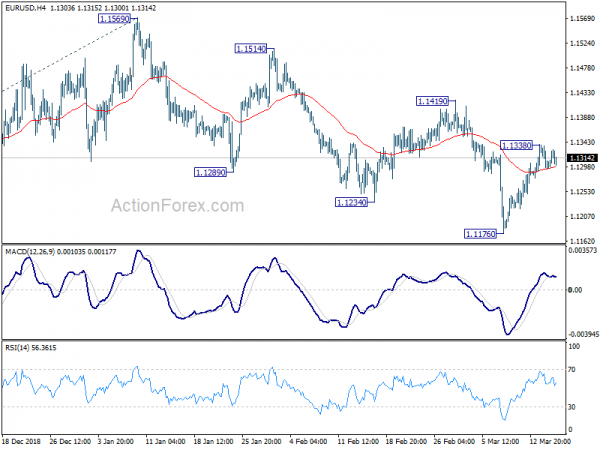 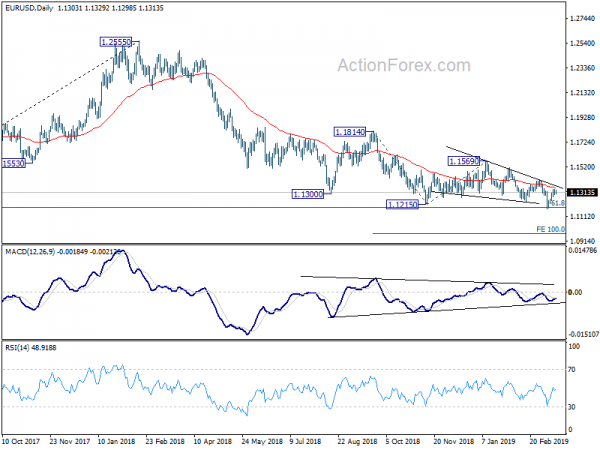