Manufacturing and job data released the US are pretty solid. But dollar shrugs off and stays soft. Though, Euro is even weaker on rumor that ECB is considering to revamp their inflation target, which could give policymakers rooms to pursue monetary stimulus for longer. Canadian Dollar is also among the worst performing ones as oil price extends this week’s pull back. On the other hand, Sterling is shot higher on way better than expected retail sales data. Australian Dollar is also among the strongest.

Technically, EUR/GBP retreats sharply today and focus is back on 0.8594 support. Break will be an early indication of near term bearish reversal. GBP/USD rebounds strongly after drawing support from 1.2391 low. Break of 1.2579 will indicate short term bottoming too. USD/JPY recovers after dipping to 107.61 earlier today. But further decline is still in favor for the near term.

Overall, the responses to the survey suggest “an improvement in regional manufacturing conditions compared with last month. The new orders index, which reflects demand for manufactured goods, showed improvement this month, and more firms added to their payrolls. The survey’s future indexes indicate that respondents continue to expect growth over the next six months.”

Over the month, all four main sectors contributed positively the growth, including fuel, non-store retailing, non-food stores and food stores. Non-food stores provided the largest contribution to the month-on-month growth, with both the amount spent and quantity bought at 0.7 percentage points.

Also released in European session, Swiss trade surplus widened to CHF 4.1B in June, above expectation of CHF 3.21B.

EU Barnier: Current Brexit agreement the only way to leave in an orderly manner

In a BBC interview, EU chief negotiator Michel Barnier insisted that the current, thrice defeated Withdrawal Agree is the “only way to leave the EU in an orderly manner”. And, UK will “have to face the consequences” of no-deal Brexit if it’s the chosen path. Additionally, he said EU has “never been impressed” by a no-deal Brexit threat.

In another interview, European Commission First Vice President Frans Timmermans complained the UK ministers “haven’t got a plan” in Brexit negotiations. “We thought they are so brilliant,” he added. “that in some vault somewhere in Westminster there will be a Harry Potter-like book with all the tricks and all the things in it to do.”

Conservative Party leadership contender Jeremy Hunt said the fact the EU “never believed that no deal was a credible threat” was “one of our mistakes in the last two years”.

ABS Chief Economist Bruce Hockman said, “Australia’s participation rate was at 66 per cent in June 2019, which means nearly two of every three people are currently participating in the labour market. The participation rate for 15 to 64 year olds was even higher and closer to four out of every five people.”

Alan Oster, NAB Group Chief Economist said the down tend in conditions continued. And, the quarterly survey has now show a below average reading, for the first time since 2014. The decline in conditions suggests “business sector has lost significant momentum over the past year”, and “we are unlikely to see a substantial pickup in growth in the Q2 national accounts”.

On the other hand, “the strong lift in confidence appears to be related to the outcome of the Federal election, with the bulk of the survey conducted post election day and also around the time of firming expectations of rate cuts”. But such lift should be short-lived as already shown in the June monthly business survey. 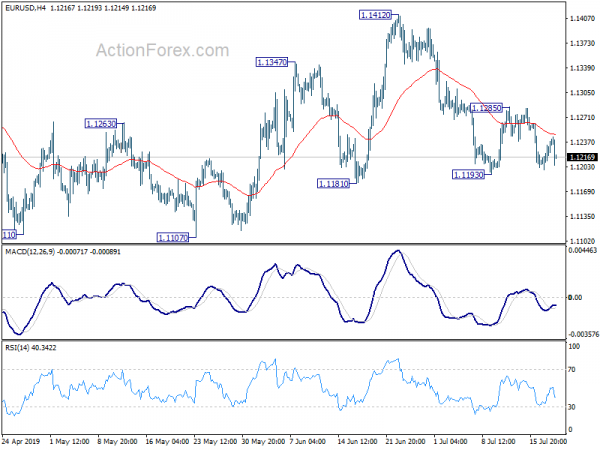 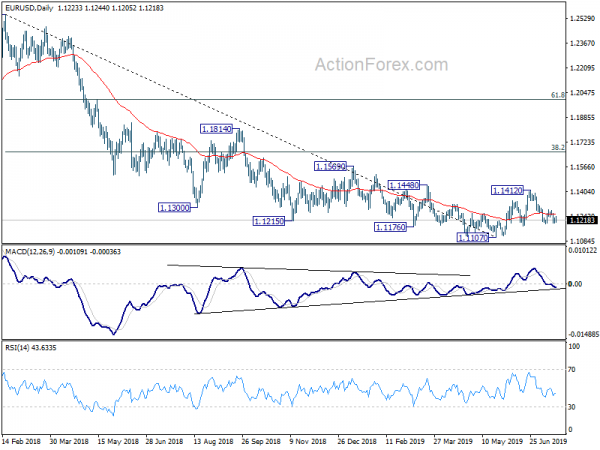