Sterling remains the overwhelmingly weakest one on no-deal Brexit concerns. New Prime Minister Boris Johnson is pushing EU to re-open Brexit negotiation. But there is no sign from EU on a position shift yet. Australian and New Zealand Dollars are the next weakest as markets turn into risk averse mode. On the other hand, Swiss Franc is the strongest one, followed Euro. Dollar is mixed as today’s US core PCE inflation reading is not enough to alter Fed’s decision to cut interest rate tomorrow.

Technically, selloff in Australian Dollar intensifies in early US session on risk aversion. AUD/USD is on track to retest 0.6831 support. EUR/AUD is pressing 1.6231 resistance and break will confirm completion of corrective fall from 1.6448 at 1.5894. Further rise could then be seen back to retest 1.6448.

US core PCE rose to 1.6%, not enough to change Fed’s decision

The lack up materialistic acceleration in core inflation does nothing to alter FOMC policymakers’ mind regarding tomorrow’s rate decision. For now, Fed is still generally expected to cut interest rate by -0.25bps to 2.00-2.25%. The main question is whether Fed would explicitly say that it’s a one-off, or it’s a start of a policy easing cycle.

Economic expectation fell below its long-standing average of 0 for the first time since March 2016. It’s also the lowest reading since November 2015. Gfk said: “The trade war with the US, ongoing Brexit discussions and the global economic slowdown continue to drive fears of a recession. Employees in export-driven sectors in particular, such as the automotive industry and its suppliers, are most immediately affected by this. In addition, reports of downsizing add to employees’ fears of losing their jobs.”

Swiss KOF Economic Barometer rose to 97.1 in July, up fro 93.8 and beat expectation of 93.3. KOF said: “Slightly more favourable signals than before are coming from manufacturing, other services, accommodation and food service activities as well as financial and insurance services. Construction is contributing slightly to the positive development. Consumer prospects are practically unchanged. On the other hand, the indicators for demand from abroad have a dampening effect.”

BoJ left monetary policy unchanged today as widely expected. Under the yield curve control framework, short-term policy interest rate is held at -0.10%. 10-year JGB yield will be held at around zero percent with JGB purchases. Monetary base will increase at an annual pace of around JPY 80T. The decisions are made with 7-2 vote with Y. Harada and G. Kataoka dissented again.

In the post policy meeting press conference, BoJ Governor Haruhiko Kuroda indicated that the central bank has already taken a step forward to further monetary easing. And, the tools include cutting short-, long-term interest rates, increasing asset buying or accelerate the pace of base money expansion.

Nevertheless, Kuroda also noted “I don’t think Japan has lost momentum to hit the BOJ’s price goal, or that there is an imminent risk of this happening.”. While, policymakers need to pay attention to downside risks, for now, “we expect the economy to continue expanding moderately, and that it is sustaining momentum for hitting our price goal.”

A Ministry of Economy, Trade and Industry said in the press briefing that the decline was a reversal of the unexpectedly strong production in the preceding months.” He added, “we don’t believe there is a downward trend, though there isn’t an upward trend either”. Production just “fluctuates indecisively”.

Also from Japan, unemployment rate improved to 2.3% in June, down from 2.4%. Number of people in work hit record 67.5m. Ministry of Internal Affairs and Communications said “the jobless rate has been firm and moving narrowly at that level”. 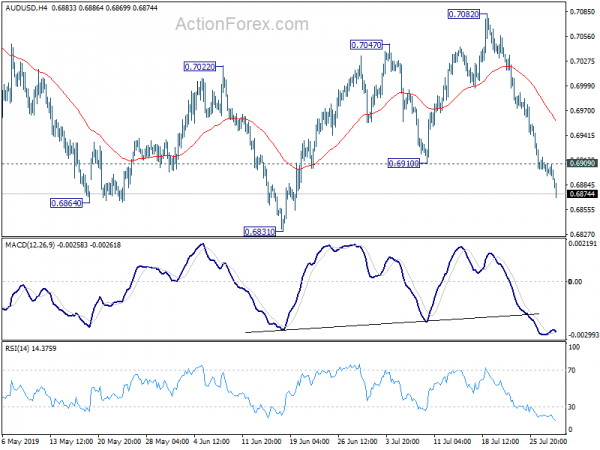 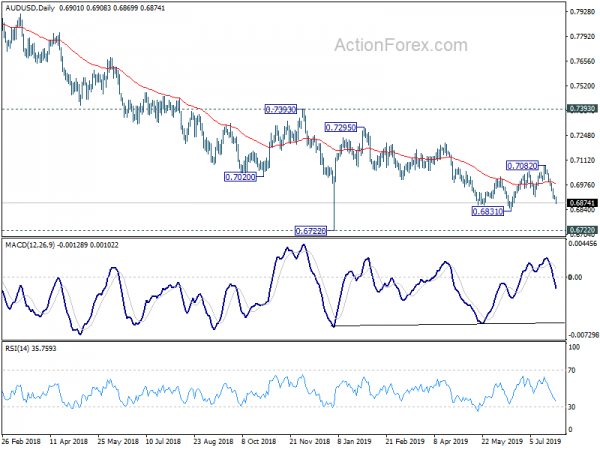