Dollar continues to trade with a soft tone in early US session. Job data from US is slightly better than expected. US-China trade negotiations concluded in Shanghai without any concrete progress. But traders’ minds remain on FOMC rate cut later today. For now, New Zealand Dollar is the weakest one, weighed down by poor business confidence. Euro is the second weakest as CPI slowed further in July. Dollar is just the third weakest. On the other hand, Australian Dollar is the strongest, after CPI and China data, followed by Sterling.

Technically, there is no clear development in the markets today. Sterling’s decline slowed a bit and should have turned into consolidations. But there is no sign of bottoming in the Pound. 1.1107 support remains the key for Dollar to over in rally attempts. Firm break of this key support is needed to confirm commitment of Dollar buying USD/CAD is eyeing 1.3116 minor support but further rise is still in favor as long as it holds.

Fed is widely expected to cut interest rate by -25bps to 2.00-2.25% today. Such rate cut should very well be priced in. The questions are whether it’s a start of an easing cycle, or just a one-off response to risks. The voting will reflect the split inside the committee. Chair Jerome Powell’s press conference is even more important in framing the cut.

“While we still see strength in the labor market, it has shown signs of weakening,” said Ahu Yildirmaz, vice president and co-head of the ADP Research Institute. “A moderation in growth is expected as the labor market tightens further.”

China MOFCOM: Candid, effective, constructive and deep exchange on major trade and economic issues with US

Regarding the two-day face-to-face US-China trade talks in Shanghai, Chinese Ministry of Commerce said “both sides, according to the consensus reached by the two leaders in Osaka, had a candid, highly effective, constructive and deep exchange on major trade and economic issues of mutual interest”.

The Ministry also noted in the statement that “the two sides also discussed that China will increase its procurement of US agricultural products according to domestic needs and the US will create favorable conditions for procurement.”

Next high-level trade meeting will be held in the US in September.

Canada GDP grew 0.2% in May, third straight month of expansion

Canada GDP grew for a third consecutive month in May, by 0.2% mom, beat expectation of 0.1% mom. The increase was led by a rebound in manufacturing with 13 out of 20 industrial sectors expanding. On a three-month rolling average basis, real gross domestic product increased 0.7%.

Germany retail sales rose 3.5% mom in June, well above expectation of 0.5% mom. Over the year, retail sales dropped -1.9% yoy. Compared with the previous year, turnover in retail trade was in the first six months of 2019 in real terms 2.2% higher than in the corresponding period of the previous year.

Also from Germany, unemployment rose 1k in July versus expectation of 2k. Unemployment claims rate was unchanged at 5.0%, matched expectations.

And, “annual growth in the CPI continues to be subdued due to falls in a number of administered prices. Through the year, utility prices have fallen 0.2 per cent and child care has fallen 7.9 per cent following the introduction of the Child Care Subsidy package in July 2018.”

ANZ noted: “The outlook for the economy is deteriorating. Despite generally good commodity prices and interest rates at record lows, the headwinds of a global slowdown and credit and cost constraints appear to be winning out. With the inflation outlook not consistent with the target midpoint we expect two more OCR cuts this year, helping the economy to find its feet once more.”

China PMI manufacturing rose to 49.7, foundation for stabilization still needs to be consolidated

Analyst Zhang Liqun noted that: “Economic downturn is slowing down…. activities have been restored…. there are signs of recovery in production and operation activities, indicating that the effect of macroeconomic policy counter-cyclical adjustment has begun to appear.”

However, he also warned that ” downward pressure on the economy is still not to be underestimated. And, the foundation for stabilization still needs to be consolidated.

Also released, official PMI Non-Manufacturing Index dropped to 53.7, down from 54.2 and missed expectation of 54.0. 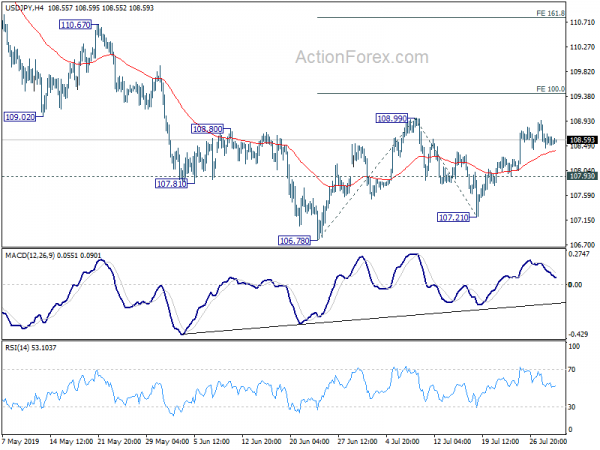 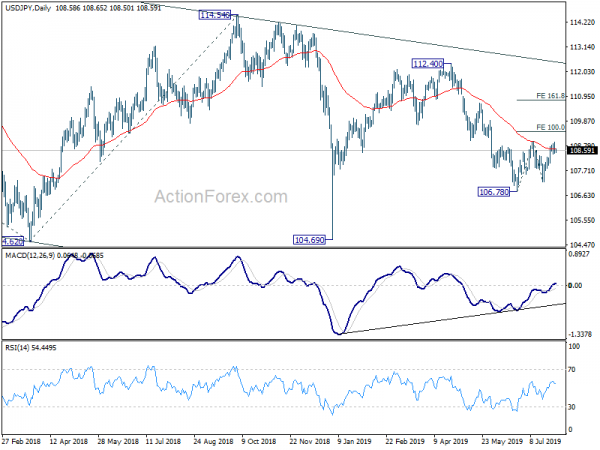