The forex markets are rather quiet today as major pairs and crosses are stuck in consolidations. Better than expected trade data from China gives sentiments a mild boost. But momentum of recovery is very weak so far. Treasury yields are also trying to recover after yesterday’s steep decline. For the week, New Zealand Dollar remains the weakest one, followed by Canadian and then Australia, Euro is the strongest, followed by Swiss Franc and then Yen.

Technically, selloff in Australian Dollar loses some momentum and consolidations would likely be seen first. While Dollar tried to decline versus Swiss Franc and Yen, recoveries are seen in both pairs today. USD/CHF and USD/JPY would engage in some more sideway trading before resuming recent decline. Sterling is gyrating in tight range against Dollar, Euro and Yen too. But then, risk of no-deal Brexit will continue to cap the Pound’s recovery, and more selloff is in favor, sooner rather than later.

China’s trade data came in better than expected and helped stabilize market sentiments. At least there was recovery in exports in July while imports contracted less than expected. Total trade with US continued to show contraction, with year-to-July trade dropped -13.4% yoy. Imports from US also contracted -28.3% yoy. On the other hand, total trade with EU grew 4.6% yoy from January to July, with exports increased 6.1% yoy and import increased 2.3% yoy. Nevertheless, the real tests will come later in the year as US tariffs on USD 300B in Chinese goods take effect on September 1.

According to the median forecast of a Reuters poll, between August 2-7, chance of no-deal Brexit jumped to 35%, up from 30% in July. And forecasts ranged from as low as 15% to as high as 75%. New UK Prime Minister Boris has been rather indecisive regarding his Brexit strategy. Except that, it’s trying to force through a exit on October 31, with or without a deal. And as Brexit uncertainty continues, economists expect GBP/USD to trade between 1.17 and 1.20 before the divorce data. That is, there is a bit more downside in the pair.

Regarding the economy, median chance of recession within a year was put at 35%, up from 30% in July. For the next two years, media chance of recession rose to 40%, up from 35%. However, 24 of 55 economists expected BoE to stand pat this year and next. On the one hand, buoyant wage growth makes it too early for call of a cut. Yet Brexit uncertainty, in whatever form, will make it hard to tighten in the foreseeable future. 12 of 55 economists expected a cut, while 19 expected a hike.

Separately, UK Foreign Minister Dominic Raab said in Washington, at a joint news conference with US Secretary of State Mike Pompeo, “We will manage the risks come what may. We will leave at the end of October and are determined to make a success of it.” 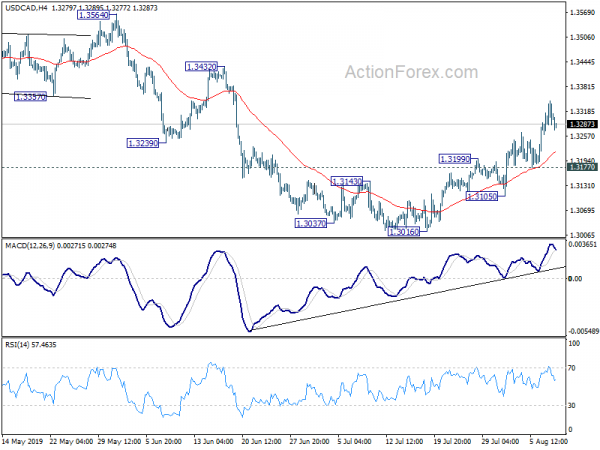 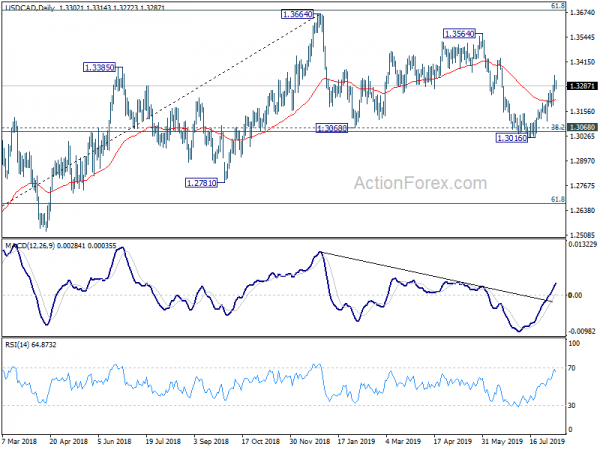