Yen weakens broadly today following recovery in major treasury yields, as a sign of stabilization in sentiments. Most notably, German 10-year yield closed above -0.6% at -0.585, while US 10-year yield closed above 1.6% at 1.622. Australian Dollar is currently the second weakest, after poor business condition and confidence data. Canadian Dollar is the third weakest. On the other hand, New Zealand Dollar is the strongest for now, followed by Sterling and Swiss Franc.

Technically, further rise is expected in Yen crosses in general. But current rebound in USD/JPY, EUR/JPY and GBP/JPY are seen as corrective. Thus, we’ll look for signs of loss of momentum ahead. Meanwhile, there could also be more upside in Sterling should today’s job data beat expectations again, just like yesterday’s GDP data. 0.8891 cluster support in EUR/GBP is the key to confirm underlying momentum in the Pound. We’d remain skeptical if this cluster support is not taken out decisively.

US Mnuchin: Currency manipulation is a focus in upcoming China trade talk

Separately, Mnuchin also told Fox yesterday that there was a “conceptual” agreement on enforcement of the agreement. “They’re coming here. I take that as a sign of good faith that they want to continue to negotiate, and we’re prepared to negotiate,” Mnuchin said.

At the same time, Johnson pledged after the vote that “this government will press on with negotiating a deal, while preparing to leave without one,” referring to Brexit. And, “I will go to that crucial summit in Brussels on Oct. 17, and no matter how many devices this Parliament invents to tie my hands, I will strive to get an agreement in the national interest.”

Johnson also insisted “this government will not delay Brexit any further.” That even the Parliament has passed a law that requires Johnson to seek Brexit delay from October 31 if he couldn’t get a deal.

Australia NAB Business Confidence dropped to 1 in August, down from 4. Business Condition dropped to 1, down from 3. Both readings are well below long-run averages. And the outcome suggests that “momentum in the business sector continues to weaken, with both confidence and conditions well below the levels seen in 2018”. NAB added that the results are “in line with the weak outcome for the private sector in the Q2 national accounts, prompting us to review our outlook for interest rates”.

Japan M2 rose 2.4% yoy in August, matched expectations. China CPI was unchanged at 2.8% yoy in August, above expectations of 2.6% yoy. PPI dropped further to -0.8% yoy, down from -0.3% yoy, but beat expectations of -0.9% yoy. Looking ahead, UK employment data will be a major focus in the European session. Later in the day, Canada will release housing starts and building permits. 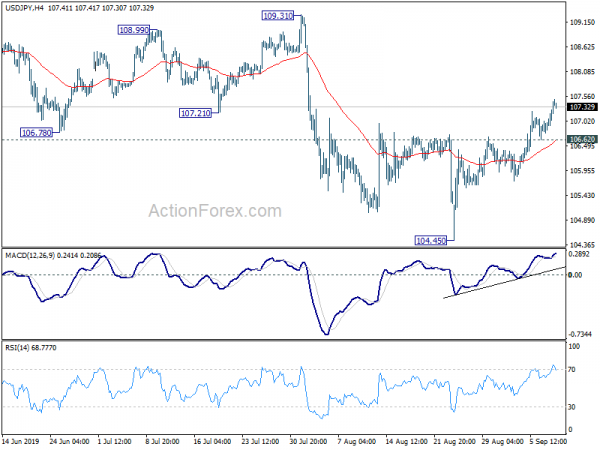 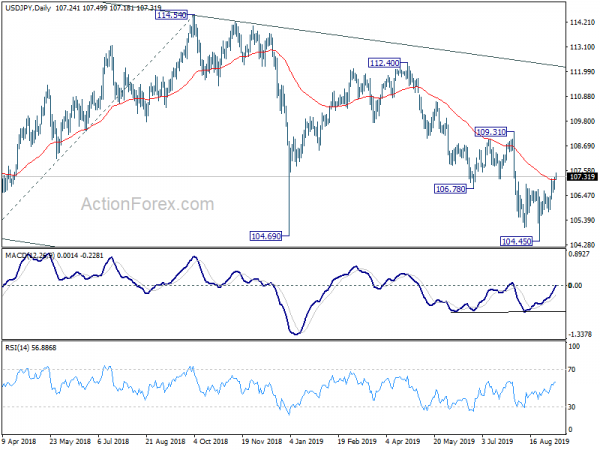