Australian Dollar drops broadly after RBA cut interest rate as widely expected. The central bank also maintains easing bias, suggesting that the easing cycle might not be over yet. Poor housing data also weight on sentiments. New Zealand Dollar is following as second weakest and then Japanese Yen. On the other hand, Dollar is currently the strongest one, followed by Canadian and then Sterling.

RBA cut cash rate by -25bps to 0.75% as widely expected. The central bank also maintained easing bias. It noted that “the Board will continue to monitor developments, including in the labour market, and is prepared to ease monetary policy further if needed to support sustainable growth in the economy, full employment and the achievement of the inflation target over time.”

In the accompanying statement, RBA also noted that risks global outlook are “tilted to the downside” as US-China disputes are “affecting international trade flows and investment”. Domestically, 1.4% GDP growth in Q2 was “weaker-than-expected”, but appeared to have reached a “gentle turning point”. Forward looking indicators suggest employment is likely to “slow from its recent fast rate” while wages growth remains “subdued”. “Taken together, recent outcomes suggest that the Australian economy can sustain lower rates of unemployment and underemployment.” Inflation also remained “subdued” and is “likely to be the case for some time yet”.

The data suggested that business confidence worsened as global slowdown and trade tensions weighed. Yet, the deteriorations were not as bad as expected and capital expenditure were still holding up. The data could be neutral to BoJ’s policy. That is, they might not add enough pressure to additional easing from the central bank.

Also released, unemployment rate was unchanged at 2.2% in September, better than expectation of 2.3%.

Japan PMI Manufacturing was finalized at 48.9 in September, down from 49.3 in August. That’s also the lowest level since February. Output reduced as deterioration in demand extends into September. Firms link export weakness to lower sales to China, US and Europe. Business expectations remain historically subdued.

Joe Hayes, Economist at IHS Markit, said: Crucially, the stronger deterioration comes ahead of the consumption tax hike, and suggests that manufacturing and exports are both likely to have been drags on third quarter GDP. Japan continues to suffer from the trade-led global growth slowdown… Strength in the trade-weighted yen so far this year has also meant that the currency has not been able to mitigate the impact of the global trade slowdown. To that end, the service sector’s ability to weather the sales tax hike in the fourth quarter will be crucial to keeping the economy afloat into the year-end.” 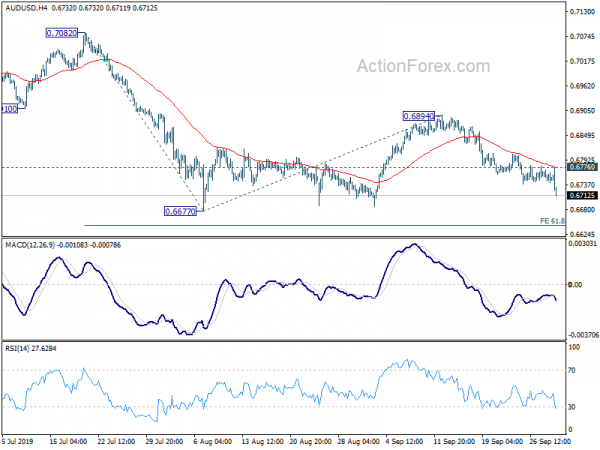 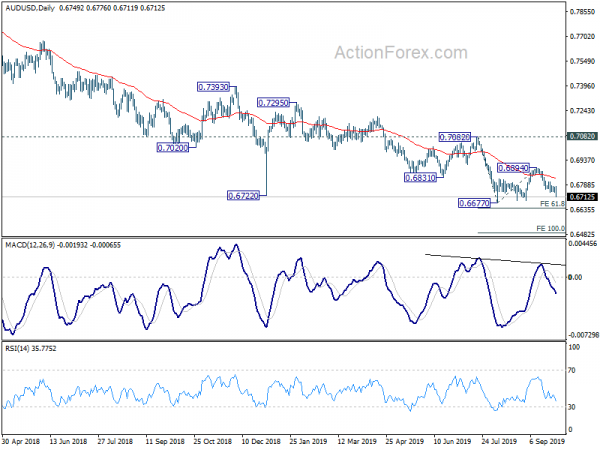