Yen remains generally firm in Asian session today as risk aversion dominates. Selloff in US stocks overnight spilled over to other markets. Poor economic data, manufacturing and employment, raised recession concerns. Additionally, US is taking another step in global trade war, by raising tariffs on EU after WTO ruling on Airbus subsidies. Sentiments will need to look into ISM services today and non-farm payrolls today for rescue. Meanwhile, Yen is currently the strongest one for the week, followed by Euro and then Pound. Australian Dollar is the weakest for the week despite today’s recovery, followed by Swiss Franc, and then Canadian.

Technically, developments in EUR/JPY and GBP/JPY suggest that recent rebound have completed. Further falls are likely to retest 115.86 and 126.54 lows respectively. Focus in USD/JPY is back on 106.68 support with this week’s decline. Break will align with other Yen crosses and target 104.45 low. USD/CAD’s strong break of 1.3310 reaffirmed our bullish view that whole rise from 1.3016 is resuming. Focus is back on 1.3382 resistance and break will confirm. AUD/USD is still pressing 0.6677 low. Decisive break will confirm medium term down trend resumption.

WTO arbitration decided yesterday that US can move forward to impose some USD 7.5B in tariffs on EU goods annually, to counteract years of European loans and subsidies to Airbus. US Trade Representative hailed that as the “largest award” in WTO history, and nearly twice the largest previous award.

US will now impose tariffs on a range of imports from EU member states, with the bulk of the tariffs being applied to imports from France, Germany, Spain, and UK. 10% tariffs would be applied on large civil aircraft, 25% on agricultural and other products. USTR also said that “The US has the authority to increase the tariffs at any time, or change the products affected.”

Robert Lighthizer also noted in a statement that “the United States will begin applying WTO-approved tariffs on certain EU goods beginning October 18. We expect to enter into negotiations with the European Union aimed at resolving this issue in a way that will benefit American workers.”

UK Prime Minister Boris Johnson’s new Brexit proposal was welcomed by European Commission President Jean-Claude Juncker welcomed as “positive advances”. But the Commission noted in a statement that “there are still some problematic points that will need further work in the coming days, notably with regards to the governance of the backstop.” it added “the EU wants a deal. We remain united and ready to work 24/7 to make this happen – as we have been for over three years now.”

However, Guy Verhofstadt, European Parliament’s Brexit coordinator, said “the first reaction of the Brexit Steering Group was not positive, not positive in the sense that we don’t think that this is really the safeguards that Ireland needs”. The group will set out a more detailed response on Thursday.

On the other hand, UK Chancellor of the Duchy of Lancaster Michael Gove noted that some lawmakers from the most pro-Brexit wing of the ruling Conservatives and some opposition Labour lawmakers have signaled their backing for Johnson’s new proposal. Northern Ireland’s DUP also welcomed the plan. Gove said, “That seems to me to be a pretty solid majority.”

Funo: BoJ will reexamine economic and price trends at next meeting

Bank of Japan board member Yukitoshi Funo said Japan is facing a situation where momentum towards price stability would be undermined. The central bank would “reexamine” the outlook at next meeting. He also said BoJ is ready to respond to prevent risks from materializing.

He warned of heightened downside risks from global slowdown. And, “We are facing a situation where we need to pay more attention than before to the risk that the momentum towards the price stability target will be undermined… With that situation in mind, we will reexamine economic and price trends at the next policy setting meeting”. 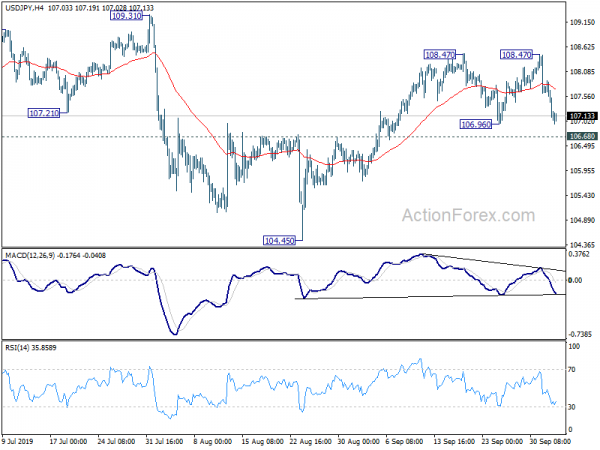 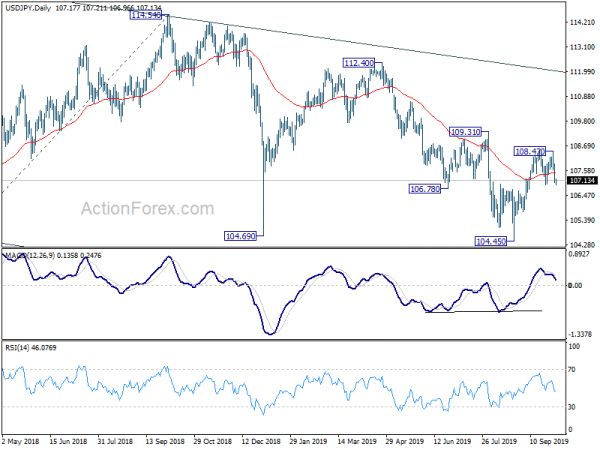