Consolidative trading continues in the financial markets. US futures point to recovery despite uncertainties over US-China trade talks. Yet, markets are just paring some of yesterday’s losses. The currency markets are also generally bounded inside yesterday’s range. Dollar is slightly softer, awaiting FOMC minutes. Sterling had a rollercoaster ride on Brexit rumors. Commodity currencies are slightly higher but gains are limited.

Technically, despite today’s recovery, GBP/USD and GBP/JPY are both limited below 1.2413 and 132.24 resistance levels respectively. Further declines are still expected in both pairs. EUR/USD and EUR/JPY recover notably today and recent consolidations are set to extend further, before decline resumption. USD/CAD is staying in tight range and another rise through 1.3347 resistance is in favor, subject to today’s oil inventories report.

Minutes of September 17-18 FOMC meeting will be a focus in the US session today. Back then, Fed lowered their benchmark interest, the second time this year) by -25bps to 1.75-2.00%. The minutes should provide more details regarding the debate between the divided policymakers.

Fed chair Jerome Powell sounded non-committal in his comments this week. He insisted that “policy is not on a preset course” and reiterated “we will be data dependent, assessing the outlook and risks to the outlook on a meeting-by-meeting basis.” His cautious stance was justified as outlook would heavily depend on results of upcoming US-China trade talks this week. 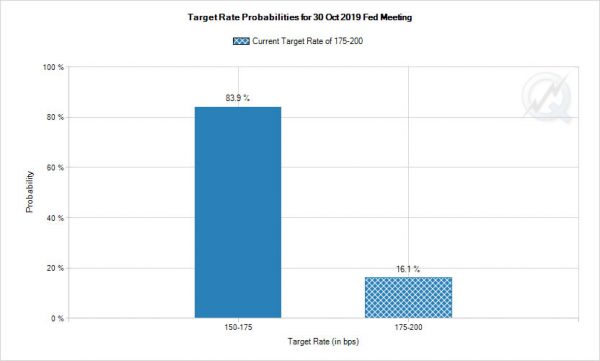 According to a Bloomberg report based on unnamed source, China is open to a partial trade deal with the US. The condition is that US will refrain from imposing additional tariffs, including the coming batch on October 15 and another batch in December. In return, China would offer to increase agricultural purchases. Financial Times said the annual purchase would be raised from USD 20m to USD 30m.

Yet, China is unwilling to address the core issues, including intellectual property theft, forced technology transfer, subsides to state-owned enterprises, and enforcement of the agreement. Such a position is very unlikely to be accepted by trade hawks in the US administration, probably not by President Donald Trump neither.

Political tensions between US and China are heating up just ahead of the high-level trade negotiations on Thursday and Friday. US expanded the trade blacklist of Chinese companies with involvements in China’s treatment of Uyghurs in Xinjiang, targeting 20 Chinese public security bureaus and eight companies., Also, US has imposed visa restrictions on officials allegedly responsible for the abuse of Uyghurs. China is said to be considering to restrict visa for anti-China US officials too.

EU poured more cold water on UK Prime Minister Boris Johnson’s proposal. EU Budget Commissioners Guenther Oettinger said the latest offer did “not represent a satisfactory solution”. He also insisted that Irish backstop cannot be subject to a time limit or be at risk of being vetoed by a third party.

Irish Prime Minister Leo Varadkar also said yesterday that “it will be very difficult to secure an agreement by next week, quite frankly”. “Essentially what the United Kingdom has done is repudiated the deal that we negotiated in good faith with Prime Minister May’s government over two years and has sort of put half of that now back on the table and are saying that’s a concession and of course it isn’t really. There are two big gaps.”

Northern Irish party Democratic Unionist Party (DUP) on the other hand, is dissatisfied with the rumored counter offer from EU. It’s said EU is ready to give the assembly a say over post-Brexit customs checks on the Irish border, but only via a double majority. DUP chief whip Jeffrey Donaldson also said “This creates a customs border between Northern Ireland and our biggest market in Great Britain. Economic madness. DUP has been clear in opposition to this. It’s the NI only Backstop reheated and represents no real compromise.” 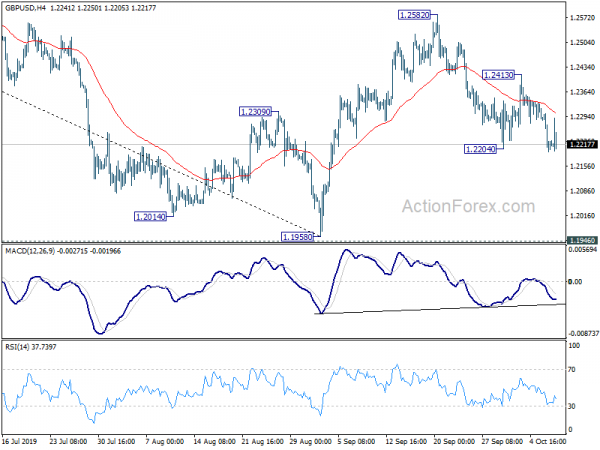 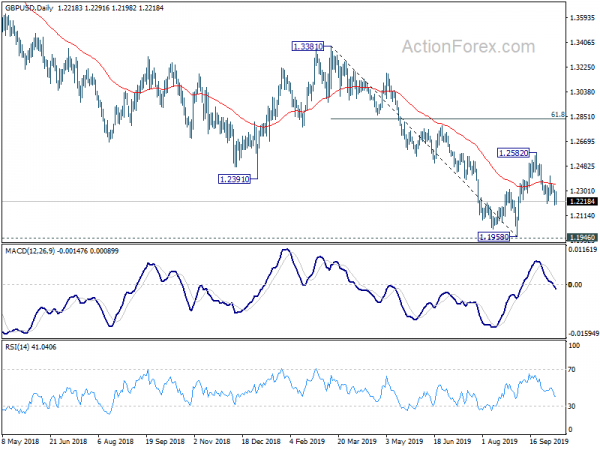