Global stock markets are generally under pressure today. There is some lift from a WSJ report that US and China are laying the ground work for a delay in December 15 tranche of tariffs But the recovery in sentiment is so far limited. In the currency markets, Australian and New Zealand Dollars are so far the weakest one, together with Japanese Yen. Sterling and Swiss Franc are the strongest one. Overall picture could have a big change if more news regarding US-China trade negotiations surface.

US Ross: USMCA within millimeters of completion

US Commerce Secretary Wilbur Ross told Fox Business that the US, Mexico and Canada are “within inches, maybe millimeters” of completing the USMCA. The trilateral trade agreement is expected to create “north of 176,000 new jobs” and boost the auto industry by USD 34B.

Trade officials of the three countries are expected to meet in Mexico City today to pin down the details. A vote in the House would be needed this week to ensure passage of USMCA by year end. “Every day that it isn’t approved is a day delayed and the benefits to America,” Ross said.

UK GDP shows no growth in October, dragged by manufacturing and construction

UK GDP grew 0.0% mom in October, below expectation of 0.1% mom. Rolling three-month GDP also showed no growth. An ONS Spokesperson said: “The UK economy saw no growth in the latest three months. There were increases across the services sector, offset by falls in manufacturing with factories continuing the weak performance seen since April. Construction also declined across the last three months with a notable drop in house building and infrastructure in October.”

Garry Young Director of Macroeconomic Modelling and Forecasting, said, “The latest data confirm that economic growth in the United Kingdom is petering out at the end of the year. GDP was flat in the three months to October, and the latest surveys point to further stagnation in November and December. The economy is being held back by weak productivity growth and low investment due to chronic levels of uncertainty. While some uncertainty could be resolved by the outcome of the general election, it is doubtful that this will provide businesses with the clarity needed to invest with confidence.”

ZEW President Achim Wambach: “At first glance, the renewed substantial increase of the ZEW Indicator of Economic Sentiment may seem surprising. It rests on the hope that German exports and private consumption will develop better than previously thought. This hope results from a higher than expected German foreign trade surplus in October, alongside relatively robust economic growth in the EU in the third quarter and a stable German labour market. The rather unfavourable figures for industrial production and incoming orders for October, however, show that the economy is still quite fragile.”

NAB said business conditions “appear to have stabilised at low levels, after declining significantly between mid-2018 and 2019”. But “the divergence between the goods related industries (the weakest) and the services sector (the strongest) widened.” The business survey is consistent with “ongoing weakness in GDP growth” with little improvement in Q4, risking slower employment growth.

China CPI jumped to 4.5% on fresh vegetable and pork

Headline CPI in China accelerated to +4.5% y/y in November, from +3.8% a month ago. The key contributor to strong inflation is fresh vegetable and pork prices. We expect headline CPI to stay strong in coming months. Although pork price has shown signs of moderation, fresh vegetables price has picked up again. Inflation, way above PBOC’s target of 3%, has limited the scope of the central bank to ease the monetary policy. 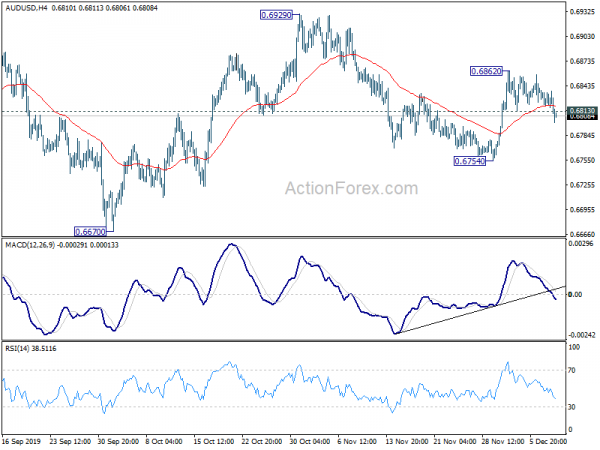 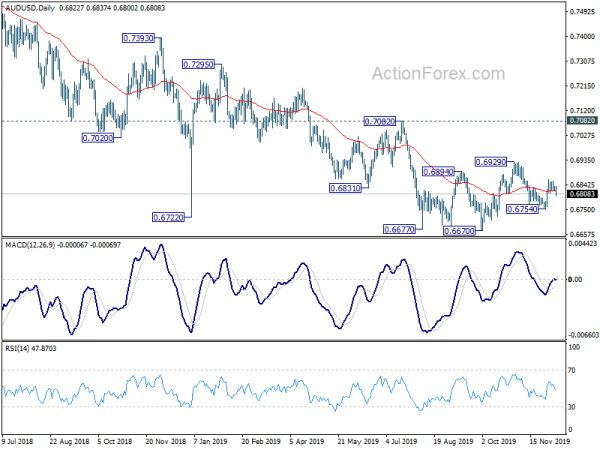