Dollar shrugs off slightly better than expected consumer inflation data and weakens mildly in early US session. But loss is limited as focus turns to FOMC rate decision, statement and new economic projections. At this point, European majors are generally weak as markets also look forward to tomorrow’s UK elections. Latest YouGov polls suggested that a hung parliament cannot be ruled out, even though Conservative majority remains the base case. Meanwhile, Australian and New Zealand Dollar strengthen broadly, reversing some of this week’s losses. Trades might be jumping the gun in trading tariff delay. But nothing is confirmed until some named official from the US could confirm it.

Technically, AUD/USD’s strong rebound today should have invalidated the near term bearish case. And rise from 0.6754 should still be in progress. Break of 0.6862 resistance will pave the way back to 0.6929 resistance. EUR/AUD was also rejected below 1.6323 resistance and focus is back on 1.6148 support. GBP/USD, EUR/GBP and GBP/JPY are staying consolidations, while would likely extend further first.

Fed to stand pat, focuses on economic projections, some previews

FOMC rate decision is the major focus today and Fed is widely expected to keep the fed funds rates unchanged at 1.50-1.75%. Fed officials have repeatedly noted that policy is in the right place for now. There won’t be any further adjustments unless there are material changes in the economic outlook. We’d expect Fed’s statement to reflect such message again.

Attentions would, therefore, be mainly on the new economic projections, in particular, federal funds rate projections. As in September’s meeting, median rate projections were at 1.9% in 2019 and 1.9% in 2020, before rising to 2.1% in 2021 and 2.4% in 2022. Current rates are already below these levels and thus, downside revisions should naturally be seen. Fed is unlikely to revise down 2020 projections to an extent that reflects another rate cut. Thus, the main market moving part would on the how fast Fed officials expect rates to climb back in 2021 and 2022.

BoJ Governor Haruhiko Kuroda said together that the “overall global economy is expected to be relatively bright next year”. He noted that economies in US and China are firm. Global economy will also pick up. Additionally, BoJ would need to pay close attention to climate change.

BoJ said “the domestic and external environment surrounding financial institutions is changing rapidly. The industry is entering an age of reform aimed at rebuilding its business model into a more sustainable one”. 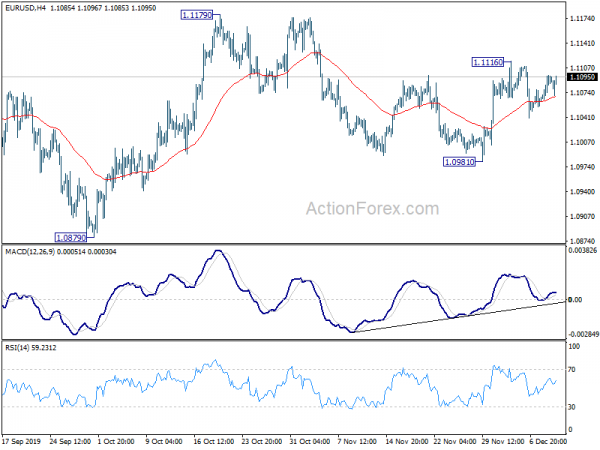 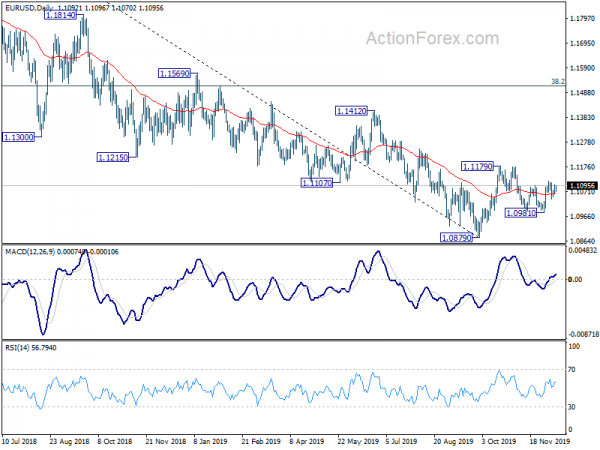