Sterling remains undoubtedly the strongest one for today, and the week, cheering Conservative’s landslide victory in UK elections. Boris Johnson pledged that “we will get Brexit done on time by the 31st of January, no ifs, no buts, no maybes.” That’s what markets are firmly believing in now. Meanwhile, sentiments turned cautious though as US-China trade deal is back under question, or at least the terms. We’d only know if there would be tariff rollbacks after the expected form announcement by Trump’s administration today.

Technically, GBP/USD and GBP/JPY retreats after this week strong rally. But near term outlook will remain bullish as long as 1.3050 and 142.47 support holds respectively. Similarly, while EUR/GBP recovers, outlook will stay bearish as long as 0.8508 resistance holds. USD/JPY was rejected by 109.72 resistance on renewed uncertainty on US-China trade deal. Consolidation might extend into early next week.

Markets are rocked by US President Donald Trump’s tweet again. He complained that WSJ’s story regarding US-China trade deal was “completely wrong, especially their statement on Tariffs.” He added, “Fake News. They should find a better leaker!”

Trump said yesterday that he’s getting “VERY close to a BIG DEAL with China.” WSJ indicated US would cut the currently imposed tariffs by 50% as part of the deal. New tariffs would be put on hold. China generally believed to offer to step up US farm products purchases in 2020, possibly doubling from the value in 2017 to USD 50B.

Markets are expecting some form of formal announcement to be made today by US administration. It remains to be seen if that would happen.

New Zealand BusinessNZ manufacturing index dropped to 51.4 in November, down from 52.6.

ECB Vice President Luis de Guindos hailed that “the results of the elections in Great Britain are positive because they eliminate uncertainty in the short term”. And, “we know perfectly well that on the 31st January the United Kingdom will leave the union – this is good in terms of uncertainty, but also hails a new period, one which will not be easy.” “It will not be easy because commerce rules will have to be renegotiated.”

Separately, Governing Council member Francois Villeroy de Galhau said “The economic situation in the euro zone is beginning to stabilise … and as the situation stabilizes so does monetary policy”. He added, “we are applying the measures decided in September and aren’t adding any more… For how long depends on the economic situation and its improvement.” Another Governing Council member Bostjan Vasle said “domestic factors represent the main drive of economic activity while the growth of foreign demand will be weak”.

European Commission President Ursula von der Leyen talked about future relationship with UK after Brexit. She said “We aim at zero tariff, zero quotas and zero dumping, and this is very important for us.”

She also warned that “we are addressing the challenge that the time is very short, we have 11 months to negotiate a broad field”. “And it’s not only about trade, but we are also speaking about education, transport, fisheries, many, many other fields are in the portfolio to be negotiated.” 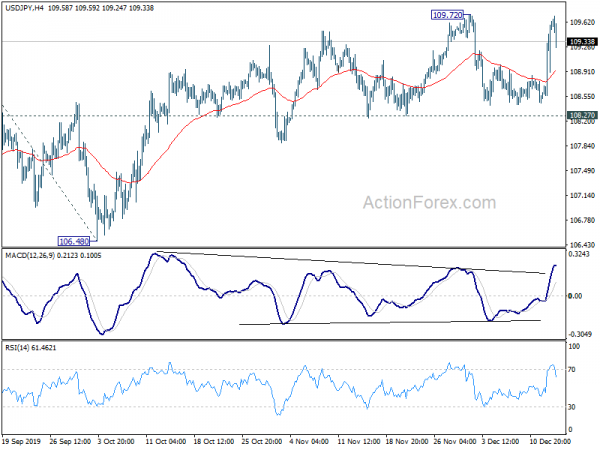 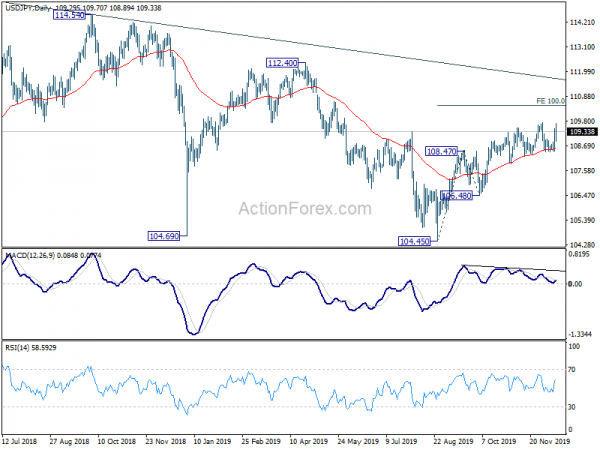