Swiss Franc jumps broadly on political news from Russia today and takes the Euro higher. Yen follow as third strongest on risk aversion as European stocks also dive on the news. Sterling is among the weakest, following weaker than expected CPI, as well as dovish comments from a BoE dove. Dollar is mixed for now, as markets await, finally, the signing of US-China trade deal phase one.

Russian PM resigns to give way to Putin’s constitutional changes

As reported by Russia’s Tass, Prime Minister Dmitry Medvedev submitted his resignation to President Vladimir Putin today. That’s seen as a move to make way for Putin’s changes in the constitution, to increase the powers of both the prime minster and the cabinet.

The news came after Putin’s annual state of the nation address earlier, where he proposed constitutional amendments. He said, the changes would “increase the role and significance of the country’s parliament … of parliamentary parties, and the independence and responsibility of the prime minister.”

The moves reignites speculations on Putin’s plan after his current presidential term ends in 2024. One possibility is that he would shift power to the parliament and assume an enhanced role as prime minister afterwards.

US Treasury Secretary Steven Mnuchin told CNBC that the “first step” regarding trade deal with China is “really focusing on enforcement”. There will be additional tariff rollbacks in Phase 2. “This gives China a big incentive to get back to the table and agree to the additional issues that are still unresolved”.

On the details, he added, “China has agreed to put together very significant laws to change rules and regulations and have made very strong commitments to our companies that there will not be forced technology going forward.”

President Donald Trump and Chinese Vice Premier Liu He scheduled to sign the trade deal at a ceremony at the White House today, at 11:300am EST.

US Empire State manufacturing rose to 4.8

In a speech, BoE dove Michael Saunders said the UK economy has “remained sluggish”. The “most likely outlook ” is a “further period of subdued growth” and hence, a “disinflationary backdrop of a persistent – albeit modest – output gap”. Additionally, neutral rate may have fallen further over the last year or two, both in UK and externally.

Therefore, “against this backdrop, it probably will be appropriate to maintain an expansionary monetary policy stance and possibly to cut rates further, in order to reduce risks of a sustained undershoot of the 2% inflation target.”

Trade surplus narrowed to EUR 19.2B in November, missed expectation of EUR 22.3B.

In the latest Regional Economic Report, BoJ downgraded the assessments of three regions, Hokuriku, Tokai and Chugoku. Nevertheless, all nine regions reported that “their economy had been either expanding or recovering.”

“The background to this was that domestic demand, in terms of such items as business fixed investment and private consumption, had continued on an uptrend, with a virtuous cycle from income to spending operating in both the corporate and household sectors, although exports, production, and business sentiment had shown some weakness, mainly affected by the slowdown in overseas economies and natural disasters.”

Earlier today, BoJ Governor Haruhiko Kuroda reiterated that “we will adjust policy as necessary to maintain momentum toward our price stability target while examining risks… We will not hesitate to take additional easing steps if risks heighten to an extent that the momentum toward the price target is undermined.” 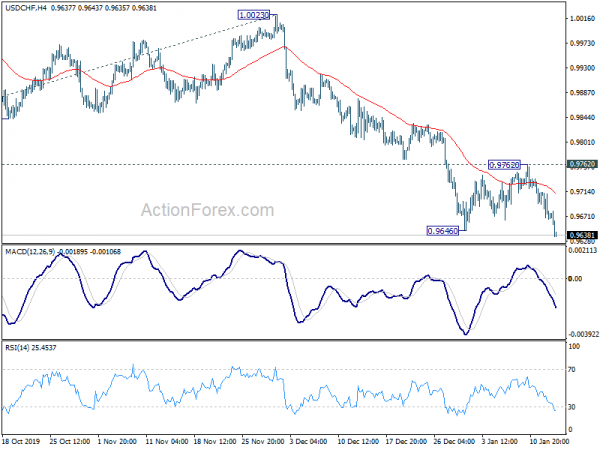 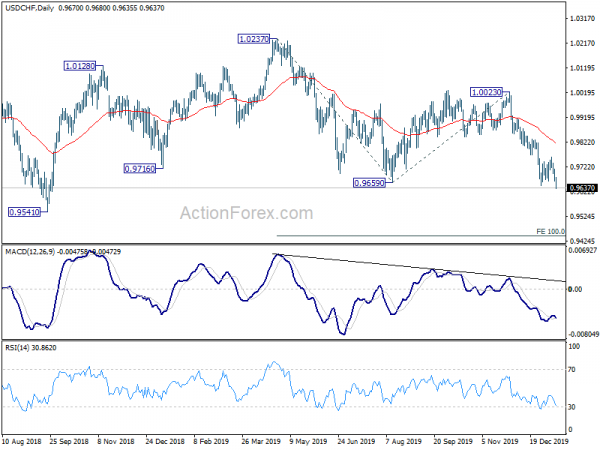