Asian markets went wild today, on the back of acceleration in coronavirus spread in Europe, as well as free falling oil on price war. Sentiments have never been hit that had for quite some time. Commodity currencies, as led by Australian Dollar, are the biggest casualties in the massive selloff. Yen and Swiss, to a slightly lesser extent Euro, record strong gains on safe haven flow. Dollar and Sterling are somewhat stuck in between. Gold struggles to gain and sustain above 1700 handle.

Technically, the spikes break in AUD/USD and NZD/USD should be disregarded first. Focus remains on 0.6433 in AUD/USD and 0.6191 in NZD/USD. Firm break of these levels will confirm down trend resumption. AUD/JPY and NZD/JPY, however, are viewed slightly differently as both has resumed medium term down trend. Meanwhile, 1.1456 fibonacci resistance in EUR/USD and 0.8786 resistance in EUR/GBP will be the strong tests for the persistence of Euro’s rally.

Economic data are taking a back seat today and will continue to do so for the retest of the day. Japan Q1 GDP contracted more than expected by -1.8% qoq. Bank lending rose 2.1% yoy in February versus expectation of 1.9% yoy. Currenct account surplus narrowed to JPY 1.63T in January. Swiss unemployment rate, Germany industrial production and trade balance, Eurozone Sentix investor confidence will released in European session. Canada will release housing starts and building permits.

Coronavirus in situation China, the origin of the global outbreak, continues to stabilize, with just 40 new cases and 22 deaths reported for Sunday. Total accumulated cases now stands at 80738, with 3120 deaths. New cases in South Korea also slowed some what, as total stands at 7382 with 53 deaths. Italy (7375 cases, 366 deaths) and Iran (6566 cases, 194 deaths) are quickly catching up and will likely surpass South Korea very soon.

Oil price in worst decline since 90s on price war

Oil price is having the worst loss since Gulf War in 1991, on fear of price war after OPEC+ talks ended in dramatic failure. It’s reported that Saudi Arabia wanted to slash production to offset the steep decrease in demand due to coronavirus pandemic. But Russia rejected the idea, arguing that cheap crude will help wipe out competition from US shale.

As the talks collapsed, it’s reported that Saudi Arabia plans to boost output next month to well above 10 million barrels a day, or even to 12 million barrels. That’s seen as an act of a full price war between OPEC and Russia, to force the latter to go back to the negotiation table. 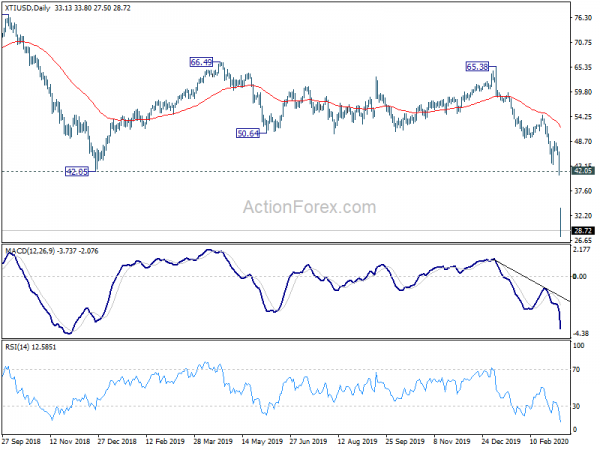 WTI crude oil hits as low as 27.50 today, breaching 2016 low of 27.69. At this point, we’re not expecting sustainable trading below 27.69 yet, unless the situation worsen dramatically. There is prospect of a rebound should Russia comes back to negotiation. But any rebound attempt will likely be capped below prior resistance at 42.05. 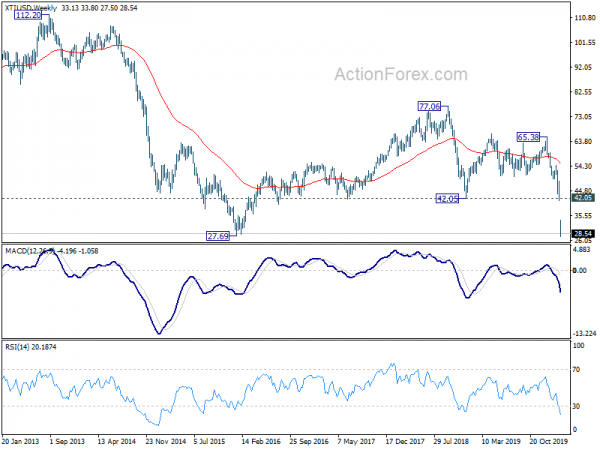 AUD/JPY suffered another wild ride in thin, panic, early Asian session again today. It’s a move that resembles what happened early last year. On January 3, 2013, AUD/JPY hit as low as 70.2 (depending which chart you’re reading), but recovered strongly to close at 76.05. The fate of the cross, however, will likely be different considering the material risks the world is facing. 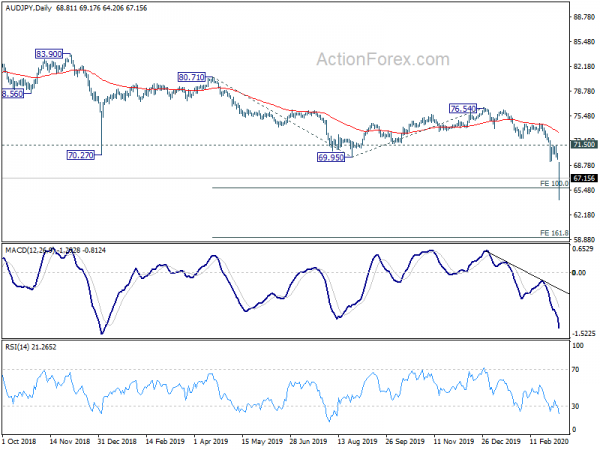 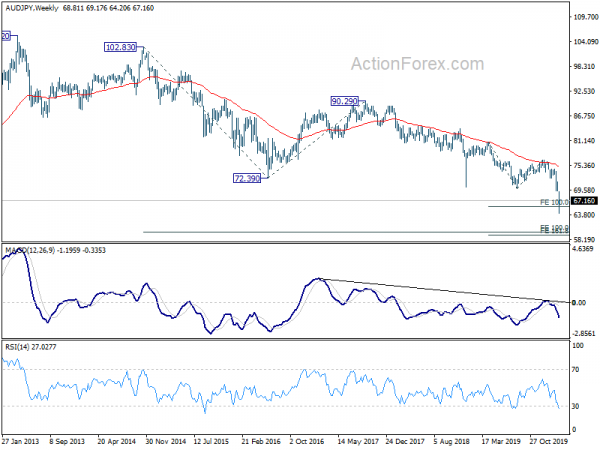 ECB rate decision as a focus this week

ECB rate decision is the major focus in a relatively light week. There are speculations that the central bank would cut deposit rate by -0.10%, in response to coronavirus risks in Eurozone. Yet, with deposit already at -0.50%, it’s rather unsure if any further cut would be effect, not to mention that it might do more harm than good. Hence, some believed that ECB could opt for targeted liquidity measures to help the companies affected by the outbreak.

UK will also be another focus with GDP, productions and trade balance featured. These batch of January data would review how well the economy rebounded after eliminating election risk totally. Meanwhile, there are speculations that BoE could deliver an emergency policy action, ahead of the regular meeting the week after. 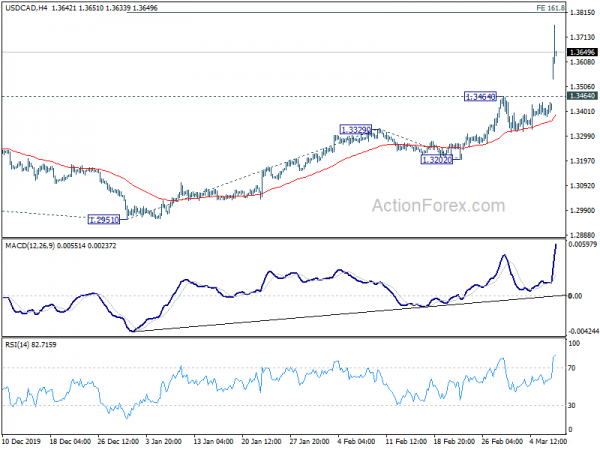 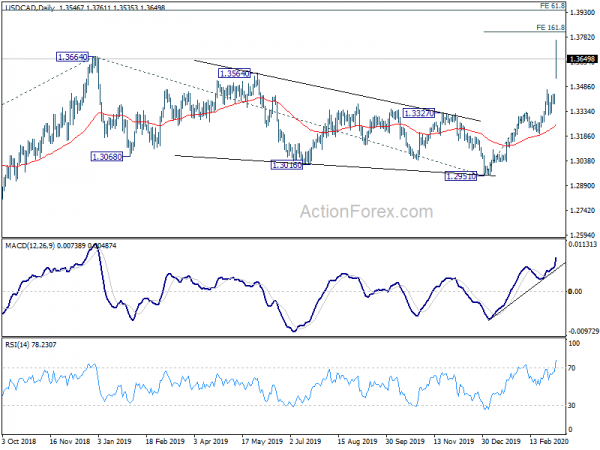