Global stock market rebound continues today on optimism the world is finally seeing the coronavirus curve flattening. As US futures point to another day of high open, current rebound is starting to look sustainable. In the currency markets, Australian Dollar continues to lead the way higher, followed by New Zealand Dollar. Sterling shrugs off the health condition of Prime Minister Boris John and is current the third strongest. Dollar is the weakest one on reverse safe haven flow, followed by Yen and then Swiss Franc.

UK Cabinet Office Minister Michael Gove told LBC radio today that Prime Minister Boris Johnson is “not on a ventilator no” in ICU. Nevertheless, “the prime minister has received some oxygen support and he is kept under, of course, close supervision” for coronavirus treatment.

Abe said, “According to experts’ calculations, if all of us make efforts to reduce contact between people by at least 70% and if possible 80%, then in two weeks the increase in infections will peak out and we can start to reduce it.”

Additionally, the government approved an emergency economic stimulus package that worth JPY 108.2T. That equals to 20% of Japan’s economy output. Direct fiscal spending would amount to JPY 39T, around 7% of the economy.

RBA left cash rate unchanged at 0.25% as widely expected. It also reaffirmed the 0.25% target for 3-year government bond yield with asset purchases. The central bank also said that it “will not increase the cash rate target until progress is being made towards full employment and it is confident that inflation will be sustainably within the 2–3 per cent target band.”

RBA also said noted there is “considerable uncertainty” about the near-term outlook of the economy. Much depends on the successful of coronavirus containment and the length of social distancing. Nevertheless, “a very large economic contraction” is expected in Q2 and unemployment is expected to rise to its “highest level for many years”. 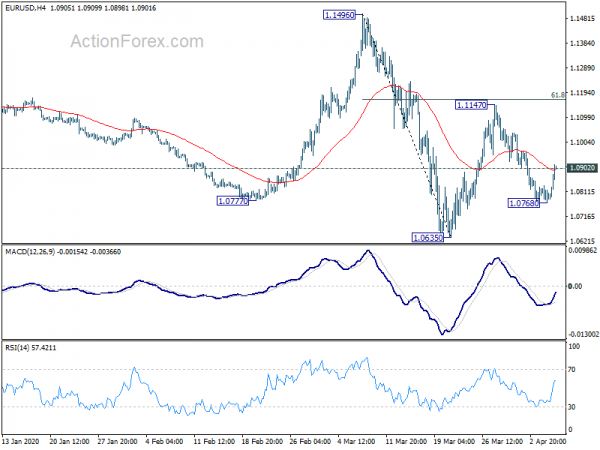 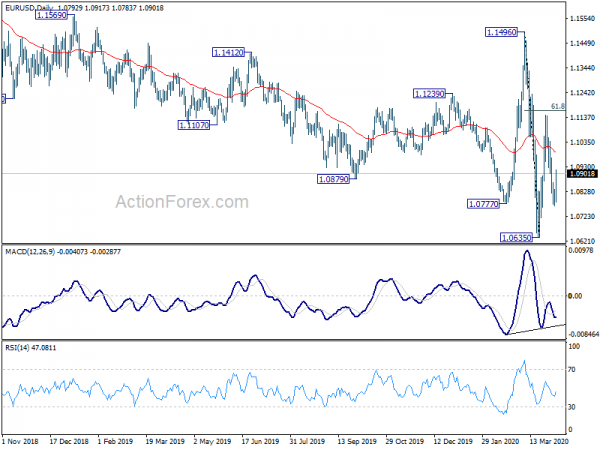 EURGBP Breaks Sideways Pattern, But Can It Break Out?