Dollar and Yen recover mildly today as risk appetite somewhat lost steam again. Australian and New Zealand Dollar turn softer. The pattern of risk-on risk-off is rather common in corrective markets. There are signs of improvements regarding the coronavirus pandemic. But with over 2 millions accumulated infections and 126k deaths, the road to recovery is still long. UK became the sixth country with cases surpassing China. Eyes are also on Turkey, Russia and Brazil, which might have the spread worsening.

Technically, USD/JPY is now pressing 106.91 support. Break will resuming the decline from 111.71 towards 104.58 projection level next. WTI crude oil softens mildly and took out 4 hour 55 EMA. That’s a sign that corrective recovery from 20.40 has completed and deeper fall could be seen. If that happens, risk off will have a come back lifting safe haven currencies. This time, based on USD/JPY’s development, the Yen might have an upper hand over Dollar.

Richmond Fed President Thomas Barkin said yesterday that unemployment rate could hit double digits. He pointed to the 30 million people working in hospitality, retail, retail and entertainment, which makes up around 20% of total workforce. Shutting down of these industries could lead jobless rate to mid-to-high teens. And, “We’re going to have a tough second and third quarter, that’s for sure.”

At the same time, businesses are already planning their post-pandemic lives, preparing for more resilience to health crisis. “Folks who are in consumer facing businesses are thinking very aggressively about how you can build separation, cleanliness, a health protocol,” into their operations, he added. “People are rethinking supply chains — to diversify them. They have seen the implications of an outage.”

St. Louis Fed President James Bullard said there is “no reason” the economy can’t come back in a “V-shape” rebound. He added that a robust recovery can happen if it’s “managed appropriately”. He pointed to the surge in jobless claims and noted most people believed unemployment rate is “already in the double-digit range”. Though, “ideally, the unemployment rate would spike at a high level then come down again as we get the economy started up again on the other side of this crisis.”

Chicago Fed President Charles Evans said there is a “hopeful possibility” that the sharp recession can be just a “temporary downturn.” But “there are many caveats in the hopeful story line, and many, many things must go right in order to minimize the economic pain.” The biggest risk is that coronavirus “may be with us for a while” and delay the recovery even into 2021.

Australia Westpac Consumer Sentiment dropped sharply by -17.7% to 75.6 in April. That’s the single biggest monthly decline in the 47 year history of the survey. The index also dived through the trough during 2008-2009 global financial crisis, to the levels only seen during the deep recessions of the early 1990s (64.6) and early 1980s (75.5).

Though, Westpac chief economist Bill Evans noted that “Australia’s pandemic experience to date has been much less debilitating than that of the hardest hit areas abroad… Recent evidence showing a clear slowing in new cases that indicates policy measures are working to contain the spread.” He expected the economy to be lifted in the December quarter following “three consecutive quarters of economic contraction”.

Regarding the upcoming RBA meeting on May 5, Evans said “It seems likely that the Board considers it has done its duty to support the economy and will now look to governments if further support for the economy is required.”

China’s PBoC cut the interest rate on its one-year medium-term lending facility today, by 20bps to 2.95%. That’s the lowest level on record and is expected to inject CNY 100B into the market. The move should also pave the way for a similar reduction in the benchmark Loan Prime rate later on the 20th, to lower financing costs for businesses.

Earlier in the month, PBoC announced to cut the RRR for small banks to release reserves. The first phase would take effect today, and free up around CNY 200B of long-term funds. A total of CNY 400B of liquidity is expected after the second-phase of reserve ratio cut due in mid-May.

IMF: Global economy to contract -3% this year, advanced economies by -6.1%

IMF warned yesterday that because of coronavirus pandemic, “it is very likely that this year the global economy will experience its worst recession since the Great Depression, surpassing that seen during the global financial crisis a decade ago. The Great Lockdown, as one might call it, is projected to shrink global growth dramatically.”

Global economy is expected to return to growth in 2021. But IMF chief economist Gita Gopinath  warned that “this recovery in 2021 is only partial as the level of economic activity is projected to remain below the level we had projected for 2021, before the virus hit. The cumulative loss to global GDP over 2020 and 2021 from the pandemic crisis could be around 9 trillion dollars, greater than the economies of Japan and Germany, combined.”

BoC rate decision will be a major focus for today. Having cut the policy three times and announced QE program in March, BoC will likely keep the powder this time. Policymakers would explain the rationale of the stimulus measures, reinforcing that the policies are essential to containing the sharp slowdown in the first quarter.

Recent economic data suggest that Canada’s economy is hit hard by the coronavirus pandemic and the collapse of oil prices. The members will likely continue to warn of the negative impacts brought about the coronavirus and selloff in oil prices due to global surplus. There will likely sharp downgrade in economic projections. More in BOC to Stand on Sideline this Week. Unscheduled Policy Announcement Possible in Near Future. 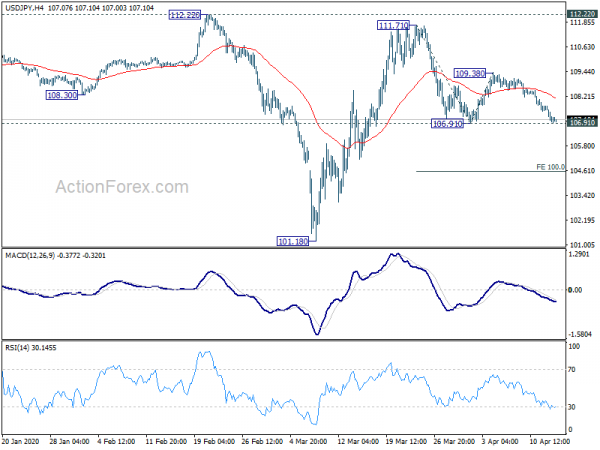 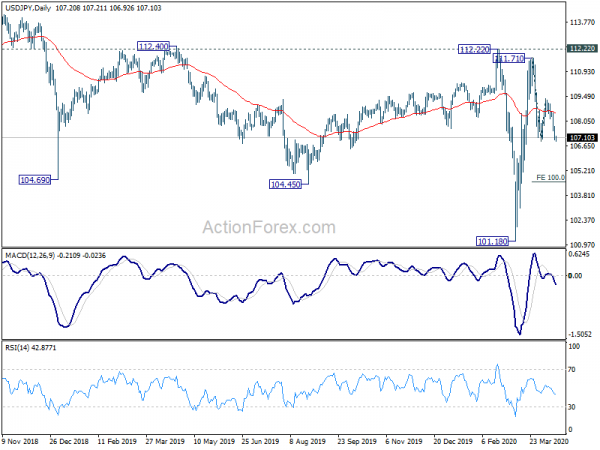 Markets Breathe A Sigh Of Relief