Economic data from the US shows the sharpest labor downturn in history due to coronavirus pandemic. Yet, the financial markets have little reactions to the terrible data. US futures are pointing to higher open while European indices are in black. Investors are somewhat relieved by a formal statement by US Trade Representative regarding the “good progress” made in US-China trade deal implementations.

US non-farm payroll employment dropped by -20.5m in April. The over-the-month decline is that largest on record since 1939. Employment dropped to the lowest level since February 2011. Unemployment rate surged to 14.7%. This is the highest rate and largest over-the month increase in history of the series started back in January 1948. Labor force participation rate also dropped by -2.5% to 60.2%, lowest since January 1973.

According to a flash survey of the German Chamber of Commerce and Industry DIHK, 60% of companies continue to suffer from lower demand during coronavirus crisis. 43% are experience cancelled orders. Investments are also cut back by more than a third.

80% expect a decline in sales for the whole year. One in four even fear a decline of more than 50% in sales. Over a third of companies expect a return to previous business situation in 2021 at the earliest.

“This shows the enormous challenges we are now facing,” said DIHK President Eric Schweitzer. “There is still a long way to go before our economy recovers.”

Also from Germany, trade surplus narrowed to EUR 12.8B in March, down from EUR 21.4B, missed expectation of EUR 20.1B.

In the statement of monetary policy, “the Board will not increase the cash rate target until progress is being made towards full employment and it is confident that inflation will be sustainably within the 2–3 per cent target band”. Additionally, “the Board is committed to do what it can to support jobs, incomes and businesses during this difficult period and to make sure that Australia is well placed for the expected recovery.” 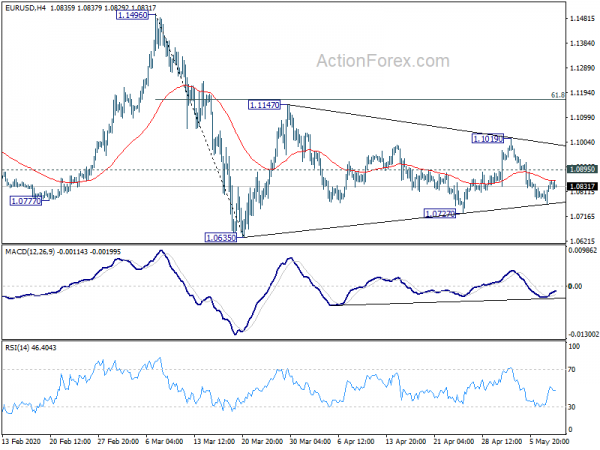 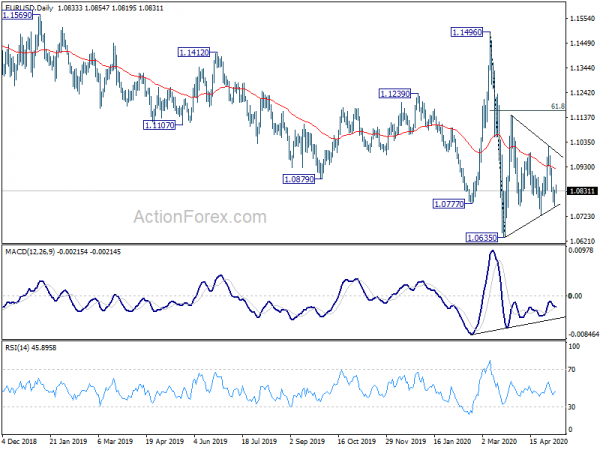