Risk appetite was firm overnight as NASDAQ made another record high. Yet, Asian markets are rather quietly treading water. New Zealand Dollar tumbles broadly today as dovish RBNZ hints on further easing. There are talks that the central bank would expand asset purchases in August meeting. On the other hand, Aussie is the strongest one for today, followed by Euro. As for the week, Dollar remains the weakest one even though there is no clear follow through selling so far. 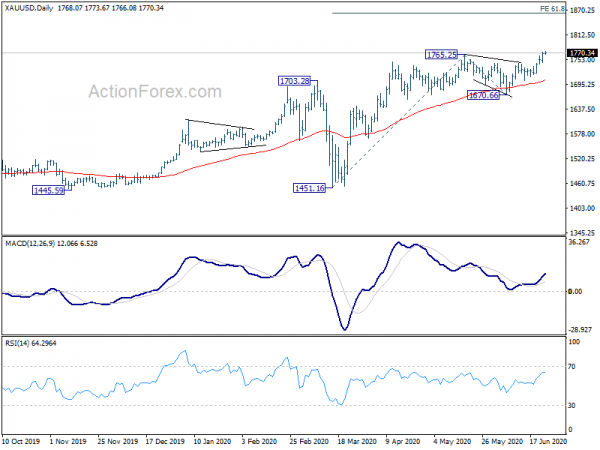 New Zealand Dollar weakens broadly after RBNZ kept policy unchanged and issued a dovish statement, which hinted at further easing ahead. OCR was kept at 0.25% while quantum of the LSAP QE program was held at NZD 60B. In the discussions of the board meeting, the committee acknowledged the “improvements” in the outlook as the country has moved to coronavirus Alert Level 1 sooner than assumed. The government’s spending intentions was also larger than assumed and would provide more spending support than previously estimated.

However, members were concerned that the “positives could be short-lived given the fragile nature of the global pandemic containment”. It’s “not yet clear whether the monetary stimulus delivered to date is sufficient” and risks remain “skewed to the downside”. More importantly, members discussed the pros and cons of “expanding” the LSAP program, which would be driven by the outlook. A change in asset purchase size needs to be of “sufficient magnitude”. Staff are also “working towards ensuring a broader range of monetary policy tools would be deployable in coming months, including a term lending facility, reductions in the OCR, and foreign asset purchases, as well as reassessing the appropriate quantum of the current LSAP.”

NZD/JPY dips notably after the release Current development suggests that price actions from 68.19 are merely a consolidation pattern, which could have completed at 69.66. Immediate focus is back on this 68.19 support. Break will extend the fall from 71.66. 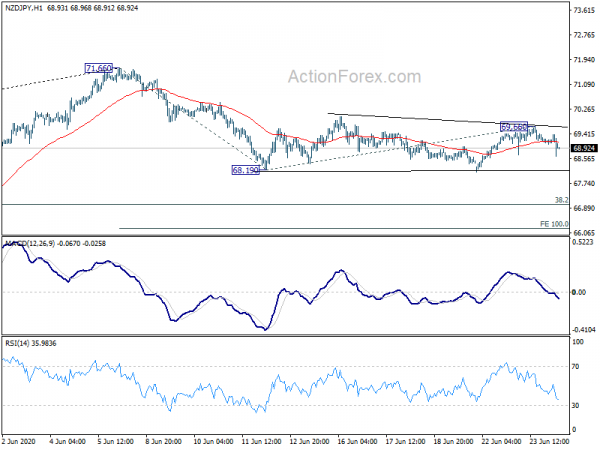 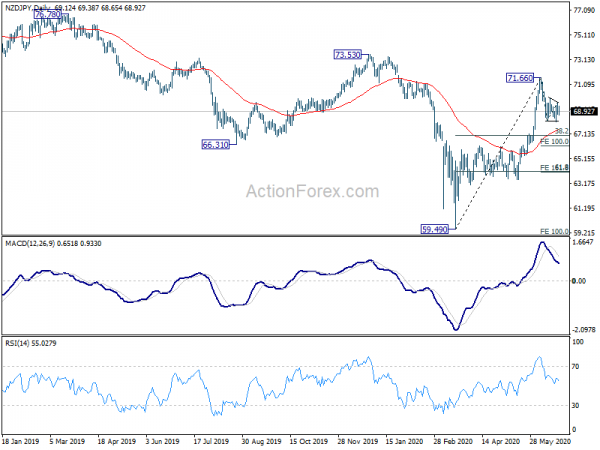 BoJ: Desirable to confirm and examine the effects of adopted easing measures for now

In the summary of opinions of BoJ’s June 15-16 meeting, it’s noted that the economy is “likely to remain in a severe situation for the time being” due to coronavirus pandemic. But the economy “recently appears to have bottomed out. But the “pace of economic recovery will likely be slow”. regarding prices, it’s “unlikely at present that the inflation rate will approach 2 percent with momentum in the foreseeable future”.

It’s also noted that the current three monetary easing measures, the financing program, provision of yen and foreign currency funds, and asset purchases, are “flexible” and “highly adaptable” to various developments. The measures adopted since March “have been exerting their intended effects”. It’s “desirable to carefully confirm and examine their effects for the time being”.

Also from Japan, corporate service price index rose 0.8% yoy in May, below expectation of 1.1% yoy.

Swiss will release ZEW expectations. But main focus will be on Germany Ifo business climate. Later in the day, US will release house price index and crude oil inventories. 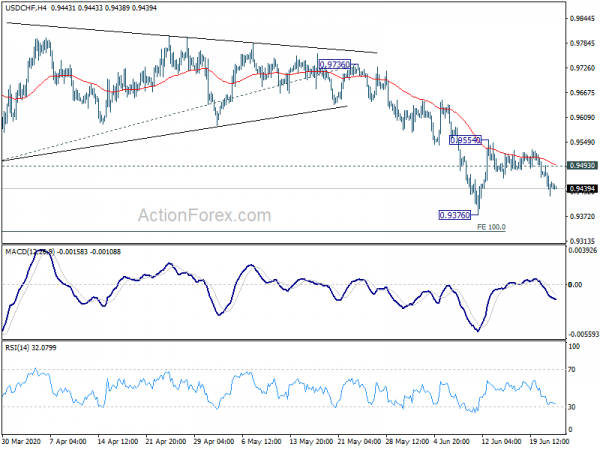 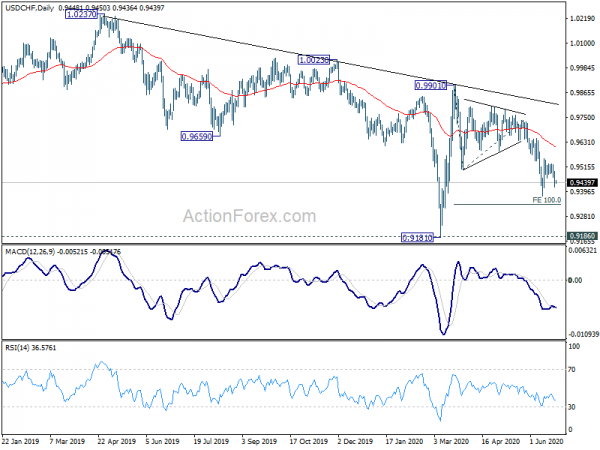