Sterling tumbles broadly today, appeared to be weighed down by UK Prime Minister Boris Johnson’s plan to double down on public investments. The selloff is particularly apparent against Euro, as the latter was lifted mildly by improvements in Eurozone confidence indicators, and better than expected Germany CPI. The developments also took Swiss Franc higher. On the other hand, Yen and Dollar are following the Pound as next weakest.

Technically, EUR/GBP is showing clear upside acceleration now. Sustained break of 0.9182 fibonacci level could pave the way back to 0.9499 high. GBP/CHF is on track to corresponding fibonacci support at 1.1544. Sustained break will pave the way to retest 1.1102 low. Also, note that EUR/USD rebounds well ahead of 1.1168 support and focus is back on 1.1348 resistance. Break will likely extend recent rally through 1.1422 high. Such development could trigger more broad based rally in Euro elsewhere. 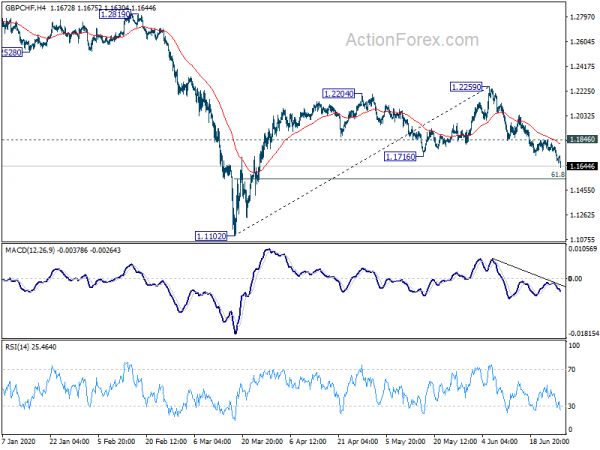 Eurozone Economic Sentiment Indicator rose to 75.7 in June, up form 67.5, but missed expectation of 80.0. Nevertheless, the +8.2pts rise was still the largest month-on-month increase on record. ESI has recovered some 30% of the combined losses of march and April.

Also, Employment Expectations Indicator continued last month’s steep recovery and jumped from 70.1 to 82.8. Depending on the sector, employment plans have so far recovered some 40% to 60% of the recorded losses incurred in March and April.

Germany CPI jumped to 0.9% in June, above expectations

Japan retail sales dropped -12.3% yoy in May, below expectation of -11.6% yoy. It’s also the second straight month of double-digit contraction, due to coronavirus pandemic and corresponding lockdown measures. Back in April, retail sales contracted -13.9% yoy, the worst since March 1998.

BoJ Governor Haruhiko Kuroda warned last Friday that the second-round effects of the coronavirus pandemic could still hurt the economy “considerably”. Yet for now, it is “not necessary” to act to “further lower the entire yield curve”.

RBNZ Governor Adrian Orr said the global economic disruption caused by the coronavirus pandemic is “expected to persist and lead to lower economic growth, employment, and inflation well into 2021 at the least.”

The central bank and New Zealand’s financial system and institutions are “well positioned to both weather this economic storm and support and prosper in the inevitable recovery”.

He’s confident of the position because “the banking system was required, by us, to hold more capital, liquidity, and lower risk mortgage loans during the ‘good times’ of recent years.” And, banks can now be part of the economic recovery.” 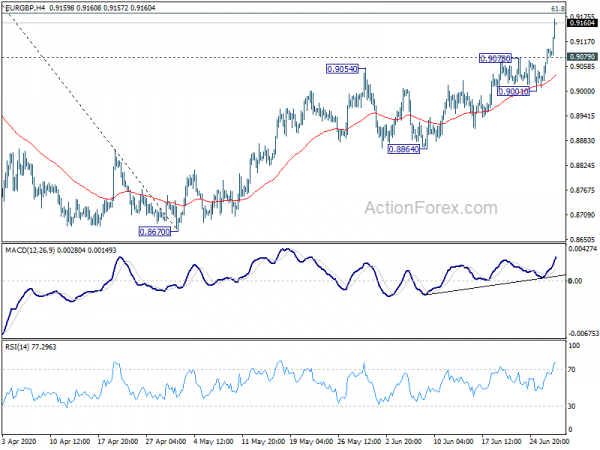 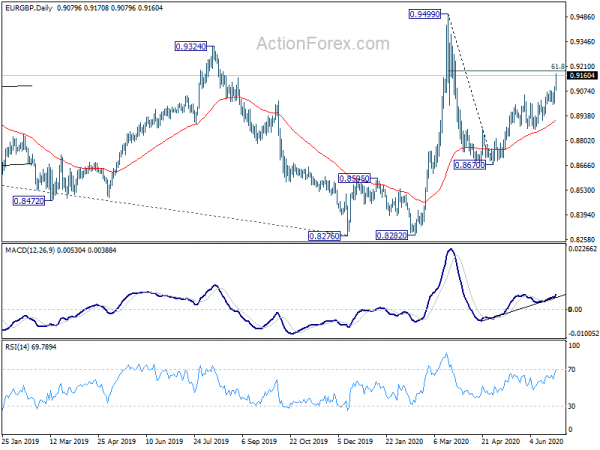