Euro spiked higher in Asian session on ultra thin market condition but quickly retreated. EUR/USD hit as high as 1.0653 but is back at 1.0530 at the time of writing. The pair is also limited well below 1.0669 resistance so far which maintains near term bearishness. EUR/JPY jumped to 122.14 but failed to take out 124.08 near term resistance and is back at 122.70. EUR/JPY is still seen as engaging in sideway consolidation. The more important move is in EUR/GBP which took out 0.8577 resistance and is staying above for the moment. It’s seen as a sign that recent pull back from 0.9304 is completed and we’d probably seen more upside in the cross soon. The development is in line with the outlook in EUR/AUD which suggests some near term bullishness. We’d be paying attention to whether Euro would gain additional momentum against Sterling and commodity currencies.

Dollar, on the other hand, continues to pull back on position rebalancing. The post election rally in the greenback was built on expectation of Donald Trump’s expansive policies, including cutting tax and raising spending. Stocks surged with DJIA closing 20000 handle as the policies would be a boost to the economy. Yields jumped as the policies mean US would have to raise debts with a surge supply in bonds. And, Dollar rose on expectation that Fed would hike rate faster in 2017 due to better economy, higher yield and inflation. So, expectations on Trump’s policies are high and eyes will be closely on what he will deliver in January.

Happy new year to our readers! We’ll be back on January 3.

In the bigger picture, price actions from 0.9304 are viewed as a medium term corrective pattern. Deeper fall cannot be ruled out yet. But we’d expect strong support around 55 weeks EMA (now at 0.8219) to contain downside. Overall, the corrective pattern would take some time to complete before long term up trend resumes at a later stage. Break of 0.9304 will pave the way to 0.9799 (2008 high). 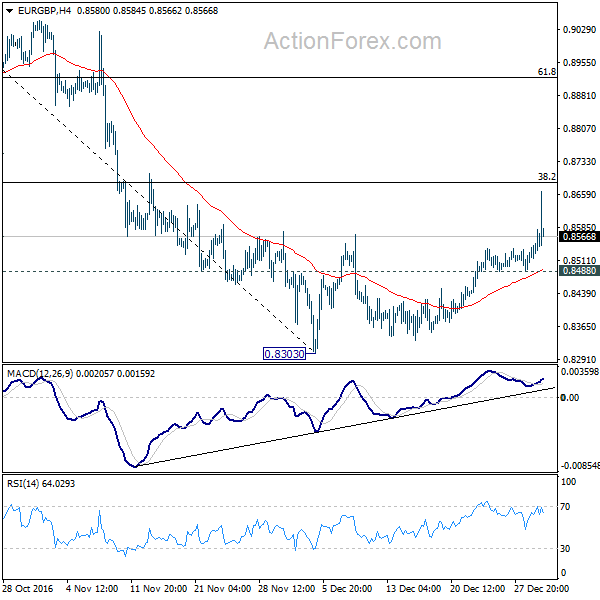 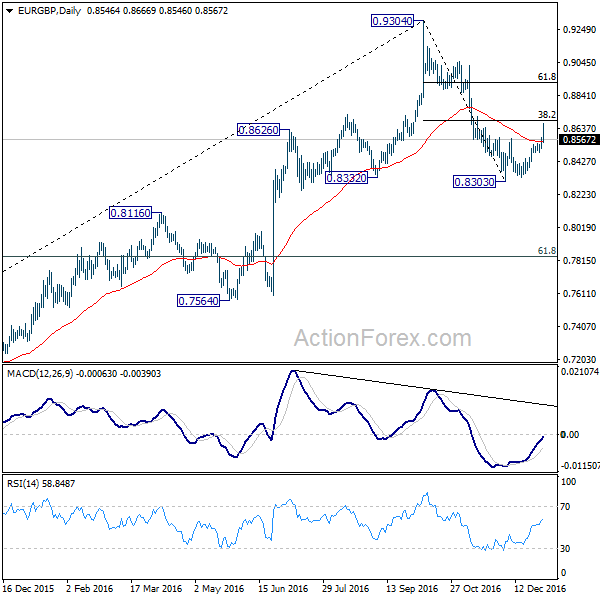