Dollar recovers mildly today as markets start to digest recent broad-based losses. Gold and silver are also in retreats after initial spikes. But the movements are so far rather limited. While some consolidations might be seen, there is no sign for sustainable rebound in the greenback yet. As of now, Canadian Dollar is following Dollar, and then Euro. New Zealand Dollar is the weakest for today, followed by Yen and Swiss Franc.

Gold and silver retreats after initial spike, consolidation but no correction yet

Both gold and silver spiked higher today but retreated sharply since then, apparently on profit taking. The consolidations are set for some consolidations. But there is no evidence for a deeper pull-back yet. 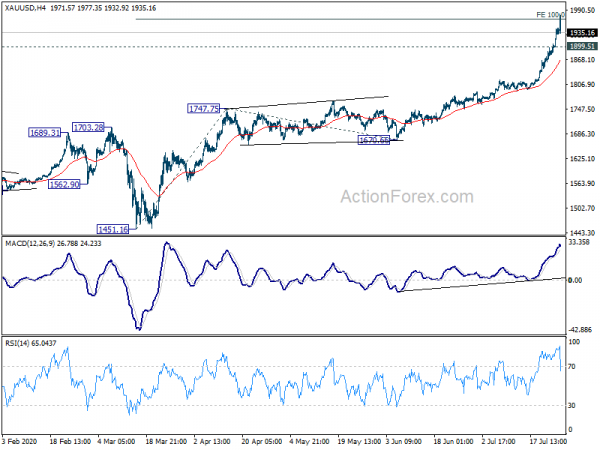 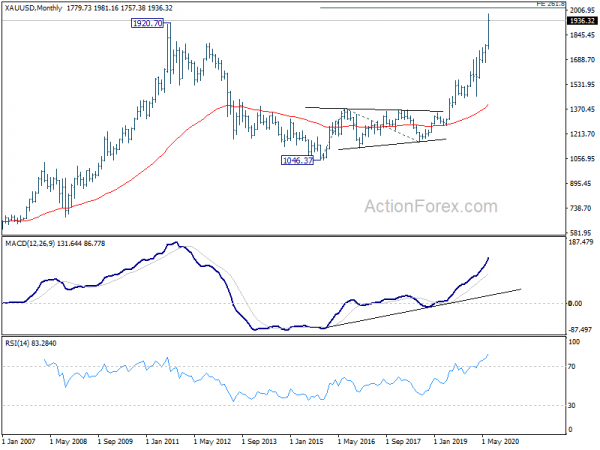 Silver also in steep retreat as spiking to 26.20. The risk of a deeper correction in higher in Silver as it just breached a long term fibonacci resistance level. That is 38.2% retracement of 49.78 to 11.25 at 25.96. Nevertheless, break of 22.24 support is still need to indicate short term topping first. Otherwise, recent rally is still in favor to resume sooner rather than later. 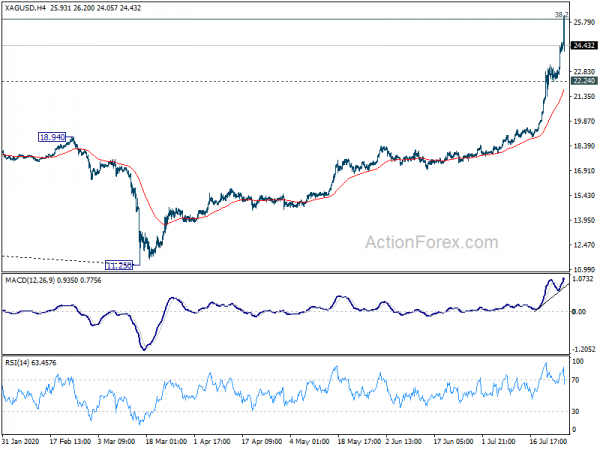 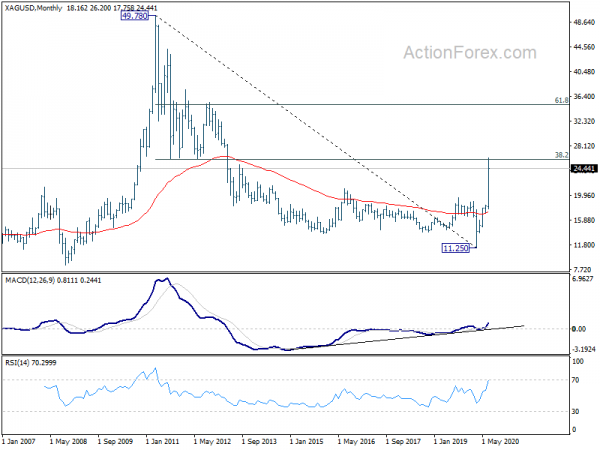 Rating agency Fitch said it affirmed China’s Long-Term Foreign-Currency Issuer Default Rating (IDR) at ‘A+’ with a Stable Outlook. It said the ratings are “supported by the country’s robust external finances, a track record of strong macroeconomic performance and size as the world’s second-largest economy”. But the ratings are “primarily constrained by large structural vulnerabilities in the financial sector, relatively lower per capita income, and weaker government metrics than those of ‘A’ peers”.

Fitch also said China’s economy is “now staging a remarkable recovery”. It forecasts real GDP growth of 2.7% in 2020, revised up by previous estimate of 1.2%. It’s baseline assumes growth will temporarily accelerate to 7.5% in 2020, the slow back to estimated trend rate of 5.5% in 2022.

Fitch also noted the the sharp escalation of geopolitical tensions between China and “a number of major economies”, “across a spectrum of issues”. The tensions “will persist” but they have not had an impact of credit fundamentals in the short term.

“We have seen rises in the last two months following the sharp drop of over 35,000 jobs that occurred in April, when the full COVID-19 lockdown was in place,” economic statistics manager Sue Chapman said. “While job numbers have recovered somewhat in May and June, they are still below pre-COVID levels. Filled job numbers in March and June are usually quite similar, but for this year June is nearly 20,000 jobs lower than March.”

Japan corporate service price index rose 0.8% yoy in June, above expectation of 0.8% yoy. Later in the day, UK will release CBI realized sales. US will S&P Case-Shiller house price. But main focus will be on Conference Board US consumer confidence.

Intraday bias in AUD/USD remains neutral first as it fails to break through 0.7183 temporary top. More sideway trading could be seen but further rise is expected as long as 0.7063 support holds. On the upside, break of 0.7183 will target long term EMA level at 0.7311 next. However, firm break of 0.7063 will now suggests short term topping. Intraday bias will be turned back to the downside for 0.6776 support instead. 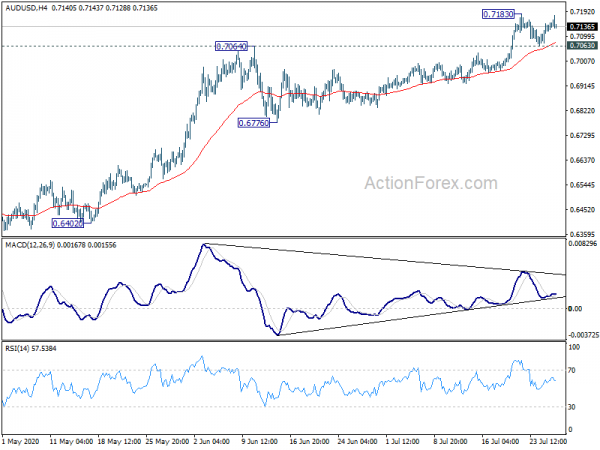 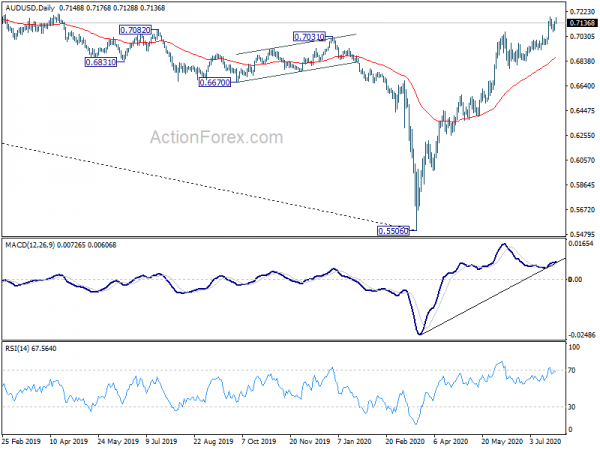