Dollar is back in selloff mode again after rebound attempt failed. The broad based trend against the greenback is clear, with gold hitting new record high above 2000 handle. WTI crude oil is also back above 41, pressing 42 handle. Overall risk-on sentiments, with NADSAQ making new record high, is also unfavorable to Dollar. As for today, commodity currencies are the strongest ones, as led by Aussie. Swiss Franc and Yen are following Dollar as next weakest.

Technically, USD/CAD’s break of 1.3315 short term bottom suggests decline from 1.4667 has finally resumed. Eyes should also be on 42.29 short term top in WTI crude oil. Firm break there could trigger stronger buying and both oil and the Loonie, and prompt more downside acceleration in USD/CAD. As for other dollar pairs, focus is now back on 1.1908 temporary top in EUR/USD, 1.3170 temporary top in GBP/USD and 0.7227 temporary top in AUD/USD. 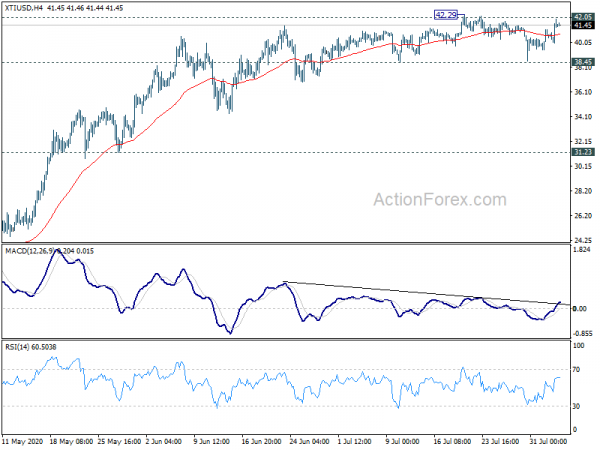 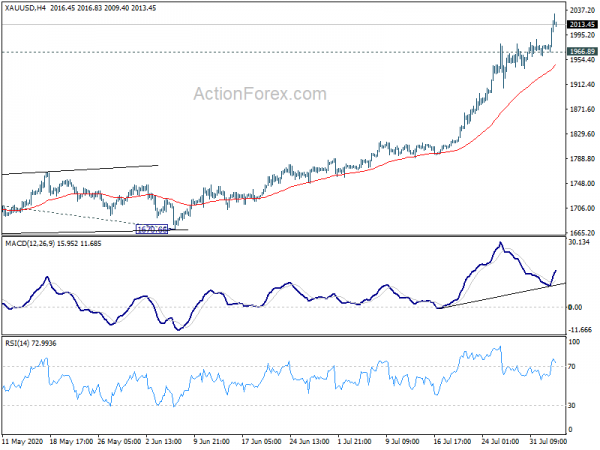 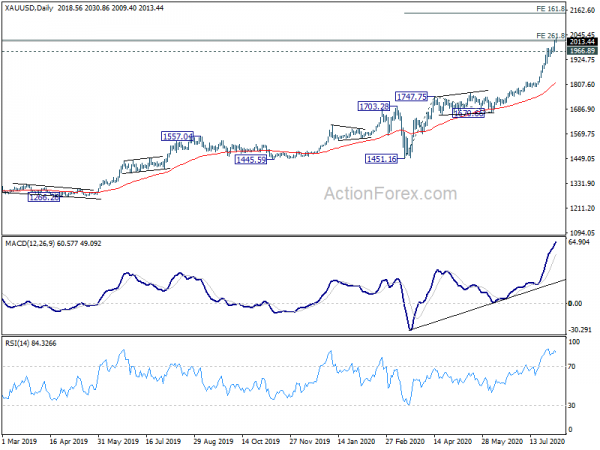 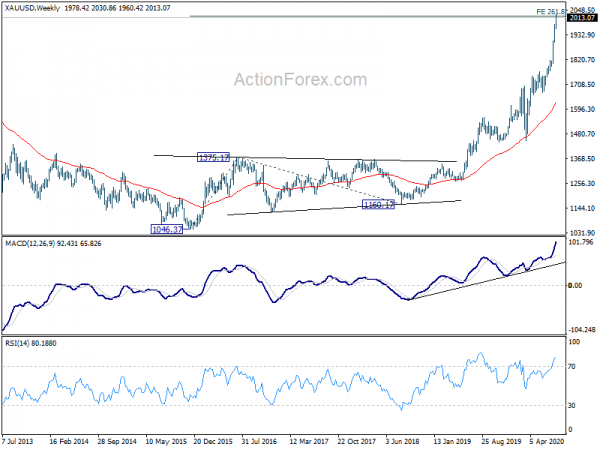 On the downside, the lower part of this week’s gap, last week’s high of 10747.80, is the first line of defense. 10217.31 support is the key near term structural level to maintain bullishness. 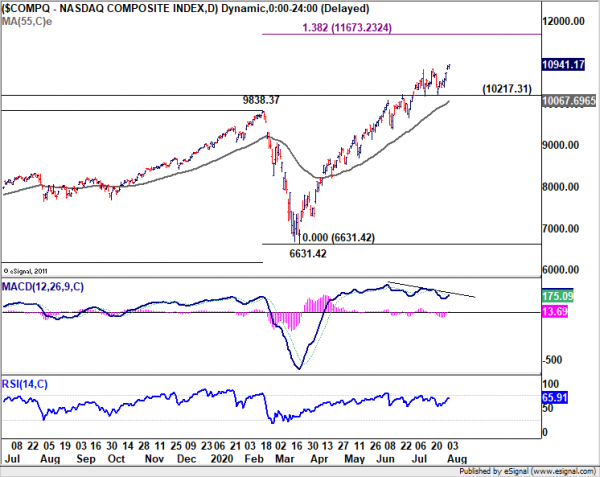 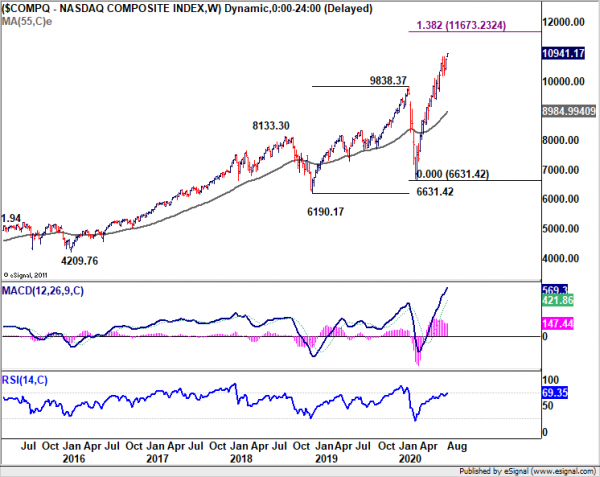 Both employment and unemployment fell in the quarter, as more people were not even in the labor force. Work hours dropped more sharply than employment, reflecting reduced hours worked during lockdown by the people remain employed.

Wang Zhe, Senior Economist at Caixin Insight Group said: “Both the manufacturing and services sectors continued recovering, especially manufacturing. New orders kept increasing and the backlog of work also rose. The gauge for business expectations remained high, suggesting that companies were confident about the economic recovery. Overseas demand continued to be troubled for both sectors.

“Employment was still a key problem. The combination of expanding demand and production with shrinking employment has dogged the economy for several months. In hard times, enterprises look to shore up profits by cutting costs, like labor. Therefore improving employment requires more time and greater confidence among businesses.”

Eurozone and Eurozone PMI services will be featured in European session, together with Eurozone retail sales. But major focus will be US ADP employment and ISM non-manufacturing. US will also release trade balance. From Canada, trade balance will also be featured.

USD/CAD’s break of 1.3315 suggests resumption of whole decline from 1.4667. Intraday bias is back on the downside. Deeper fall should be seen to long term fibonacci level at 1.3056. On the upside, break of 1.3459 resistance is needed to indicate short term bottoming. Otherwise, near term outlook will remain bearish in case of recovery. 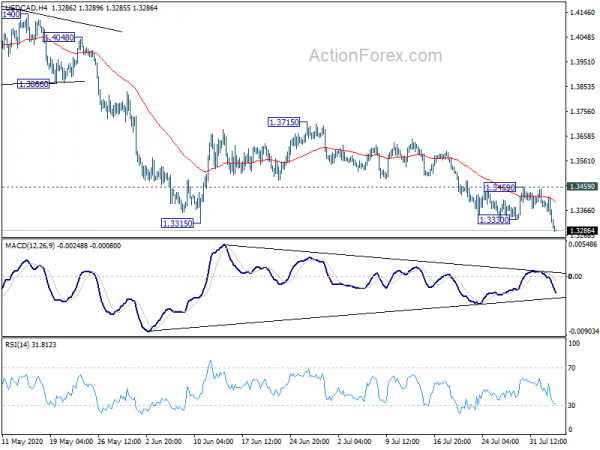 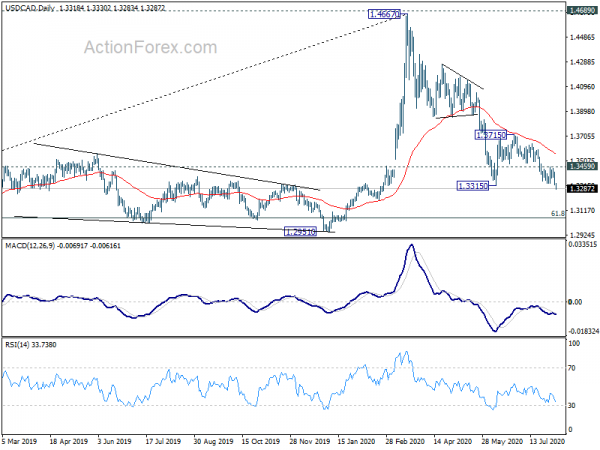