Dollar is back under pressure today as global stock markets strengthen mildly before weekend. Though, overall markets are relatively mixed as we’re seeing some strengthen in both Swiss Franc, Euro and Aussie. On the other hand, Sterling, and Canadian are softer. The developments suggest that major pairs and crosses are trading more on their own rather than on a main unified theme.

Technically, 1.1880 temporary top is EUR/USD is back in focus, together with 0.9030 temporary low in USD/CHF. Break there could make way for more Dollar decline to recent low, like 1.2011 resistance in EUR/USD. But to have more decisive moves, we’d probably also need gold bulls to commit to push it through 1933.17 resistance too. 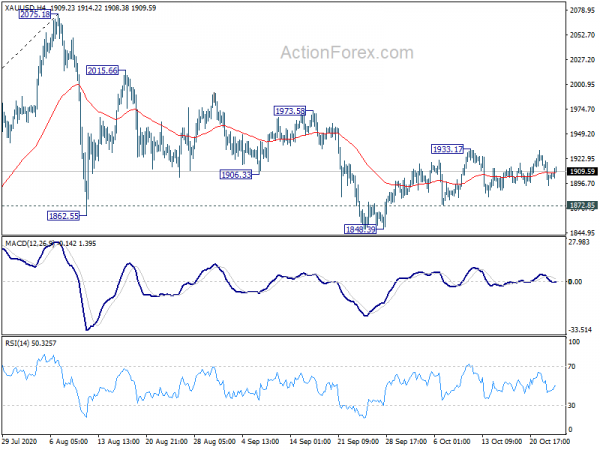 Chris Williamson, Chief Business Economist at IHS Markit, said: “The slower growth of output, the renewed fall in demand and further deterioration in the labour market suggest the economy started the fourth quarter on a weakened footing. While Brexit preparations may cause a short-term boost to some parts of the economy ahead of 31st December, rising COVID-19 cases and the imposition of local lockdown measures bode ill for the near-term economic outlook. While the fourth quarter still looks likely to see the economy expand, the rate of growth looks to have slowed sharply and the risk of a renewed downturn has risen.”

Eurozone PMI composite back in contraction, diverging sectors and countries

“The eurozone is at increased risk of falling into a double-dip downturn as a second wave of virus infections led to a renewed fall in business activity in October. The survey revealed a tale of two economies, with manufacturers enjoying the fastest growth since early-2018 as orders surged higher amid rising global demand, but intensifying COVID-19 restrictions took an increasing toll on the services sector, led by weakening demand in the hard-hit hospitality industry.

“The divergence is even starker by country. While Germany is buoyed by its manufacturing sector booming to a degree exceeded only twice in almost 25 years of survey history, the rest of the region has sunk into a deepening downturn.

“While the overall downturn remains only modest, and far slighter than seen during the second quarter, the prospect of a slide back into recession will exert greater pressure on the ECB to add more stimulus and for national governments to help cushion the impact of COVID-19 containment measures, which not only tightened across the region in October but look set to be stepped up further in November.”

Japan PMI manufacturing edged up to 48.0, slow-going recovery could remain

Japan PMI Manufacturing rose slightly to 48.0 in October, up from 47.7, but missed expectation of 48.4. Markit noted that was the “slowest deterioration in the health of the manufacturing sector since January”. PMI Services dropped to 46.6, down from September’s 46.9. PMI Composite rose 0.1 to 46.7.

Bernade Aw, Principal Economist at IHS Markit, said: “recovery is slow-going and could remain so in the coming months as a global resurgence of COVID-19 cases could weigh on Japanese economic activity, particularly in the external facing sectors”.

Japan CPI core ticked up to -0.3% yoy, no price growth for six months

Japan CPI core (all item ex-food) ticked up to -0.3% yoy in September, from August’s -0.4% yoy, better than expectation. Still, core CPI hasn’t be positive for six months since May. The negative reading was caused largely by the government’s travel discount campaign. Yet, taking that facto out, core CPI was just flat. All item CPI dropped to 0.0% yoy, down from 0.2% yoy. CPI core-core (all item ex-food and energy) ticked up to 0.0% yoy, from -0.1% yoy.

BoJ will release its quarterly economic outlook along with policy statement on October 29. No policy change is expected at the meeting. Though, inflation forecasts could be downgraded to reflect the temporary downward price pressure of Prime Minister Yoshihide Suga’s Go To Travel campaign.

The inflation readings are substantially below RBNZ’s own forecast of 1.1% qoq and 1.8% yoy as presented in the August MPS. While the economy appeared to be rebounding well from pandemic slump, risks to inflation outlook are clearly to the downside. As inflation is expected to slow further ahead, the case for more RBNZ easing continues to build up. It’s just a matter of time when negative rates will be adopted. 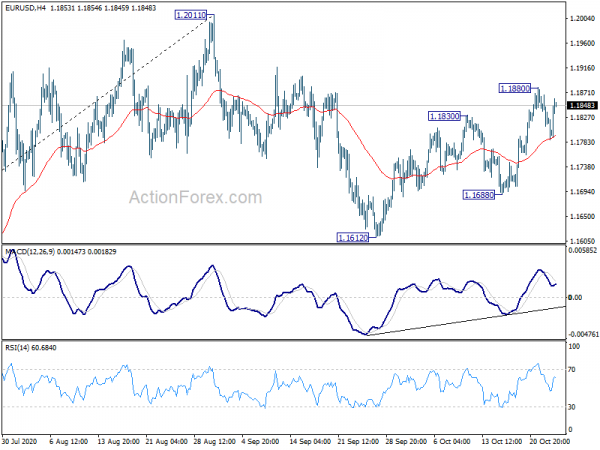 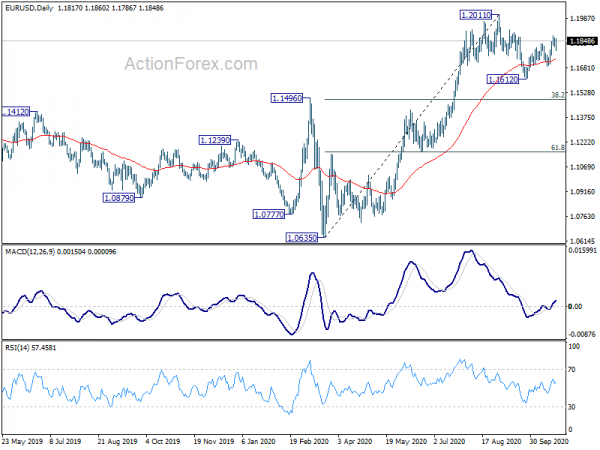