Sterling and Aussie Rise as Risk-On Sentiment is Back

Sterling and commodity currencies are back in driving seat on positive market sentiments. Nikkei rises sharply in Asian session, following another record close in DOW overnight. Treasury yields also appear to have settled in range after this week’s central bank rhetorics. For now, Yen is the worst performing for the week, followed by Dollar. Aussie is the strongest, followed by the Pound.

Technically, USD/CAD’s break of 1.2574 minor support now puts 1.2466 low in focus. Break will resume larger down trend. Attention will turn to 1.4016 minor resistance in GBP/USD and 0.7837 minor resistance in AUD/USD. Break of these levels will put 1.4240 and 0.8008 resistance in focus respectively. Break there will further solidify the comeback of risk-on theme.

“Despite the PMI remaining in expansion, the proportion of those outlining negative comments stood at 54%, compared with 46% in January.  Given the second recent partial lockdown, it remains to be seen what impact this will have on the sector over the next few months,” said BusinessNZ’s executive director for manufacturing Catherine Beard.

BNZ Senior Economist, Craig Ebert said that “supply issues were to the fore from respondents’ comments to February’s PMI survey.  Of those citing negative factors, supply rather than demand problems dominated, with frequent references to supply chains, shipping, freight, costs, and difficulties in finding suitable staff.”

Germany UK GDP and production will be the major focus in European session, while trade balance will also be featured. Germany CPI final and Eurozone industrial will be released too.

Later in the day, Canada employment will take center stage with wholesale sales and capacity utilization. US will release PPI and U of Michigan consumer sentiment. 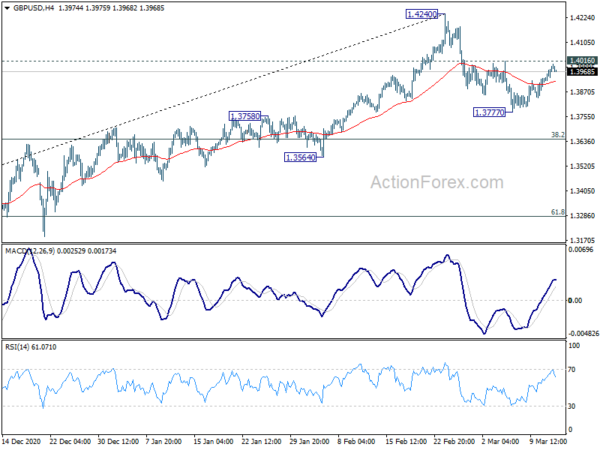 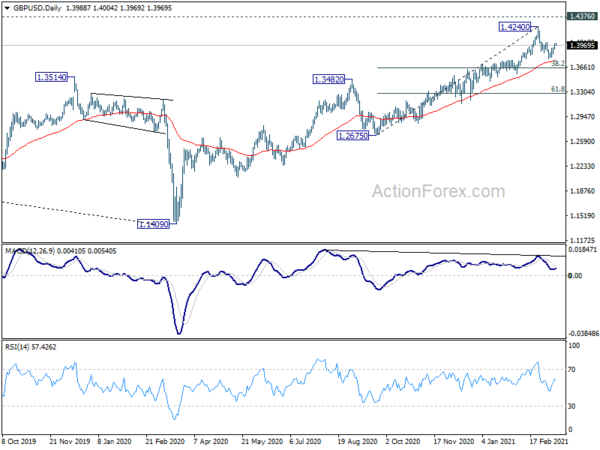