Overall market sentiments stabilized in Asia, after the massive risk-off trades in the US overnight. While Asia indexes are still down, losses are limited. Yen and Swiss franc are paring some gains but remain the overwhelmingly strongest ones. Commodity currencies are the weakest as led by Canadian Dollar. Dollar and Euro are mixed for now, stuck in between. Focuses will remain on whether concerns over delta variants of COVID-19 would spread further.

Technically, one development to note is that Gold has rebounded notably after defending 1791.45 support. Rise from 1750.49 might not be over yet and is still in slight favor to resume through 1833.91 at a later stage. That also indicates some uncertainty over Dollar’s strength, which is also reflected in lack of follow through selling in EUR/USD. We’d continue to monitor developments in Gold to double confirm the next move in the greenback. 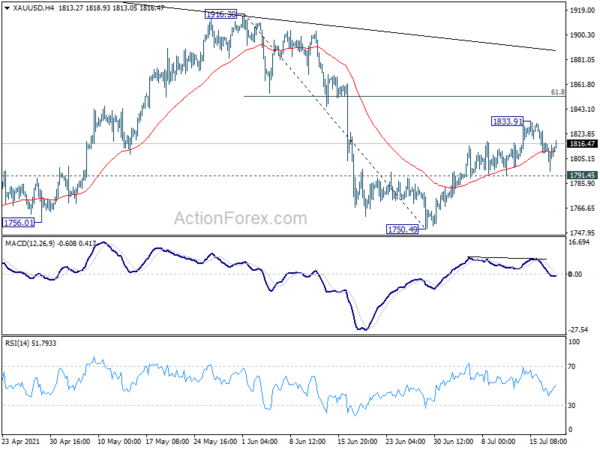 RBA Minutes: Conditions for rate hike won’t be met until 2024

In the minutes of July 5 meeting, RBA reiterated that the “central scenario implied that the conditions for an increase in the cash rate would not be met until 2024”. However, “fast-than expected” recovery over the course of 2021 had “widened the range of alternative plausible scenarios for the economic outlook”, and thus, “the cash rate over the period to November 2024”. Hence, it decided to retain April 2024 bond as the target bond, rather than extending the horizon to November 2024 bonds.

On the decision on the size of weekly bond purchases, it noted that “the economic outcomes had been materially better than earlier expected and the outlook had improved”. And, “in light of these improvements and the agreed decision-making framework, members decided to adjust the weekly purchases from $5 billion to $4 billion and agreed to review the rate of purchases at the November 2021 meeting.”

US 10-year yield dropped to 1.18 on delta variant worries

As worries over the impact of delta variant grew, US stocks and treasury yields tumbled sharply overnight. Markets appeared to be pricing out some of the more optimistic growth scenarios for the quarters ahead. Instead, investors turned cautious as restrictions could still come back, which is happening in some countries like Australia already, even though the economy is more adapted to it after more than a year of “drills”. 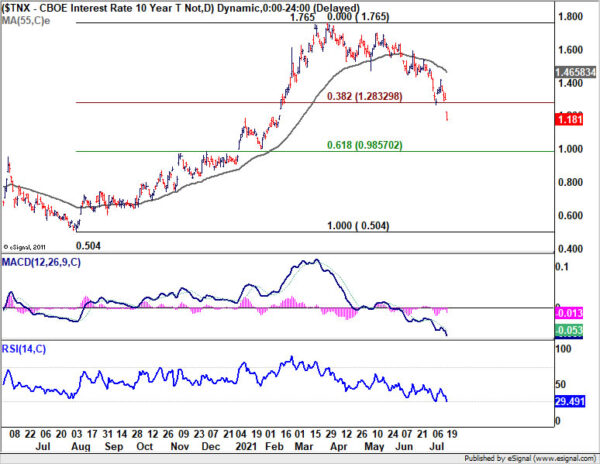 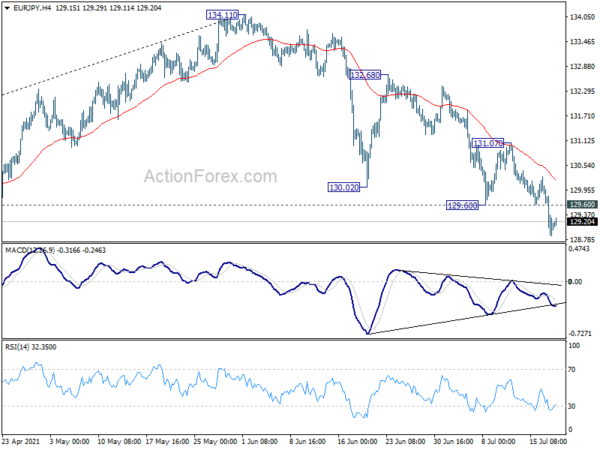 In the bigger picture, rise from 114.42 is seen as a medium term rising leg inside a long term sideway pattern. As long as 127.07 resistance turned support holds, further rise is still expected to retest 137.49 (2018 high) However, firm break of 127.07 will argue that the medium term trend has reversed, and open up the case for retesting 114.42. 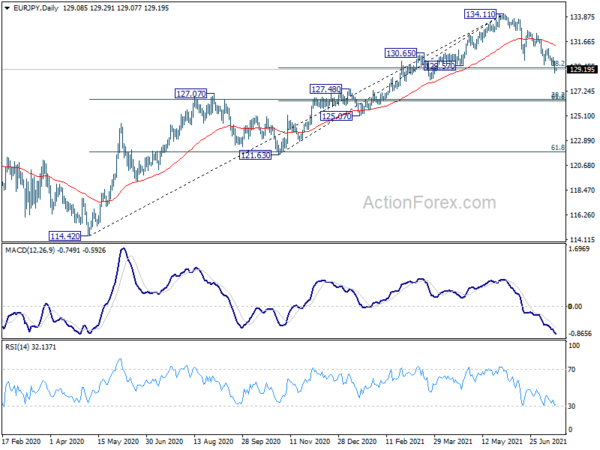