US stocks surged to new records overnight despite Fed’s tapering announcement. Positive sentiments also continued in general in Asia. Dollar remains mixed for now and traders are probably awaiting tomorrow’s non-farm payroll report before taking a commitment. Focus will now turn to BoE rate decision, as Sterling is trading with an undertone.

Technically, The general pull back in major global benchmark yield is capping Yen crosses’s rally attempts. But judging from the structure of the price actions, the crosses are clearly in consolations and upside breakouts are in favor, just when. We’d pay close attention to 133.44 resistance in EUR/JPY, 158.19 resistance in GBP/JPY and 93.00 resistance in CADP/JPY to gauge the timing of the breakouts. 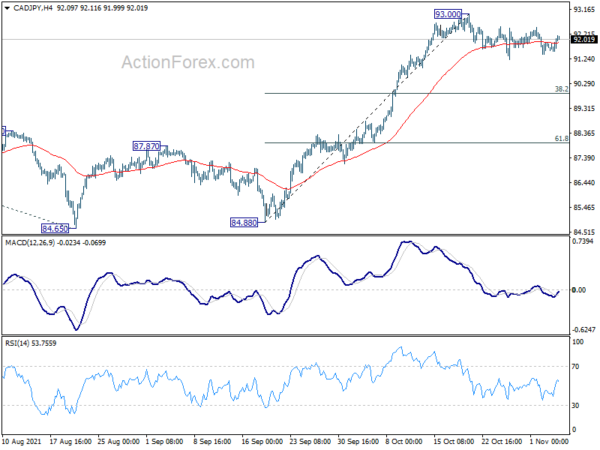 As widely anticipated, the Fed announced to taper its QE program. The Fed funds rate was kept unchanged at 0-0.25%. Fed continued to view inflation as “transitory” and did not appear to think that a rate hike was imminent. 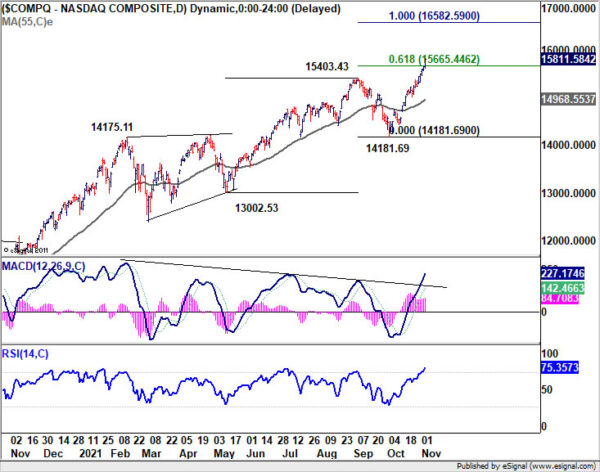 Ben James, Director of Quarterly Economy Wide Statistics said: “The Delta outbreak from late June led to protracted lockdowns in many mainland jurisdictions, with the restrictions causing many retailers to close their physical stores throughout the September quarter. This resulted in the largest quarterly fall in national sales volumes ever recorded.”

BoJ Kuroda: YCC to continue even after the pandemic

Kuroda said he explained BoJ’s monetary policy to Kishida, and reiterated the aim to achieve 2% inflation target. When asked about Fed’s tapering, he explained that BoJ is in different situation from western central banks.

Also, Kuroda said that yield curve control will continue even after the pandemic is contained.

Today’s BoE meeting is, as new BoE Chief Economist Huw Pill described, “live” and “finely balanced”. There is a thin majority of economists expecting no change. But market pricing suggests that a hike is not really a surprise. But in either case, the new economic projections, as well as voting would more likely be the things that move markets.

Sterling is generally soft ahead of BoE’ rate decision. GBP/CHF broke through 1.2467 support this week and resumed the whole decline from 1.3070. For now the structure of the fall suggests that it’s corrective in nature. Hence, even in case of deeper decline, we’d expect strong support from 1.2259 to contain downside and bring rebound.

Nevertheless, while break of 1.2541 minor resistance will bring recovery, break of 1.2759 resistance is needed to signal a near term bullish reversal. Otherwise, outlook will be neutral at best. 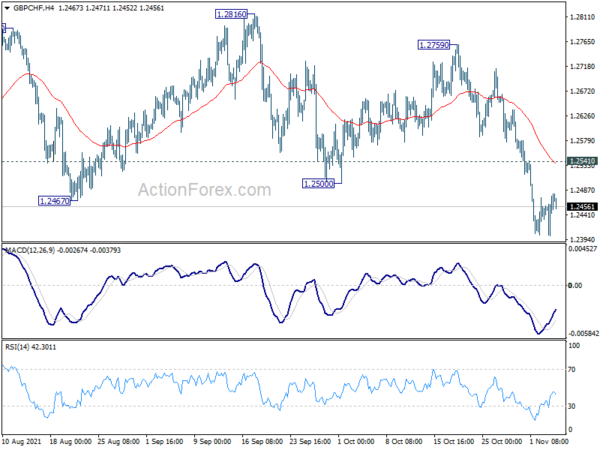 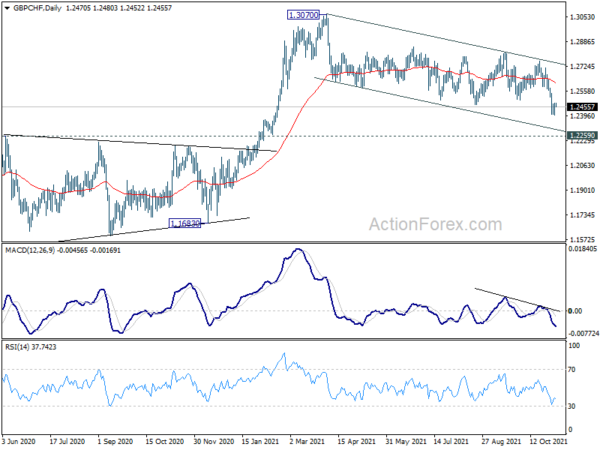 Intraday bias in GBP/USD is turned neutral with current recovery, but further decline is in favor with 1.3708 minor resistance intact. Below 1.3604 will target a test on 1.3410 low. Break there will resume larger decline from 1.4280. On the upside, though, break of 1.3708 minor resistance will turn bias back to the upside for 1.3833 resistance again. Decisive break of 1.3833 will re-affirm the case that corrective fall from 1.4248 has completed at 1.3410 already. 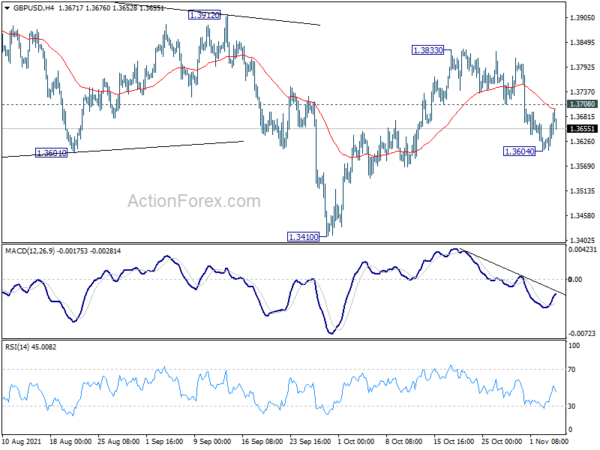 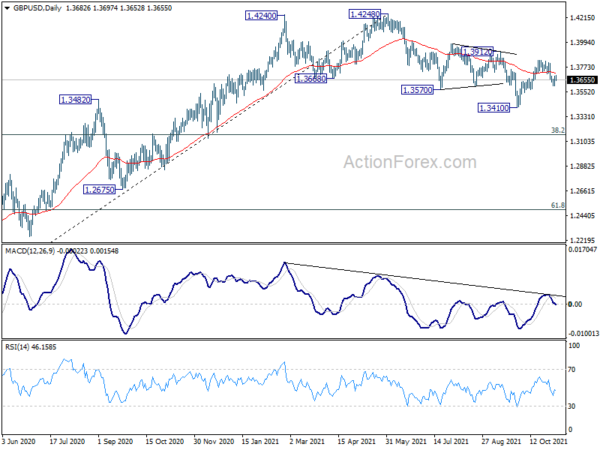