Dollar stays generally firm in Asian session, following the post CPI rally overnight. Yen is some what helped by the selloff in stock markets despite rebound in US yields, and remains firm except versus the greenback. On the other hand, Australian Dollar tumbles sharply following much worse than expected job data, and leads other commodity currencies lower.

Technically, Dollar has made some progress with EUR/USD breaking through 1.1512 temporary low, and GBP/USD breaking 1.3410 support. USD/CAD’s break of 1.2497 resistance is also a sign of more rally. A focus now is on whether USD/JPY would break through 114.69 high to resume larger up trend, and confirm Dollar’s one-sided rally. 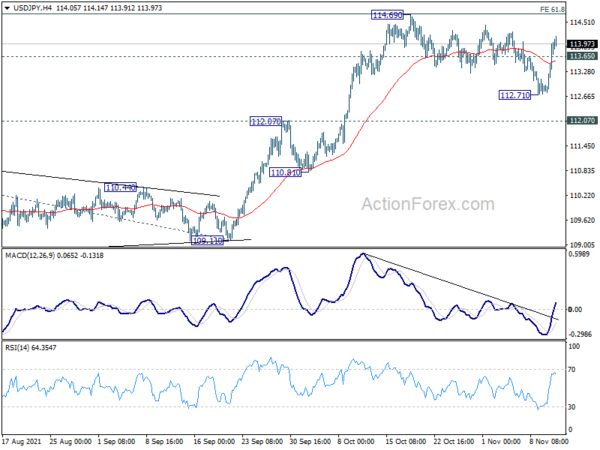 US treasury yields staged a strong rebound overnight following the much stronger than expected CPI data. Five year yield closed up 0.146 at 1.214. The development suggests that pull back from 1.251 has completed after well defending 1.042 support. The stay above rising 55 day EMA also keeps near term outlook bullish. Retest of 1.251 resistance would be seen soon. Firm break there will resume larger up trend from 0.192 to 100% projection of 0.192 to 0.988 from 0.606 at 1.402. 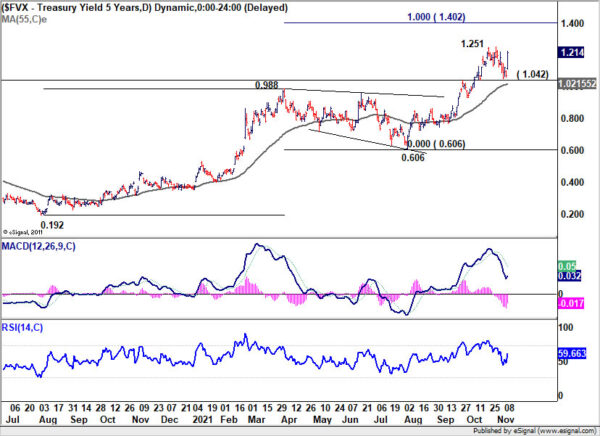 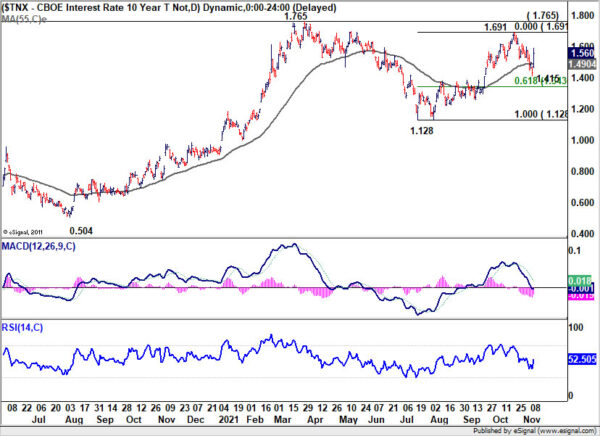 Bjorn Jarvis, head of labour statistics at the ABS: “The increases in unemployment show that people were preparing to get back to work, and increasingly available and actively looking for work – particularly in New South Wales, Victoria and the Australian Capital Territory. This follows what we have seen towards the end of other major lockdowns, including the one in Victoria late last year.”

“It may seem counterintuitive for unemployment to rise as conditions are about to improve. However, this shows how unusual lockdowns are, compared with other economic shocks, in how they limit being able to work and look for work.”

UK GDP, productions and trade balance will be featured in European session. ECB will release monthly economic bulletin too. US and Canada will be on holiday.

AUD/USD’s fall from 0.7555 extends to as low as 0.7294 so far today. Current development argues that corrective rise from 0.7105 has completed with three waves up to 0.7555. Intraday bias stays on the downside for 0.7169 support first, and then 0.7105 low. We’d look for bottoming signal again at around 0.6991 key support. On the upside, though, break of 0.7431 resistance is needed to indicate completion of the fall. Otherwise, further decline will remain in favor. 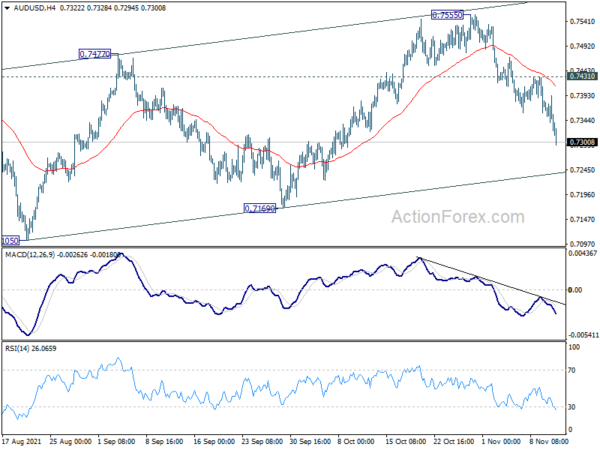 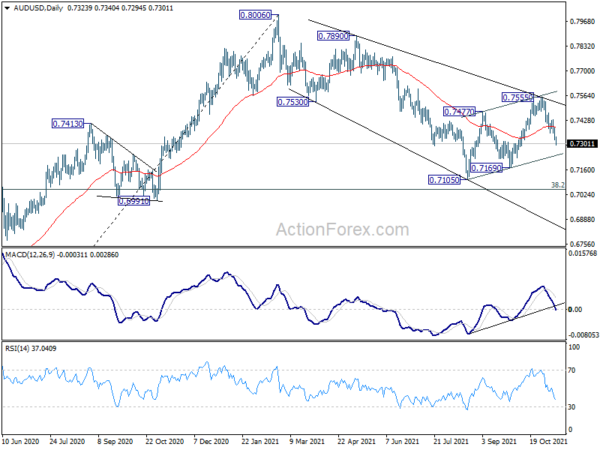