Technically, we’ll look at some Yen crosses to gauge if the overall risk sentiment is really turning. As long as 82.42 resistance turned support in AUD/JPY holds, we’d still expect rebound from 78.77 to resume through 84.27 at a later stage. Similarly, as long as 77.96 resistance turned support in NZD/JPY holds, we’d expect rise form 75.96 to continue through 79.22. However, firm break of 77.96 will argue that NZD/JPY has completed the rebound and bring retest of 75.95. 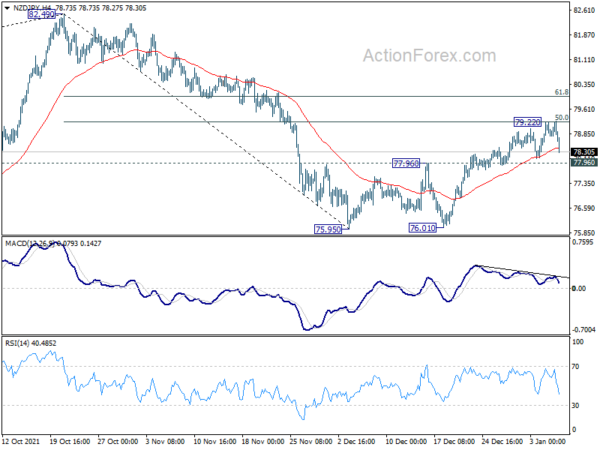 US stocks tumbled overnight and treasury yields surged after surprisingly hawkish minutes of December FOMC meeting. Firstly, “participants generally noted that, given their individual outlooks for the economy, the labor market, and inflation, it may become warranted to increase the federal funds rate sooner or at a faster pace than participants had earlier anticipated. 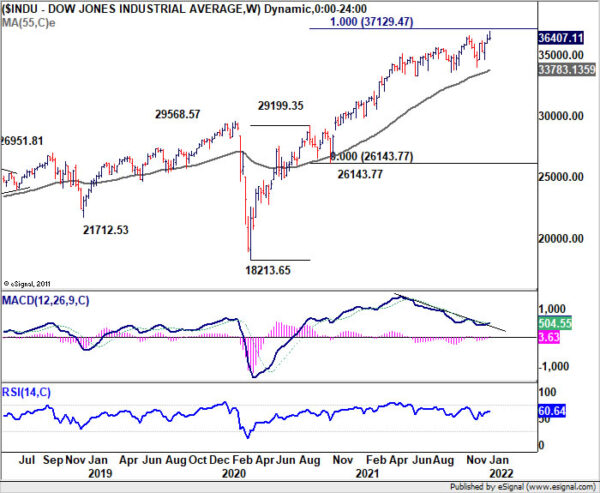 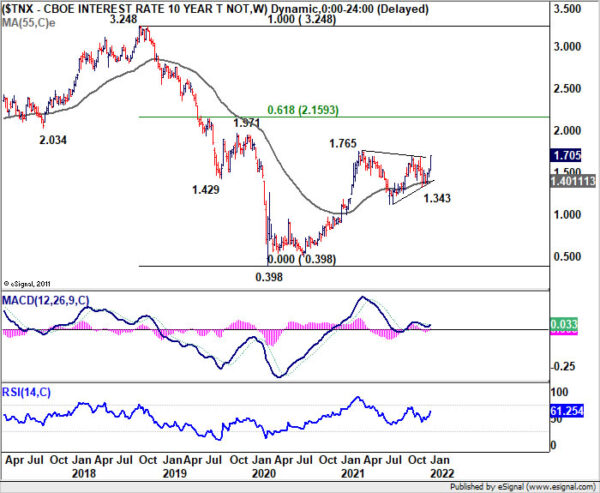 Wang Zhe, Senior Economist at Caixin Insight Group said: “To sum up, the economy recovered in December with improvements in demand and supply of manufacturing and services. Inflationary pressure eased. But the job market was still under pressure and businesses were less optimistic, raising questions about the stability of the economic recovery. The repeated Covid-19 flare-ups and sluggish overseas demand were challenges to stability.”

AUD/USD drops sharply today but stays above 0.7081. Intraday bias remains neutral first. On the downside, break of 0.7081 support will indicate that corrective rebound from 0.6992 has completed with three waves up to 0.7277, after hitting 55 day EMA. Intraday bias will be back on the downside for retesting 0.6991/2 support zone. Firm break there will resume larger down trend from 0.8006. On the upside, through, break of 0.7277 will turn bias to the upside to resume the rebound. 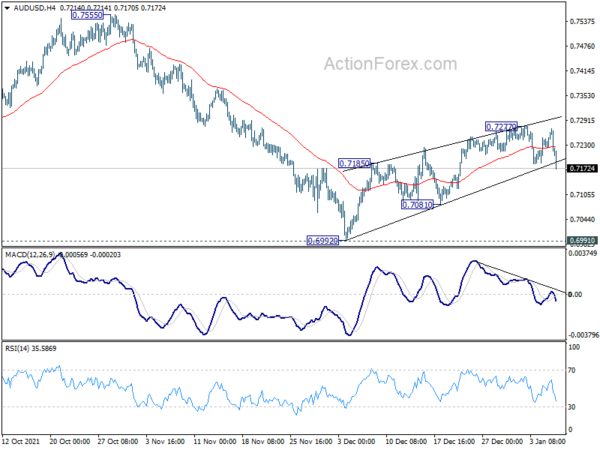 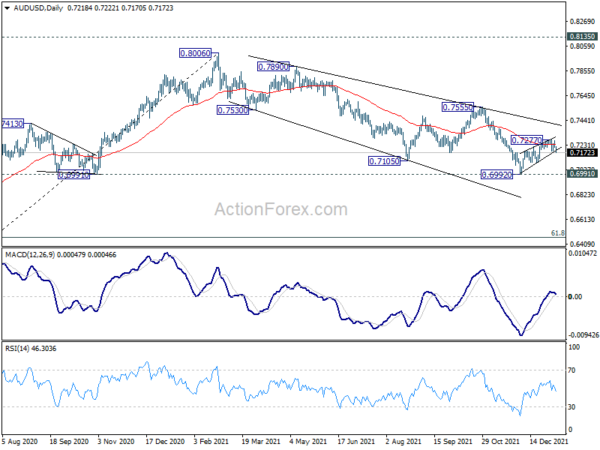