Dollar and Yen Firm as Markets Await BoC and Fed

Markets are relatively steady in Asian today, as traders are awaiting main events of BoC and Fed policy decisions. Asian stocks are treading water after weaker close in US overnight. Dollar remains the strongest one for the week, followed by Yen and then Canadian. Swiss Franc is currently the weakest, followed by New Zealand Dollar and then Euro. Aussie and Sterling are mixed. 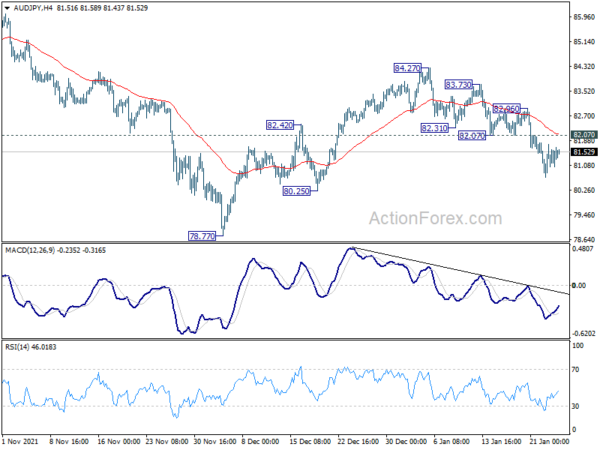 IMF said the global economy enters 2022 in a “weaker position” as the spread of Omicron led to reimposed mobility restrictions. Rising energy prices and supply disruptions have resulted in higher and more broad-based inflation than anticipated, notably in the United States and many emerging market and developing economies. Also, the ongoing retrenchment of China’s real estate sector and slower-than-expected recovery of private consumption also have limited growth prospects.

BoJ: Economy to grow well above potential in 2022

In the Summary of Opinions at the January 17-18 meeting, BoJ said, “a pick-up in Japan’s economy has become evident” and the economy is “likely to continue recovering moderately”. In fiscal 2022, it’s “highly likely to grow at a pace that is well above its potential growth rate”.

Though, attentions should be paid to risk of COVID-19 spread in China and that could have a “negative impact on Japan’s economy through downward pressure on external demand and amplification of supply-side constraints.”

CPI is expected to “exceed 1 percent” and may “momentarily rise to a level close to 2 percent” from April 2022 onward. It will then be “important to analyze what lies behind this inflation and whether it turns out to be sustainable.”

A member noted “the key factor in assessing the underlying trend in the CPI is developments in wages. In order for the CPI to increase as a trend, it is necessary that services prices rise along with wage increases.

Previews on BoC and a look at CAD/JPY

The opinions on whether BoC will raise interest today are divided. Some expected the tightening cycle to start imminently, with a total of 150bps rate hike this year to 1.75%. Yet, there are conservative opinions that BoJ would wait until April to act and deliver only 75bps hikes this year.

It should be noted that BoC has mentioned before that the condition for rate hikes would be met in the “middle quarters” of 2022. But some argued that the central bank is already behind the curve on controlling inflation. With the publishing of monetary policy report and economic projections, January and April meeting are the more appropriate choice then March. But could BoC keep its hand off until April. It’s a close call.

So the range should be set between 85.66 and 93.00. A strong breakout on either side would imply a rather dramatic underlying development. 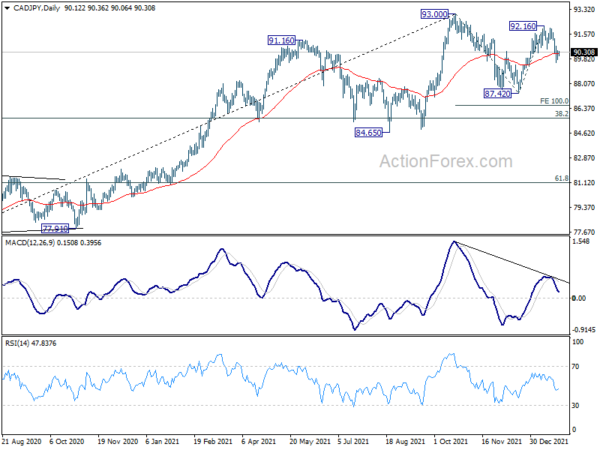 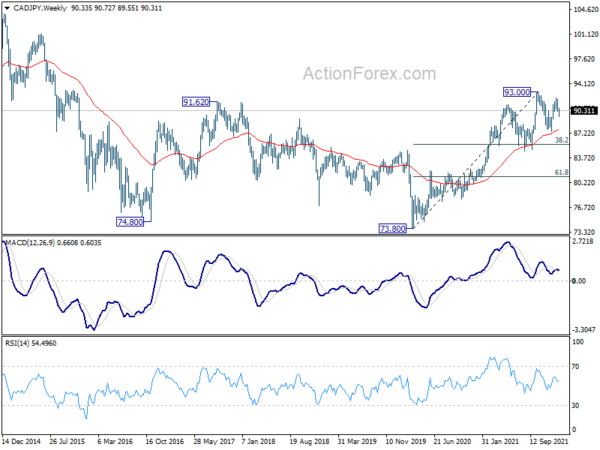 Fed to be a non-event, NASDAQ looks into 14k handle

Fed will more likely stick to script today and the FOMC meeting could be a non-event. It’s clearly communicated that net asset purchases will end in March. Markets are expecting a 25bps hike in March too. Chair Jerome Powell is unlikely to say something that deviate from such expectations and rock the boat.

The baseline remains that there will be only three hikes, and no change would be revealed until March economic projections. Powell would also remain non-committal on the timing of balance run-off. So, these two questions would remain unanswered.

Some previews on Fed:

Markets will probably look more into other developments like tensions surrounding Ukraine for guidance. NASDAQ’s u-turn on Monday was impressive but there was no follow through buying. For now, there is no clearly sign that the steep fall from 16212.22 is ending. The question is whether there would be slightly lengthier interim consolidations first, or the decline would resume right away. 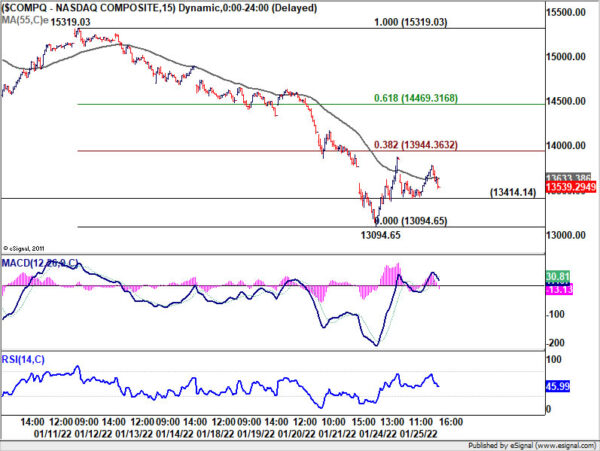 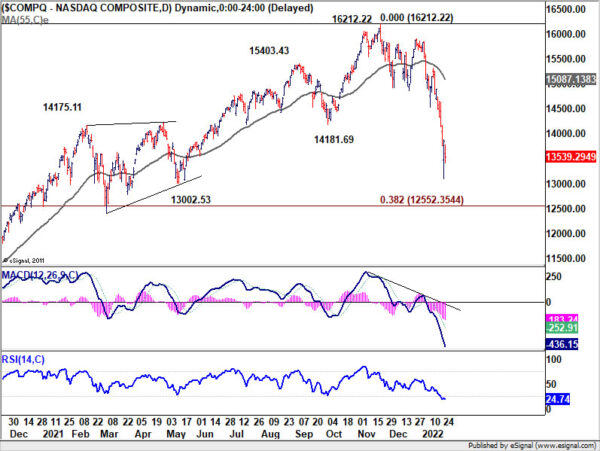 US will release goods trade balance and new home sales.

In temporary low is formed at 152.88 as GBP/JPY lost downside momentum. Intraday bias is turned neutral first. Outlook is unchanged that fall from 157.74 is seen as the third leg of the consolidative pattern from 158.19. Deeper decline is expected as long as 155.38 minor resistance holds. Below 152.88 will target 148.94 support next. On the upside, above 155.38 minor resistance will flip bias back to the upside for 157.74/158.19 resistance zone instead. 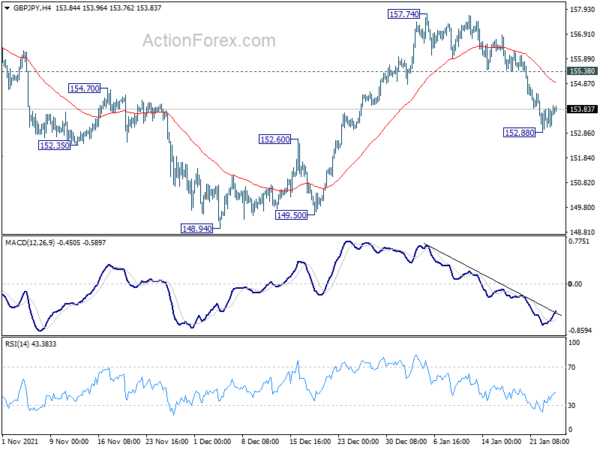 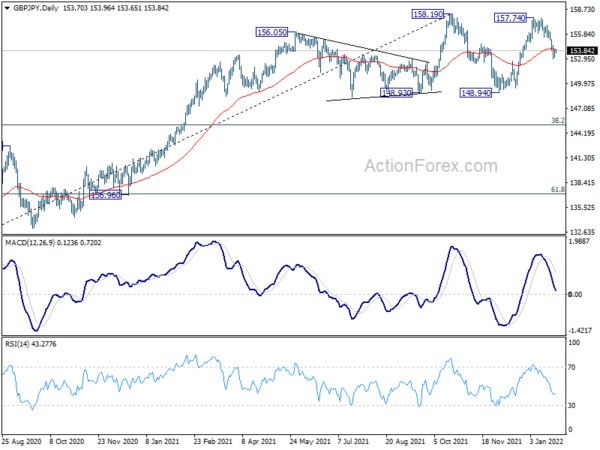