Euro Recovering as Ukraine Holds Another Talk With Russia

European stocks are recovering mildly as Ukraine is going to have another round of talks. But overall sentiment is vulnerable is Russia continues massive shelling and there is no sign of a real stop in its invasion. In the currency markets, Yen’s broad based decline continues today, but Aussie is the weakest, partly weighed down by the weakness in Chinese stock markets. Euro is currently the strongest one, followed by Sterling and then Dollar.

Technically, EUR/JPY resumed the rebound from 124.37 after brief retreat. That’s a positive sign for Euro. But still, EUR/USD has to firmly take out 1.1120 support turned resistance to confirm short term bottoming. Otherwise, the larger down trend is still in favor to resume through 1.0805 at a later stage. That would keep rebound in Euro elsewhere capped. 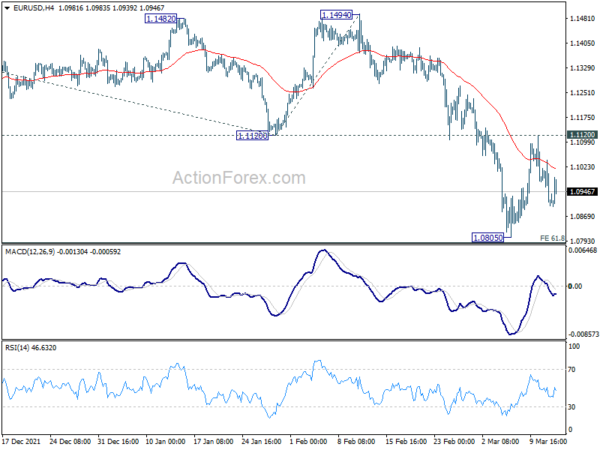 Swiss SECO export growth lowered 2022 GDP growth forecast from 3.0% to 2.8%. It said, “higher inflation and the Ukraine conflict are slowing the pace of recovery.” It added, “the war in Ukraine poses major risks for the global economy.” For 2023, growth projection is kept unchanged at 2.0%.

Recent appreciation of the Swiss Franc is ” helping to contain price pressures within Switzerland, but higher inflation rates are still to be expected on the domestic front.” 2022 inflation forecasts was raised sharply from 1.1% to 1.9, then slowed to 0.7% in 2023. .

SECO said: “The direct impact of the Ukraine conflict on Switzerland is likely to be limited, given the relatively low level of economic ties with Russia and Ukraine. Nonetheless, significant indirect effects are to be expected. World prices of key exports from Russia and Ukraine – energy resources as well as certain food staples and industrial metals – have soared. Global inflationary pressures will therefore remain high for now. ”

Chinese stocks plunged notably today on worries that continued surge of coronavirus cases would impose downside risks to the economy, at least for the near term.

More local symptomatic cases are reported so far this year than the whole of 2021. The even bigger question is on the vulnerability of people there against Omicron, as they’re given locally development vaccine by the government only. Import of common vaccines like Astrazeneca and Pfizer Biontech are banned.

Massive lockdown is imposed in the southern technology hub of Shenzhen, including suspension of public transports start today. Meanwhile, the financial hub of Shanghai is also locking down some housing and office complexes. 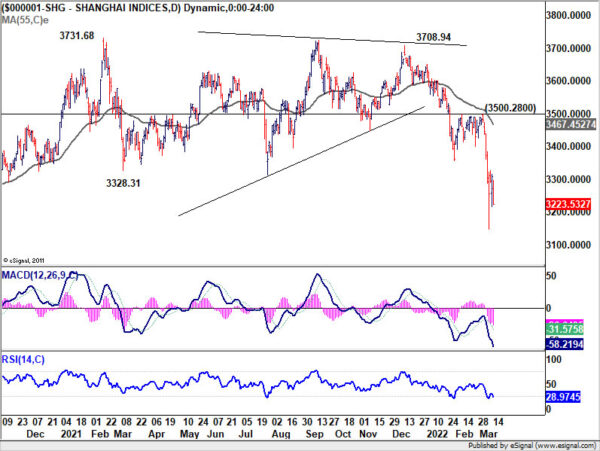 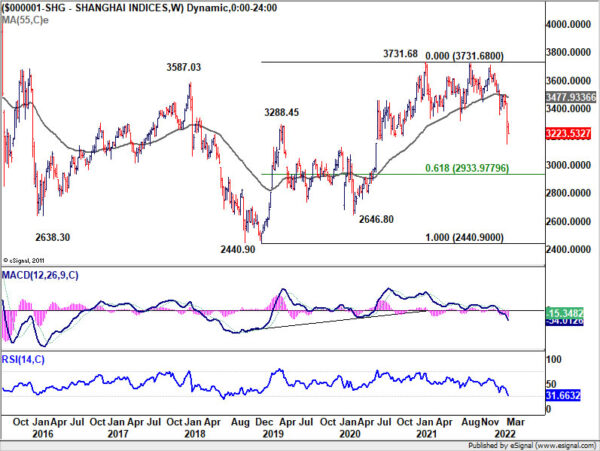 EUR/JPY’s rebound from 124.37 resumed by breaking 129.01 temporary top. Intraday bias is back on the upside. Sustained trading above 55 day EMA (now at 129.30) will argue that correction from 134.11 has completed, and bring stronger rally to retest this high. On the downside, though, below 127.40 minor support will turn bias back to the downside for 124.37 support instead. 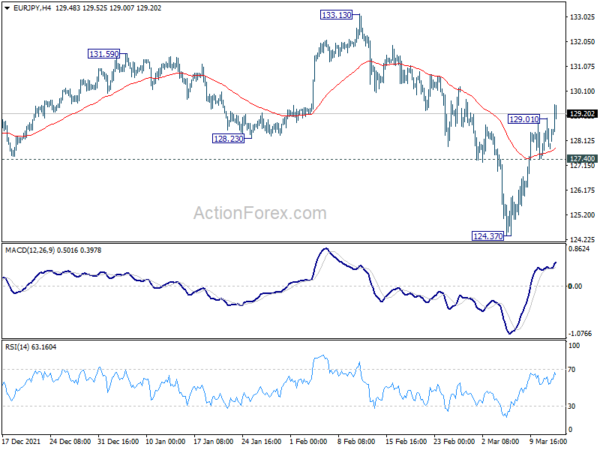 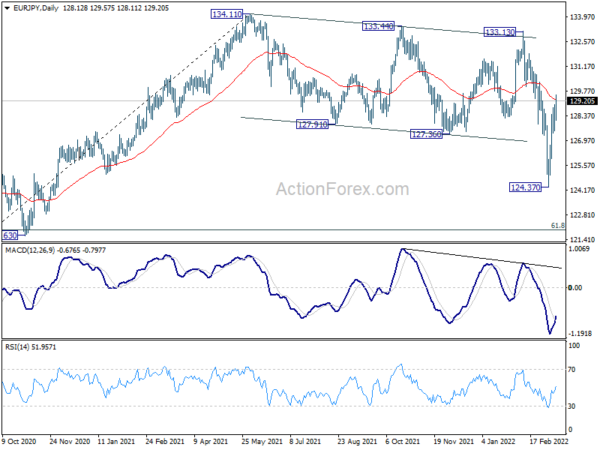