As initial reactions to higher than expected headline and core CPI readings, Dollar is trying to resume its near term advance, which stocks futures are paring gains. The question is how sustainable the rally could be. Euro was rather indifferent to hawkish comments from ECB officials, who continued to talk up the chance of a July ECB hike.

So far, Dollar, Yen and Euro are still the strongest ones for the week. Commodity currencies are the worst performers. The trend will likely continue for a while after US inflation data. Still, Dollar traders will need to make up their mind on whether to bid the greenback up against Euro and Yen. Technically, the levels to watch remain 1.0470 support in EUR/USD and 131.34 resistance in USD/JPY.

ECB President Christine Lagarde indicated in a speech that the asset purchases could end “early” in Q3, and interest rate hikes could start “only a few weeks” after that.

“We will end net purchases under the asset purchase programme. Judging by the incoming data, my expectation is that they should be concluded early in the third quarter,” she said.

“The first rate hike, informed by the ECB’s forward guidance on the interest rates, will take place some time after the end of net asset purchases,” she reiterated.

“We have not yet precisely defined the notion of ‘some time’, but I have been very clear that this could mean a period of only a few weeks. After the first rate hike, the normalisation process will be gradual,” she added.

ECB Muller: We may get to positive rate by end of the year

ECB Governing Council member Madis Müller said the central bank could already outline its interest rate expectations for the coming months at the June meeting. He added that the first step is to end asset purchases in early July, but “we could even discuss if we should end purchases a few weeks earlier.”

“The real issue is interest rate increases and we shouldn’t have much of a delay there either,” Müller added. “The recent data confirm that the monetary policy stance is not appropriate given where inflation is and given inflation expectations,”

“Even if we go by 25 basis point increments, we may get to a positive rate by the end of the year. For the time being, 25 basis points would be an appropriate increment.”

Separately, another Governing Council member Francois Villeroy de Galhau told France Inter radio today, “I think that from this summer onwards, the ECB will gradually raise its interest rates.” The Ukraine war provided a “negative shock” for the French economy. He added, “inflation is the principal concern of companies and citizens.”

Another Governing Council member Bostjan Vasle said, “what started as a one-off shock has now become a more broad-based phenomenon. When the circumstances change, the policy response must follow.”

Australia Westpac consumer sentiment dropped to 90.4 in May, lowest since Aug 2020

Regarding RBA policies, Westpac said “having now begun its tightening cycle the Board is almost certain to follow up the move in May with a further move in June”. It added, “the need to avoid an over-shoot later in the cycle is why, despite this disturbing tumble in Consumer Sentiment, we believe the prudent approach in June would be to lift rates by 40bps rather than the 25 bps that is currently favoured by most analysts. 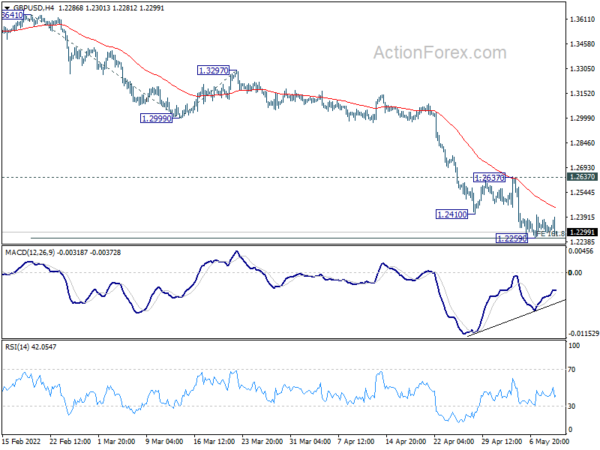 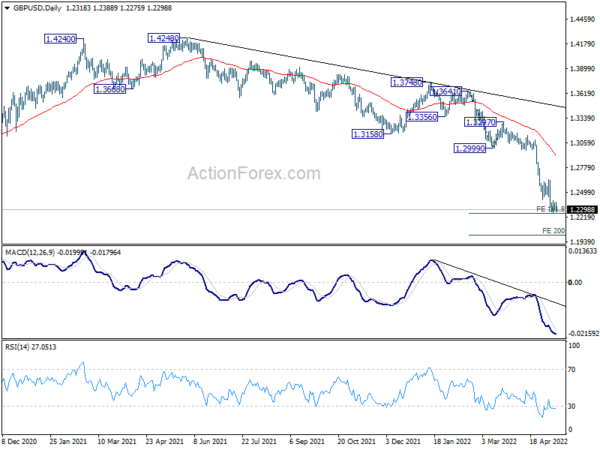