Sterling falls broadly today after GDP unexpected contracted for the second month in April. Chance of an overall contract in Q2 is raised while there are few positive signs for Q3 for now. Meanwhile, the remaining chance of a 50bps hike by BoE later this week is basically priced out. Aussie and Kiwi are the next weakest on risk aversion. European indexes are in deep red while US futures point to gap downs. US 10-year yield breaks above 3.2 handle in pre-trading. Yen overpowers Dollar today, and Swiss is the third strongest with Canadian.

Technically, now, the focus is on whether Sterling would break through some key near term support levels. The levels include 1.2154 support in GBP/USD and 0.8617 resistance in EUR/GBP and 162.88. Firm break of these levels could prompt even deeper selloff in the Pound. But at the same time, attention is also on 139.99 minor support in EUR/JPY and 162.88 minor support in GBP/JPY. Break of these levels could come if risk aversion intensifies.

NIESR: UK GDP to stagnate in May and June, contract -0.4% in Q2 overall

NIESR said the negative growth of -0.3% mom in UK GDP in April “increases the chances of a recession. The impact of rising energy prices is likely to “impede recovery in the coming months. It now forecasts month-on-month GDP growth to “stagnate in May and June, leading to a decline of -0.4% in Q2 overall.

“April’s headline 0.3 per cent fall in GDP hid some strength in private services sectors: strong growth in retail, hospitality and other services suggests that some households may have been able to smooth their consumption in the face of the inflation shock. Manufacturing appears to be suffering as a result of the impact of high petrol and energy, with declines in 8 out of 13 sub-sectors, but April’s overall decline was principally driven by the winding-down of the Test and Trace programme, which had made significant positive contributions to GDP over most of the Covid-19 period”. Rory Macqueen, Principal Economist, NIESR.

UK GDP contracted -0.3% mom in April, worse than expectation of 0.2% mom growth. Services fell -0.3% mom. Production fell -0.6% mom. Construction also fell by -0.4% mom. This is the first time that all main sectors have contributed negatively to a monthly GDP estimate since January 2021.

BoJ Governor Haruhiko Kuroda told the parliament today that recent sharp yen falls are “negative and undesirable” to the economy. The depreciations raise uncertainty over the outlook and make it difficult for companies’ business planning. He pledged again to carefully monitor the developments and their impacts.

Kuroda also reiterated that BoJ must maintain ulta-loose monetary policy. He added that Japan is not facing stagflation, where high inflation and economic stagnation co-exist, and was not facing the risk of sliding back into that state.

In the new Consensus Forecasts of NZIER, growth projections for the forecast horizon were revised down while inflation projections were revised up. NZIER noted “increasing headwinds” for the New Zealand economy, including “continued global supply chain disruptions as countries continue to grapple with COVID-19, the war in Ukraine and rising interest rates.” The highest inflation outlook reflects “expectations that high inflation will remain persistent”. 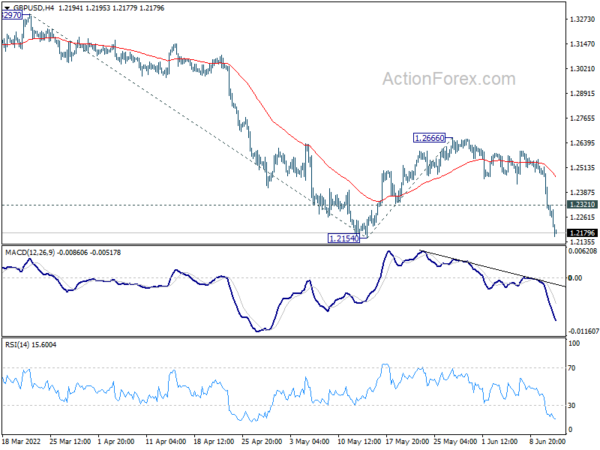 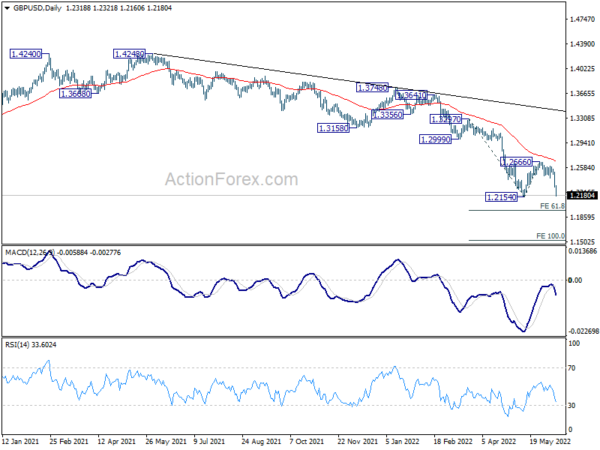