Yen’s rally intensified overnight and continues in Asian session. The move came in particular as US 10-year yield tumbled following the poor GDP report. For now, Dollar and Euro are the worst performing ones for the week, followed by Canadian. Sterling is following Yen as the second strongest and then Aussie. A large batch of economic data will be released today including GDP and inflation data from Eurozone, GDP from Canada and more inflation data from the US. These have the potential to solidify the current trends.

Technically, EUR/USD is so far very reluctant to breakout from range. An upside breakout is still mildly in favor, and break of 1.0277 minor resistance will target 1.0348 support turned resistance and above. But even it happens, such development is unlikely to help Euro elsewhere, and pairs like EUR/CHF, EUR/GBP, EUR/JPY and EUR/AUD should continue to stay pressured.

France GDP grew 0.5% qoq in Q2 on dynamism of exports

The contribution of final domestic demand (excluding inventories) to GDP growth was null this quarter. Household consumption expenditure fell again, but more moderately than in the previous quarter (-0.2% after -1.3%). Gross fixed capital formation (GFCF) continued to grow at a rather vigorous pace (+0.5%, as in the previous quarter).

Finally, the contribution of inventory changes to GDP growth was weakly positive this quarter (+0.1 points after +0.2 points in Q1).

In the Summary of Opinions at BoJ’s July 20 and 21 meeting, it’s noted that, “Bank should support financing, mainly of firms, and maintain stability in financial markets, and should not hesitate to take additional easing measures if necessary.” Additionally, it is “appropriate for the Bank to maintain the current forward guidance for the policy rates.”

“While Japan’s economy is on its way to recovery from the pandemic, it has been under downward pressure due to an outflow of income from Japan caused by high commodity prices,” one member noted. “In this situation, it is appropriate that the Bank encourage wage increases through monetary easing, aiming to achieve the price stability target in a sustainable and stable manner”.

Japan industrial production rose strongly by 8.9% mom in June, well above expectation of 3.7% mom. That’s also the biggest monthly rise since data become available in 2013. Car production jumped 14.0% mom thanks to easing of lockdowns in Shanghai of China. Manufacturers surveyed by the Ministry of Economy, Trade and Industry (METI) expected output to extend its recovery by 3.8% in July and 6.0% in August. 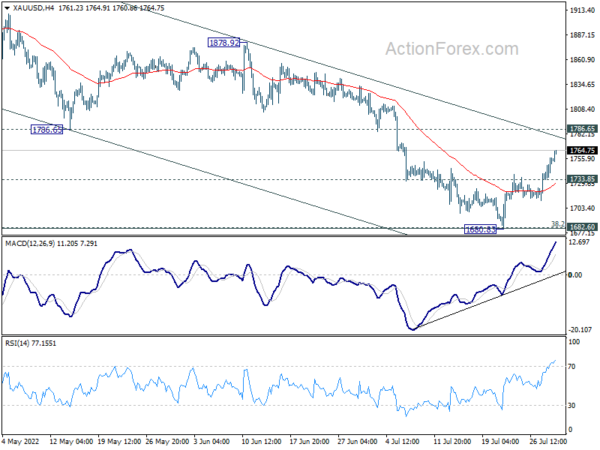 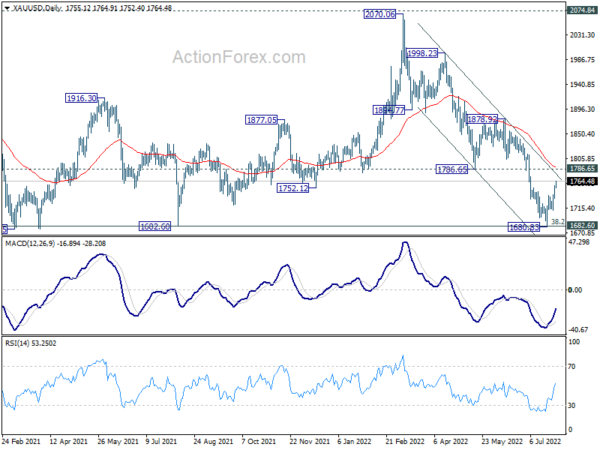 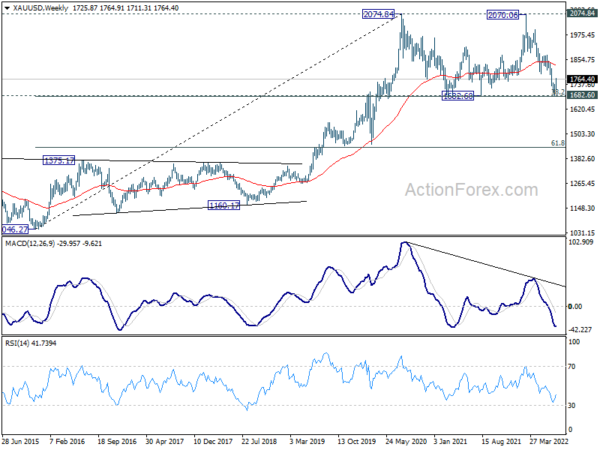 USD/JPY’s decline from 139.37 medium term top continues today and hit as low as 132.74 so far. It’s now seen as in correction to medium term up trend. Intraday bias stays on the downside for 131.34 resistance turned support and below. But strong support is expected above 126.35 to contain downside, at least on first attempt, to bring rebound. But for now, risk will stay on the downside as long as 135.55 support turned resistance holds, in case of recovery. 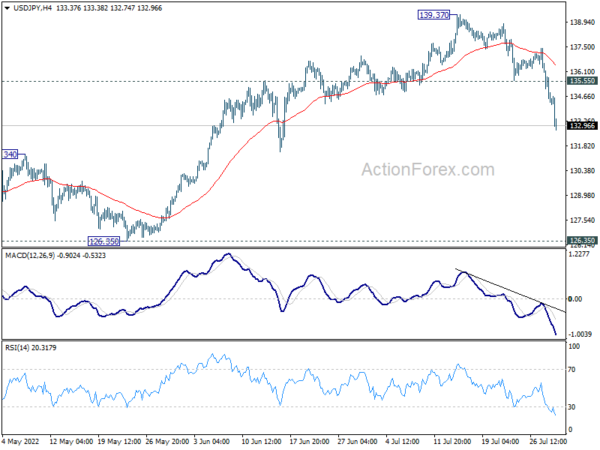 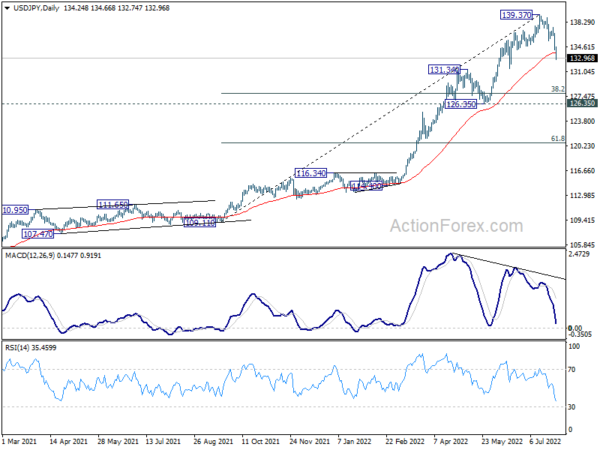