Yen Softens Again in Quiet Market, US CPI and UK Data in Focus This Week

Markets are generally steady in Asian session today. European majors are firming up slightly but there is no clear follow through buying so far. On the other hand, Yen is losing ground while commodity currencies are also soft. Dollar is mixed in the middle. Focuses are back to economic data this week, with particular attention on inflation data from the US, as well as a wave of data from the UK.

Technically, Yen might be ready to resume recent down trend. Break of 144.71 resistance in EUR/JPY will confirm resumption of recent rally. That could lead other Yen crosses higher. Corresponding break of 144.98 temporary top in USD/JPY would confirm the overall underlying momentum. 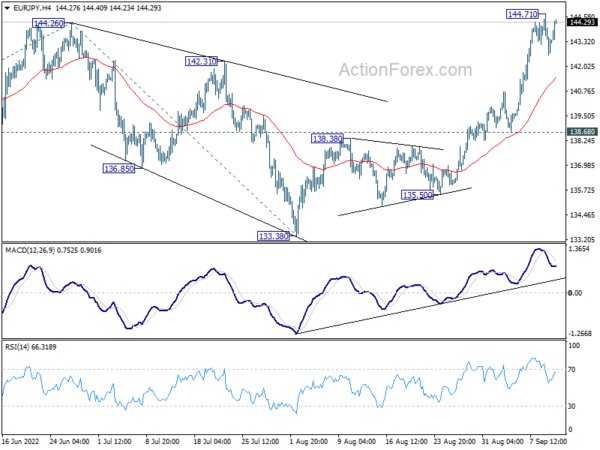 Bundesbank President Joachim Nagel said in a radio interview on Sunday that last week’s 75bps hike was a “clear sign and if the inflation picture stays the same, further clear steps must follow.”

He added that inflation may peak at more than 10% in December. “In the course of 2023, the inflation picture is likely to weaken somewhat,” he said. Still, the rate “is likely to be at a far-too-high level of over 6%.”

While there “currently are some indications that the economy could stagnate or even contract in the second half of 2022 and that this trend could continue into next year, any recession may be shallow,” Nagel added.

“In the end, stable prices are much more important for medium-term, long-term growth, for a good outlook for the euro area,” he said. “We may need to overcome a dry spell, but for now at least it looks like this dry spell and the decline in economic output will not be severe.”

ECB Executive Board member Frank Elderson told Dutch television, “it’s very important that the expectations that the people have on how the inflation will develop in the medium to long term will not become unanchored.”

“It is vital that people and companies or actors in the economy in general maintain their trust that we as the ECB will reach our of target of 2 per cent inflation,” Elderson said.

Economic data from US and UK to rock the markets

Attention is back to economic data this week. CPI from US will be a major focus, along with retail sales. A wave of data from the UK will also be published including GDP, production, CPI, employment and retail sales. These data will provide much food for thoughts for Fed and BoE before their meeting next week, and could rock the markets. 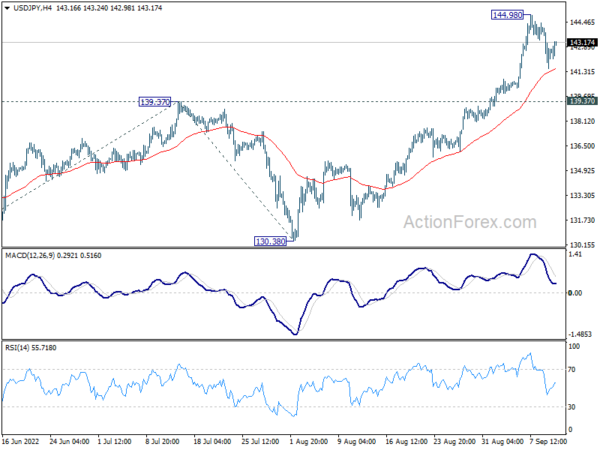 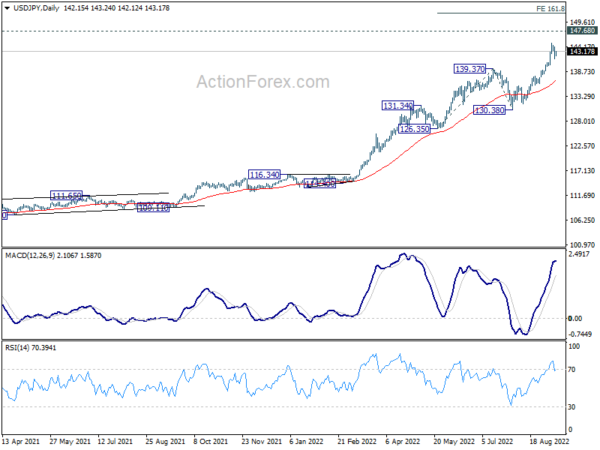