Overall, Dollar remains the strongest one for the week, followed by Swiss Franc and then Yen. Risk aversion support these currencies, on the expectation of another jumbo rate hike by Fed next week. Commodity currencies are the worst performers with Kiwi having an underhand. Euro and Sterling are mixed for now, with Euro having a slight advantage, but that could easily flip. 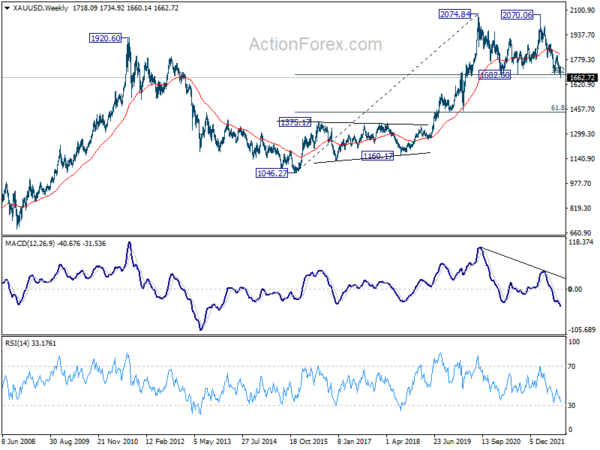 RBA Governor Philip Lowe told the House of Representatives Standing Committee on Economics, interest rate at 2.35% is “still too low”. He added that over the longer term, the cash rate “should at least average the mid point of the inflation target”, which is 2.5%, if not a bit higher. Also, an average interest rate of about 3% was “possible”, and we’ll cycle around some number between 2.5 and 3.5.”

Lowe also warned that the longer inflation stays above 3%, “the more difficult it’s going to become” for Australians. If that. happens “then we have higher interest rates and a recession, which is damaging. “So we’ve got two difficult kind of positions at the moment: some pain now and hopefully real wages start rising again next year against the risk of not doing anything, just sitting on our hands and having inflation stay higher.”

BNZ Senior Economist, Craig Ebert stated ” that manufacturing production, in general, was holding its own in Q2, rather than drooping, was portrayed in the PMI readings for April May and June. And in July and August the PMI has moved on to suggest an improving tone around underlying growth.”

“The economy held out against multiple unexpected headwinds in August and showed a positive recovery with the help of more additional supportive policies,” the NBS said in a statement. “The manufacturing needs are steady and rising, employment and prices are stable, most indices are better than last month.”

The set of better than expected data provided little support to the decline Yuan, with USD/CNH breaking through 7 psychological resistance this week. There is no sign of topping in the pair yet. USD/CNH is on track to 61.8% projection of 6.3057 to 6.8372 from 6.7159 at 7.0444. Firm break there will set the stage for pandemic high at 7.1961. 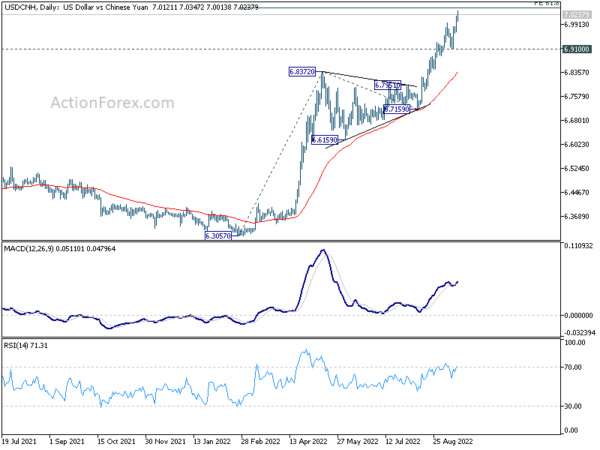 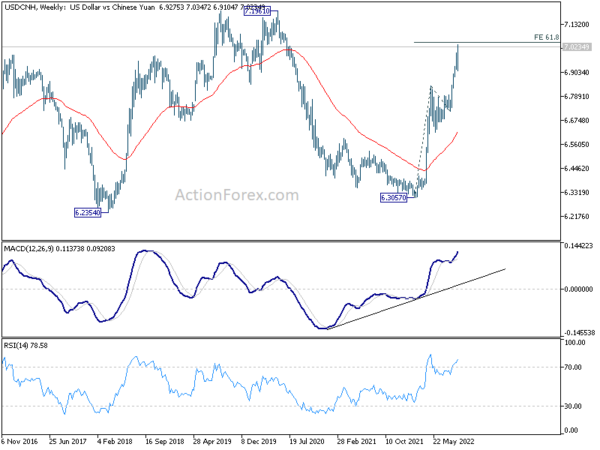 Looking ahead, Italy trade balance and Eurozone CPI final will be released in European session. Later in the day, Canada will release wholesales sales. US will release U of Michigan consumer sentiment. 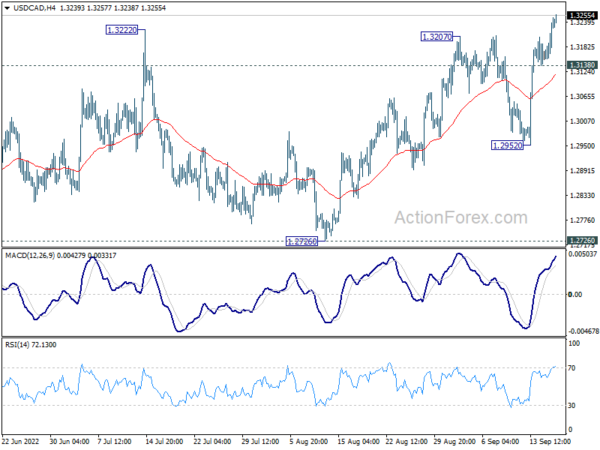 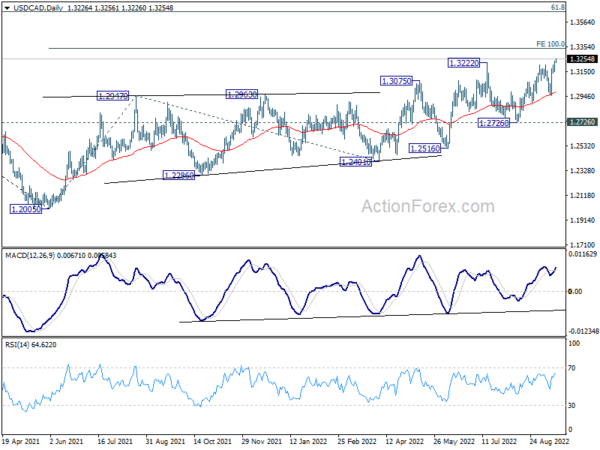