Dollar surges broadly today as risk sentiment turns sour again while treasury yields continue to march higher. Yen is apparently weak, with Japan absent from intervention despite the steep decline. But Sterling and Swiss Franc are worse, Commodity currencies are also turning south, with Kiwi on the weaker side. Stronger than expected retail sales data from the UK and Canada are providing no support to the CAD. 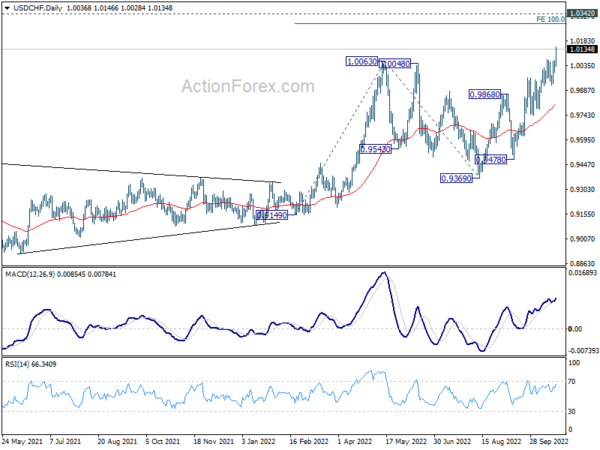 Based on advance estimate, dales decreased -0.5% mom in September.

Comparing with pre-coronavirus level in February 2020, total retail sales were 12.0% higher in value terms but volumes were -1.3% lower.

Yet, when asked if Yen was under attack by speculators, Suzuki said, “it’s inappropriate for me to comment on such a question under the current circumstances.”

Regarding BoJ policy, he said, “I’m not in a position to comment anything concrete. We’ll strive to maintain fiscal discipline with a major target of achieving primary budget surplus in fiscal 2025.”

CPI core has now exceeded BoJ’s target for the 6th straight months, and hit the highest level since 1991 (excluding the effect of the 2014 sales tax hike). CPI core-core was also at the highest level since 2015. Yet, BoJ is seeing inflation as mostly driven by imports rather than domestic price pressures. This could be reflected in the 5.6% yoy rise in goods prices, and the sluggish 0.2% yoy rise in services prices. 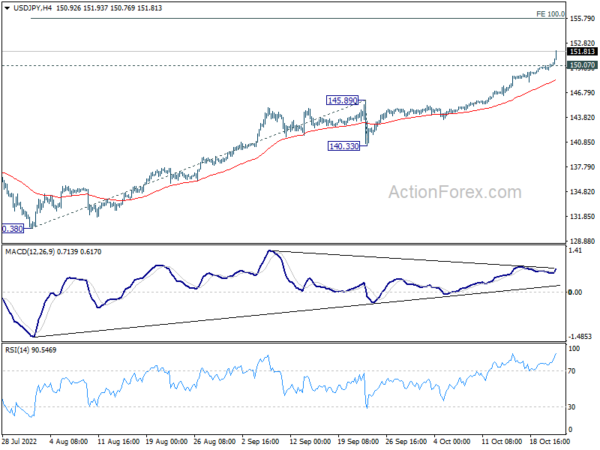 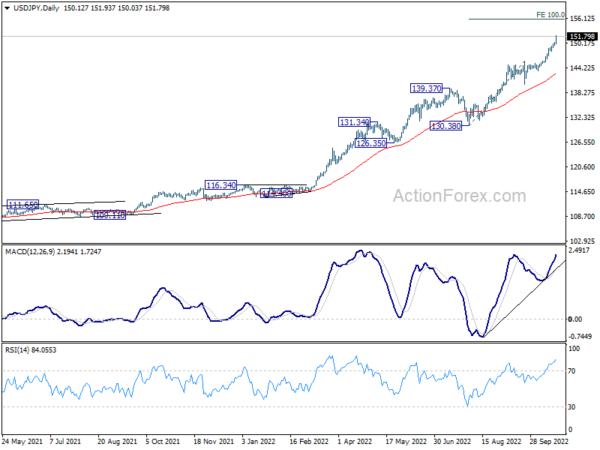