The Asian markets are generally quiet today, with the expectation in China. The Shanghai SSE reversed earlier losses and surged before the break, with talks of buying by the “national team”. But Yuan’s decline continued and hit another record low. In the forex markets, most major pairs and crosses are bounded inside yesterday’s range. Today’s economic calendar is relatively light, but German Ifo business climate and US consumer confidence could trigger some volatility. Nevertheless, traders might wait for rate decisions of BoC and ECB later in the week before making a committed move.

RBNZ Chief Economist Paul Conway said annual inflation rate of 7.2% was “obviously too high”. But, he added, “we expect to see inflationary pressures easing going forward” and “are hopeful that it has peaked.”

The “very rapid tightening in monetary policy” is starting to have an effect and “there are early signs that the economy is starting to cool,” he said.

NZD/USD is currently still bounded inside the consolidation pattern from 0.5511. While a breach of 0.5812 resistance cannot be ruled out, upside could be capped by 55 day EMA (now at 0.5876). That is, an eventual downside breakout is expected, sooner or later, through 0.5511 to resume larger down trend. 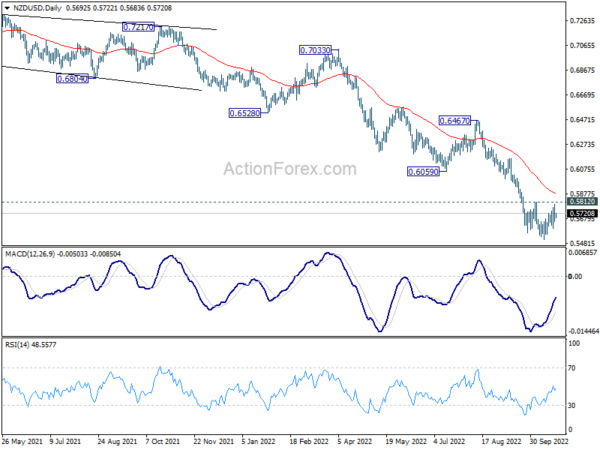 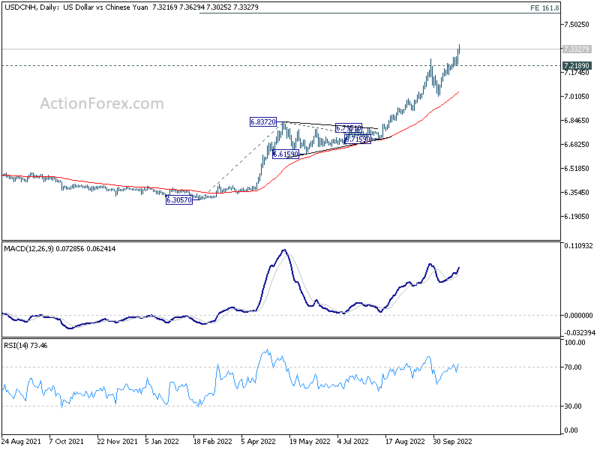 Germany Ifo business climate is the main focus in European session. US consumer confidence will take center stage later in the day, and house price index will be featured too. 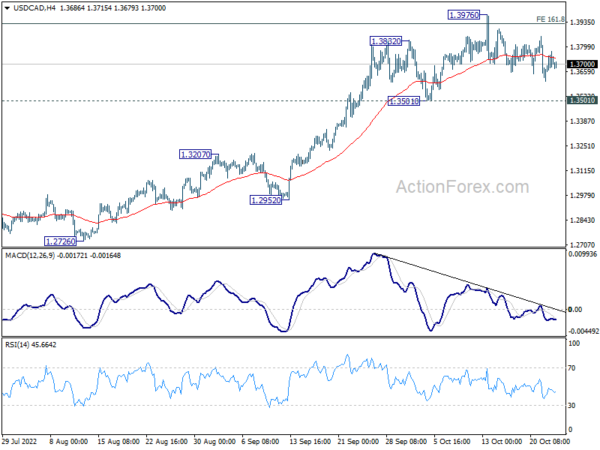 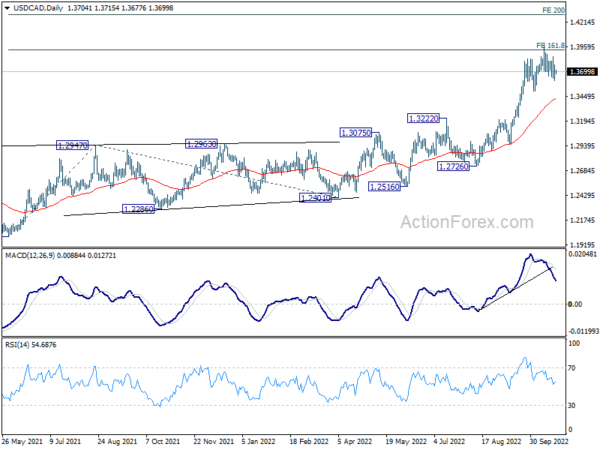