Euro and, to a lesser extent, Sterling, are picking up some buying today but both are stuck in range against the greenback. There is no clear unified theme in the markets. Canadian and Australian Dollar are weak, but New Zealand Dollar is strong. Swiss Franc is trailing other Europeans higher but Yen is heading down, with Dollar. 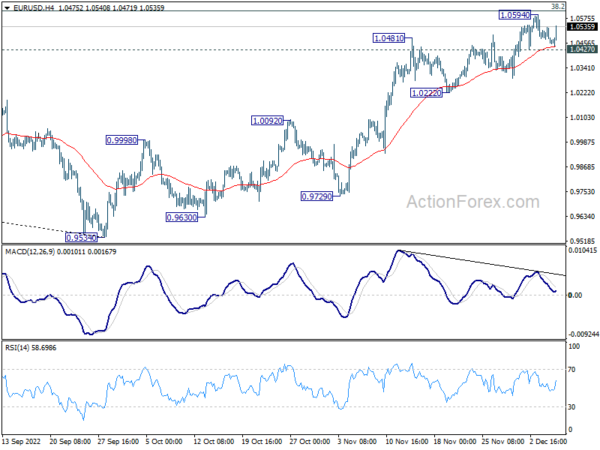 WTI oil crude oil extends recent decline and hit the lowest level for the year. Today’s move is part of the selloff in reaction to OPEC+ decision to stick with their existing pace of production cut, rather then raising it. Overall risk sentiment is not helping while China’s easing of pandemic restrictions is largely ignore. 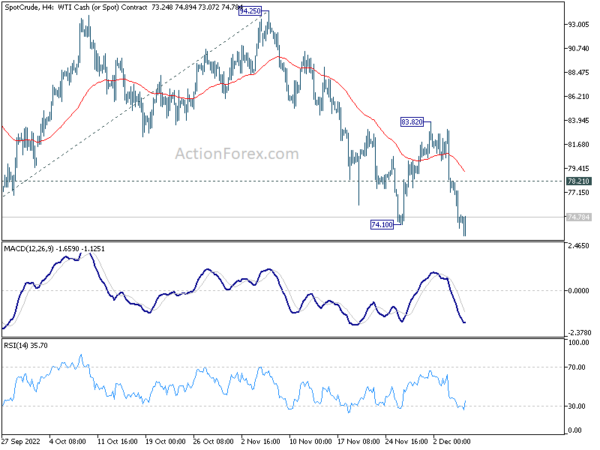 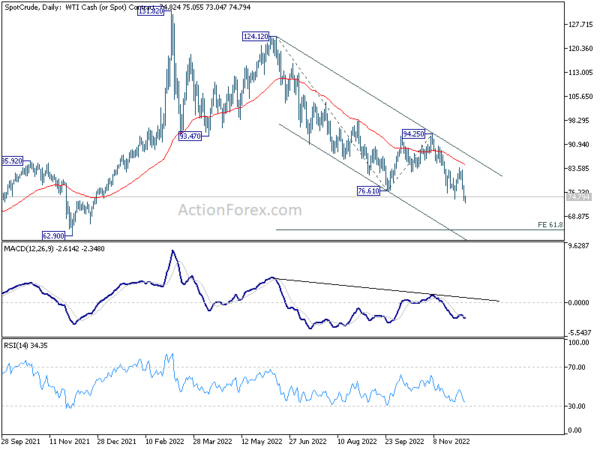 BoJ Nakamura: Inflation not accompanied by wage increases yet

BoJ board member Toyoaki Nakamura said, “recent price rises aren’t accompanied by wage increases yet”. He added that Japan is far from the situation where wage inflation spiral becomes a concern. The central bank needs to continue with ultra-loose monetary policy for the time being.

“Tightening monetary policy at a time when demand continues to remain lower than supply would put huge pressure on corporate and household activity,” he warned.

He expects inflation to slow next year as energy and food price rises fade.

Innes Willox, Chief Executive of the national employer association Ai Group, said: “The deteriorating economic outlook is clearly weighing on Australia’s services sector. The Australian PSI indicated a deepening contraction in the services sector, with three months of declining results. Steep falls in indicators for employment and new orders in November reveal weakening demand for services, while ongoing labour shortages continue to constrain the supply side.”

Australia GDP grew 0.6% qoq in Q3, below expectation of 0.7% qoq. Household spending rose 1.1%, contributing 0.6% to GDP. Compensation of employees increased 3.2%, the strongest rise since December quarter 2006. Net trade detracted -0.2% from GDP, with a 2.7% increase in exports offset by a 3.9% rise in imports. The terms of trade fell -6.6%, the largest fall since June quarter 2009, as import prices increased and export prices fell.

New Zealand Dollar is clearly overwhelming its Australia counter part recently. AUD/NZD’s decline continues on expectation of diverging central bank policy paths, even though tightening is expected to in the early part of next year. While RBNZ’s terminal rate might be 5.50%, 4.00% looks a bit stretch for RBA based on current outlook. 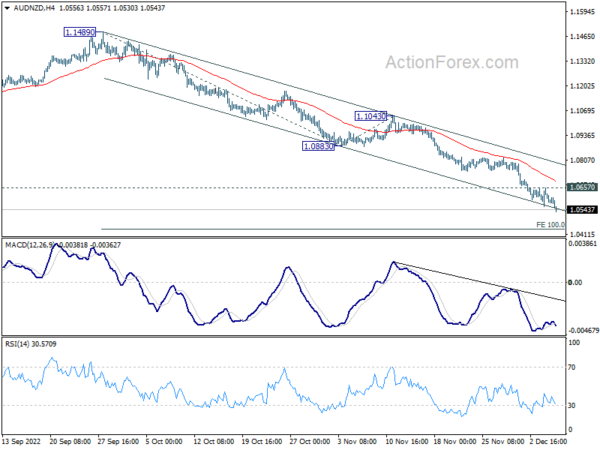 In the bigger picture, a medium term bottom should be in place at 1.4281, on bullish convergence condition in daily MACD. Further rise would be seen back to 1.6434 key resistance next. Break of 1.5271 support is needed to indicate reversal. Otherwise, further rally will remain in favor. 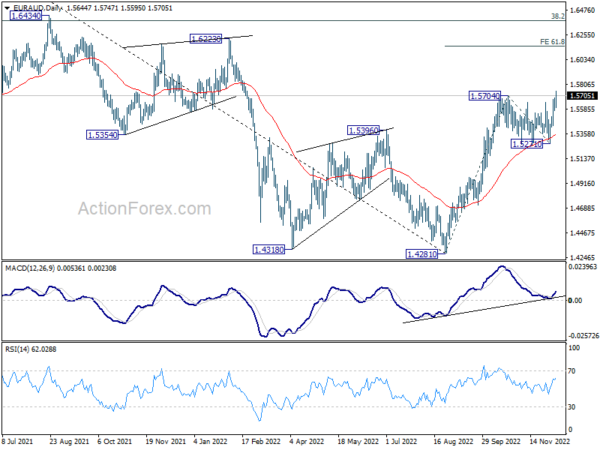