Australia Dollar leads commodity currencies higher, in otherwise still very quiet markets today. Prospect of further easing of restrictions is probably giving some industrial metals and oil prices a lift. But the positive sentiment is not much reflected in the global stock markets. Dollar is back under selling pressure, followed by Yen. European majors also turn weaker. 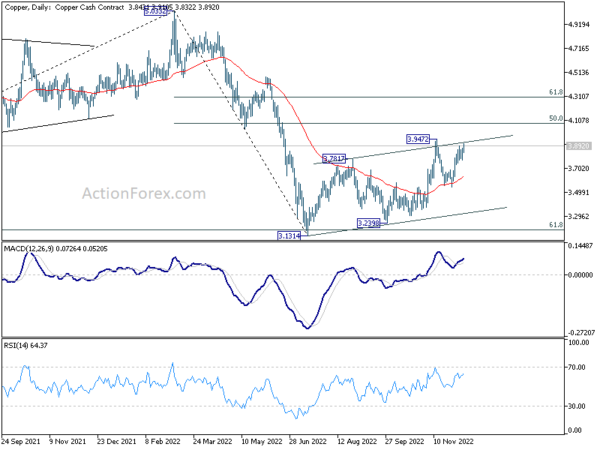 US initial jobless claims rose to 230k, below expectations

Australia trade surplus little change at AUD 12.22B in Oct

AUD/USD recovers ahead of 0.6641 resistance but stays below 0.6850 resistance. Intraday bias remains neutral first. Again, considering bearish divergence condition in 4 hour MACD, break of 0.6641 support should indicate short term topping, following rejection by 0.6871 fibonacci level. Intraday bias will be back on the downside for 0.6521 resistance turned support first. However, sustained break of 0.6871 will extend the rise from 0.6169 towards 55 week EMA at 0.6922. 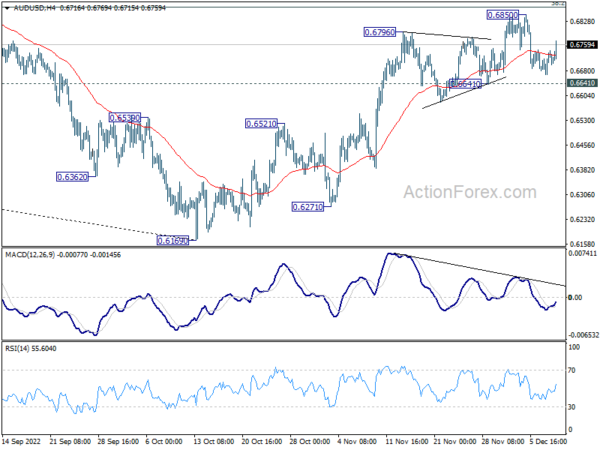 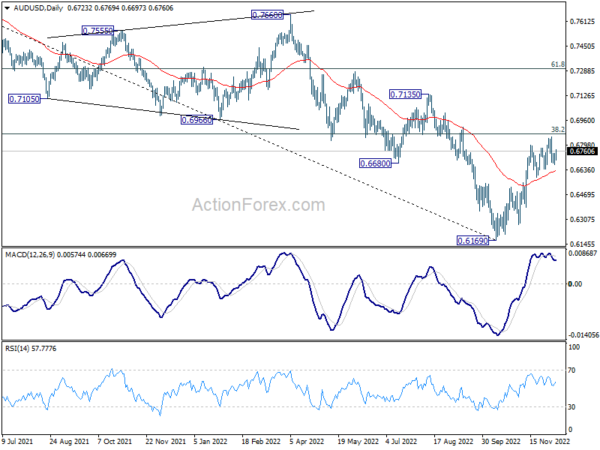