Yen is so far the clearly weaker one in otherwise ranging markets. Rebound in US stocks and treasury yield overnight was a factor in Yen’s selling. But after all, there is no follow through weakness for now. Traders are generally still cautious ahead of the four central bank meetings later in the week. Before that, US CPI release today might also trigger some interim volatility. 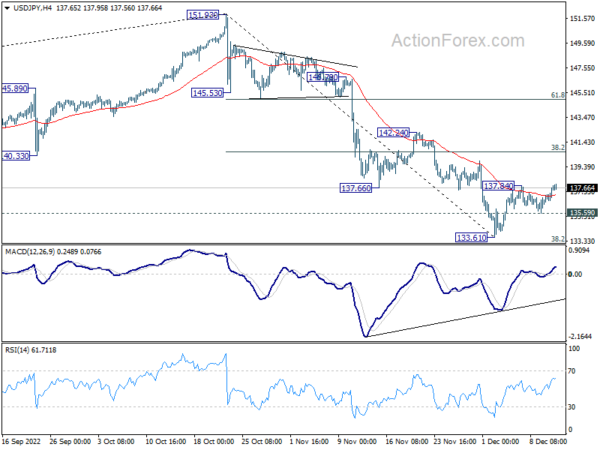 BoC Governor Tiff Macklem said in a speech yesterday, “Higher interest rates are working to rebalance the economy. Domestic demand is slowing, and we expect growth in gross domestic product will be close to zero through to the middle of next year as the economy adjusts to higher interest rates. This will relieve domestic price pressures, and inflation will come down.”

He reiterated the position that the central bank will be considering “whether there is a need to increase the policy rate further”. He explained, “This means that decisions to raise the rate or to pause and assess the impact of past rate increases will depend on incoming data and our judgments about the outlook for inflation.”

Macklem also said BoC is “watching very closely to see how the economy is responding to higher interest rates”. It is looking at an job market data, how supply chains are resolving, how business are passing on costs, measures of core inflation, and inflation expectations.

Australia Westpac Consumer Sentiment Index bounced from near record low and rose 3% from 78.0 to 80.3 in December. But the level remains comparable to the lows see during the pandemic and the Global Financial Crisis.

Westpac expects RBA to continue to deliver on its “strong tightening bias” in February and hike by 25bps, and signal that there is still more work to be done.

NAB Chief Economist Alan Oster. “There was a slight softening across a number of industries but the level of business conditions really still remains elevated across the board including in key consumer-facing sectors such as retail and recreation & personal services, and across the states.”

“Confidence is now negative, for the first time this year, despite the strength in conditions,” said Oster. “The gap between current business conditions and business confidence is now at a record level in the history of the survey – with the exception of March 2020 – pointing to heightened concerns about the resilience of the economy in the period ahead as inflation and higher rates begin to weigh on consumers.”

Intraday bias in EUR/JPY remains on the upside for the moment. Correction from 148.38 could have completed with three waves down to 140.75. Further rally would be seen to 146.12 resistance first. Firm break there will bring retest of 148.38 high. On the downside, however, break of 143.16 minor resistance will dampen this bullish case and turn intraday bias neutral again. 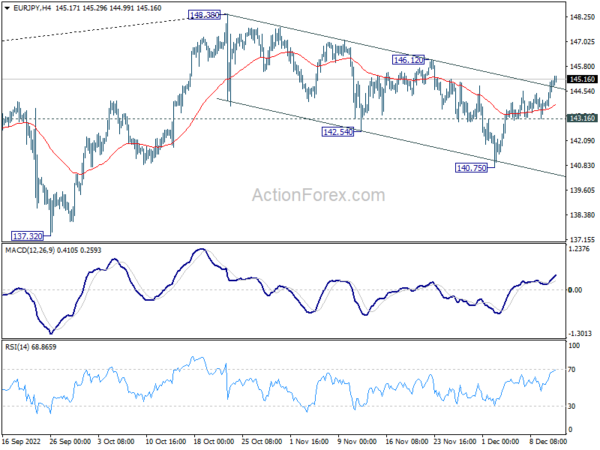 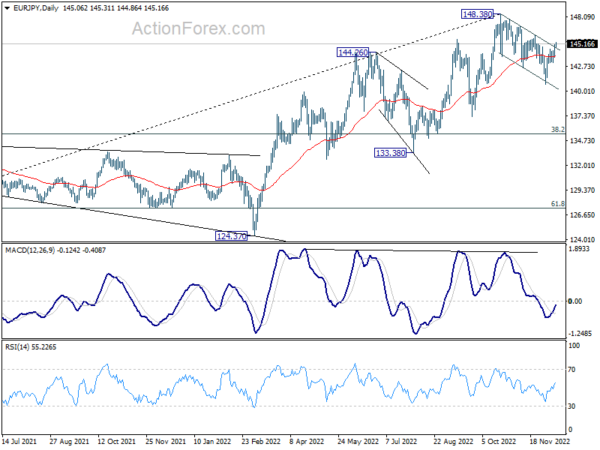