Dollar is set to end the week as the worst performing major currency as post FOMC weakness continues. Meanwhile, Euro follows as the second weakest one after the positive impact of ECB and then Dutch election fades. Meanwhile, Australia dollar is leading the way high on solid risk appetite. And that is followed by Sterling which was lifted by hawkish BoE minutes yesterday. The forex markets are mixed elsewhere.

Treasury yields stabilized with TNX ended up 0.014 at 2.522. Meanwhile, WTI crude oil extends this week’s consolidation and hovers around 49. Gold rebounded strongly on Dollar weakness and is back at around 1230.

There has been some recent speculations that ECB would raise interest rate before ending the quantitative easing program. ECB governing council member Ewald Nowotny said in a newspaper interview that the central bank "will decide when the time comes". He explained that "there is the American model to end the bond purchases first. Whether this model can be applied to Europe on a like-for-like basis would need to be discussed." Meanwhile, "the structure of the interest rates does not always need to remain constant." And, "the ECB could also raise the deposit rate earlier than the prime rate."

The result of the Dutch elections was welcomed by European leaders in general. European Commission President Jean-Claude Juncker responded to the result of Dutch election and said that "the people of the Netherlands voted for "free and tolerant societies in a prosperous Europe". German Chancellor Merkel noted that she believed "many people are [glad] that a high turnout led to a very pro-European result". Centrist French presidential candidate Emmanuel Macron described it as "a breakthrough for the extreme right is not a foregone conclusion". Dutch Mark Rutte retained power and his pro-EU centre-right VVD remained the biggest party. Meanwhile, the anti-EU PVV party received just 13% of the vote share. The next closely-watched political event is the French presidential election is scheduled on April 23.

In UK, the Queen has given her Royal Assent to the Brexit bill. And, Prime minister Theresa May is reading to trigger Article 50 for Brexit negotiation with EU. Brexit Secretary David Davis said that "by the end of the month we will invoke Article 50, allowing us to start our negotiations to build a positive new partnership with our friends and neighbors in the European Union, as well as taking a step out into the world as a truly Global Britain."

Sterling remains supported by the hawkish BoE minutes released yesterday. To our, and the market’s, surprise, BOE’s Kristin Forbes voted in favor of a 25 bps rate hike. While this had not altered the decision of keeping the Bank rate unchanged at 0.25%, the overall message sent to the public has now become more hawkish. The members voted unanimously to leave the government bond purchases at 435B pound and corporate bond purchases at up to 10B pound. Adding to the rising speculations of tightening is the minutes, which suggested that some of those who voted for unchanged policy believed ‘it would take relatively little further upside news on the prospects for activity or inflation for them to consider that a more immediate reduction in policy support might be warranted’. More in Forbes’ Dissent Would Unlikely Speed Up BOE’s Rate Hike Schedule

New Zealand business NZ manufacturing index rose to 55.2 in February. Eurozone will release Trade balance in European session. In US session, Canada will release manufacturing shipments. US will release industrial production, capacity utilization, U of Michigan sentiment and leading indicators. 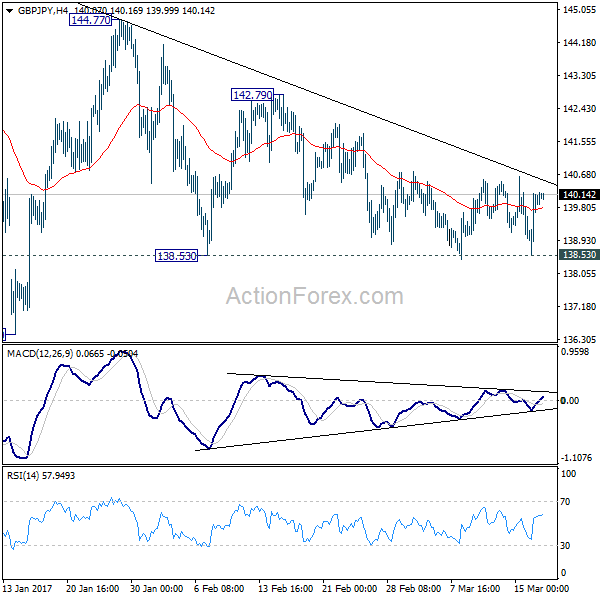 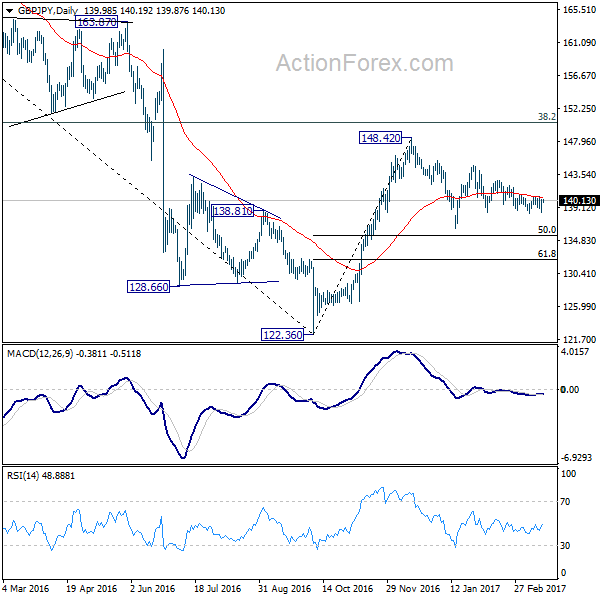