Dollar is broadly pressured on news of White House economic advisor Gary Cohn’s resignation. The dollar index dipped to as low as 89.42 and staying below 90 handle. EUR/USD is staying comfortably back above 1.24 and is set to have a take on 1.2555 key resistance. Meanwhile, USD/JPY might take the lead and test 105.24 support. Canadian Dollar remains the weakest one for the week as Canada, as the closest ally of the US, would be severely hurt if a trade war starts. Also, the ongoing NAFTA renegotiation is not seeing an end yet.

Markets not too surprised at Cohn’s resignation

White House economic top economic adviser Gary Cohn resigned yesterday . It’s reported that the decision was made hours after direct confrontation with Trump regarding the steel and aluminum tariffs. Trump requested Cohn to publicly support the tariff plan. But Cohn, as a free trade advocate, didn’t answer. The meeting with industry executives, arranged by Cohn for persuading Trump not to impose the tariffs, was also canceled.

Cohn said in a statement that “it has been an honor to serve my country and enact pro-growth economic policies to benefit the American people, in particular the passage of historic tax reform.”

Trump said regarding Cohn that “Gary has been my chief economic adviser and did a superb job in driving our agenda, helping to deliver historic tax cuts and reforms and unleashing the American economy once again.” And, “he is a rare talent, and I thank him for his dedicated service to the American people.”

Fed Governor Lael Brainard said that in the early period of recovery “strong headwinds sapped the momentum” and “weighed down the path of policy. However, “today, with headwinds shifting to tailwinds, the reverse could hold true.” And, there will be “substantial” boost from tax cuts and public spending. She pointed out that “mounting tailwinds at a time of full employment and above-trend growth tip the balance of considerations.” And, “with greater confidence in achieving the inflation target, continued gradual increases in the federal funds rate are likely to be appropriate.”

RBA Low: No strong case for a near term hike

RBA Governor Philip Lowe expressed his optimism on the economy and said it’s going to be “stronger” in 2018. He pointed to better business conditions “at any time since before the financial crisis.” The economy is “moving in the right direction” and it’s likely that the next move in interest rates is “up, no down”. However, the board does not see a strong case for a near-term adjustment of monetary policy”, thanks to slow progress in unemployment and inflation.

RBA is generally expected to keep rates on hold throughout 2018, except that NAB predicts one hike. Slowing growth figure in Q4 and risk of trade wars would add to the case for RBA to stand pat.

Australia GDP grew 0.4% qoq in Q4, below expectation of 0.5% qoq and slowed from prior 0.7% qoq. In the release Chief Economist for the ABS, Bruce Hockman, said that “growth this quarter was driven by the household sector, with continued strength in household income matched by growth in household consumption.” 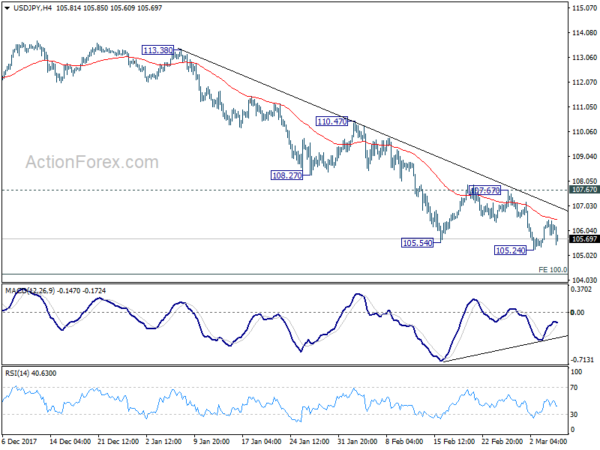 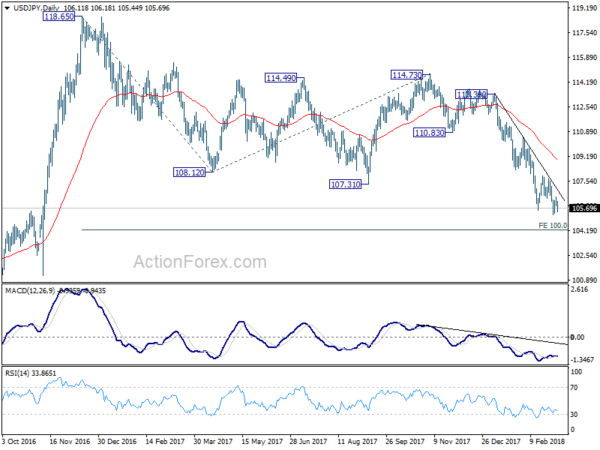