US-China trade war was the center of global focus last week. Markets were expecting a deal with Chinese Vice Premier Liu He visited Washington Instead Trump announced to escalate to full-blown level after China reneged on its commitments during the negotiations. Trump’s decision was understandable even though it may not be agreed by most investors, businesses and common people domestically and globally. Situation became worse as Liu’s visit ended with nothing but declaration that there were still substantial differences between the two sides. Trade war will likely drag on which should weigh on global market sentiments.

Over the week, Yen ended as the strongest one on risk aversion, naturally, followed by Swiss Franc. Euro displayed a lot of resiliences and ended as the third strongest. But it’s strength might not sustain since it’s know that Eurozone economy, in particular Germany, has been affected much by global trade tensions. Sterling ended as the weakest one on Brexit impasse as politicians looked staying unwilling to find a compromise between themselves. New Zealand Dollar was second worst performing after RBNZ rate cut. Australian Dollar was third even though RBA refrained from lowering interest rates.

Last week’s US-China negotiations ended with practically no progress, but just confirmation that the tariff war will drag on. New round of tariffs already took effect on Friday and paperwork for tariffs on USD 325B in Chinese goods has started. For now, no new round of talks is scheduled. China’s retaliations are awaited and could be announced any time soon.

Chines Vice Premier Liu He told reporters on Friday that the “negotiations have not broken down”. He also tried to talked down the situation and said mall setbacks are normal and inevitable during the negotiations of both countries. Looking forward, we are still cautiously optimistic” . Yet, he added that “right now, both sides have reached mutual understanding in many things, but frankly speaking, there are also differences.”

Liu emphasized “differences are significant issues of principle,” and “we absolutely cannot make concessions on such issues of principle.” One of the issues is over the current tariffs. Liu told Phoenix television in Hong Kong that if both sides wanted to reach an agreement, then all tariffs must be eliminated. Also, both sides have different opinions on the volume of additional purchase of US goods from China. As noted by a commentary by state news agency Xinhua, any purchases should be “in line with reality”. The biggest issue, though, is likely on the text regarding law changes regarding core issues like IP theft, which China sees as intrusion of sovereignty. Liu said that “every nation has its dignity, so the text ought to be balanced,”

Trump continued to sound hard line on China with his tweets and said China was “beaten so badly” in recent negotiations and they may as well “wait around for next election” to see if they can “get lucky and have a Democratic win”. But Trump also said “the only problem is that they know I am going to win… and the deal will become far worse for them if it has to be negotiated in my second term. Would be wise for them to act now, but love collecting BIG TARIFFS!”. Trump typically didn’t elaborate the logic link between China knowing he will win the second term yet, they’re waiting for next election. That’s no point in dragging on if a Trump win is certain.

Chinese markets clearly suffered most on trade war escalation. Shanghai SSE composite gapped down and dived to as low as 2838.38 last week before paring some losses to close at 2939.21. While some sideway trading could be seen initially this week, we’d expect upside attempts to be limited by 3050.02 gap resistance to bring another decline. Break of 2838.38 should resume the fall from 3288.45 through 61.8% retracement of 2440.90 to 3288.45 at 2764.66. At this point, we’re seeing such fall as a corrective move. Thus, selloff should finally slow down below 2764.66 fibonacci level. 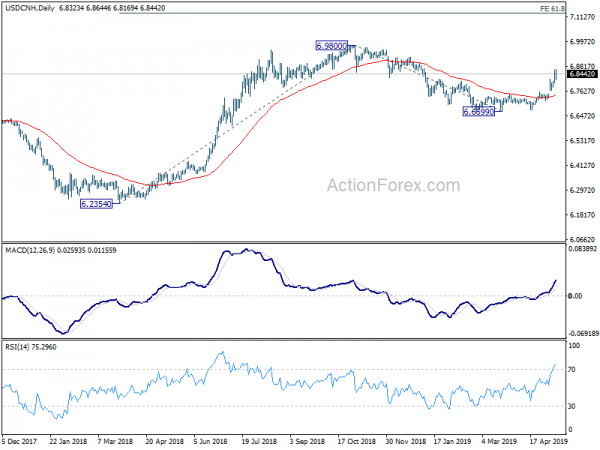 Staying in Asia, Japanese Nikkei also suffered steep selloff coming back from holidays. A short term top should at least be formed at 22363.92, on bearish divergence condition in daily MACD, after hitting 61.8% retracement of 24448.07 to 18948.58 at 22347.26. While the rebound from 18948.58 was stronger than originally expected, the structure still suggests that it’s merely a correction. Immediate focus will be back on 20911.57 support this week. Firm break there will confirm completion of the corrective rebound and bring retest of 18948.58 low.

DOW should have reversed, but needs confirmation from S&P 500 and NASDAQ

10-year yield was rejected by falling 55 day EMA and weakened against last week. The break of 2.463 support should confirm completion of corrective recovery from 2.356 at 2.614 after hitting 55 day EMA. Further decline should be seen back to retest 2.356 low and break will resume the fall from 3.248. Note that 3-month as 6-month-year yields are currently at 2.430, 2.444 respectively. Further decline in 10-year yield will invert this part of the yield curve too, which could be rather bearish for stocks and risk sentiments. 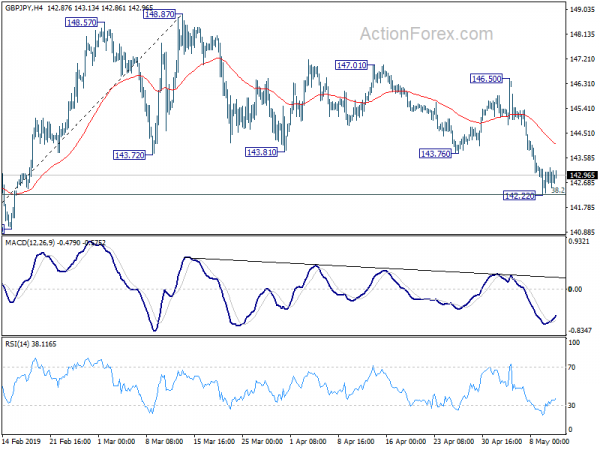 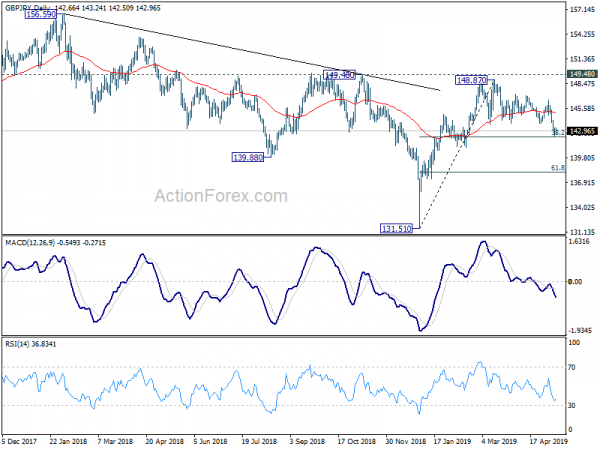 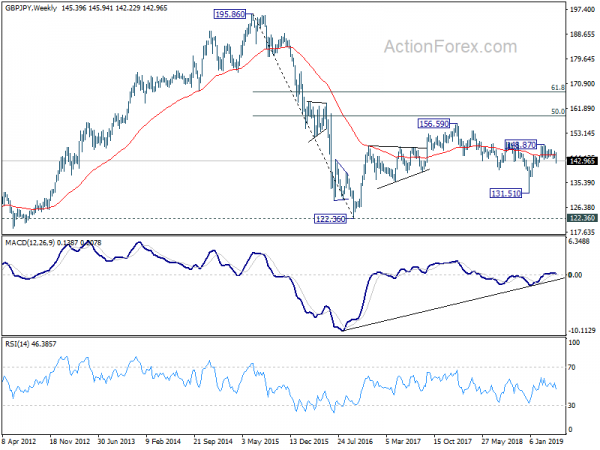 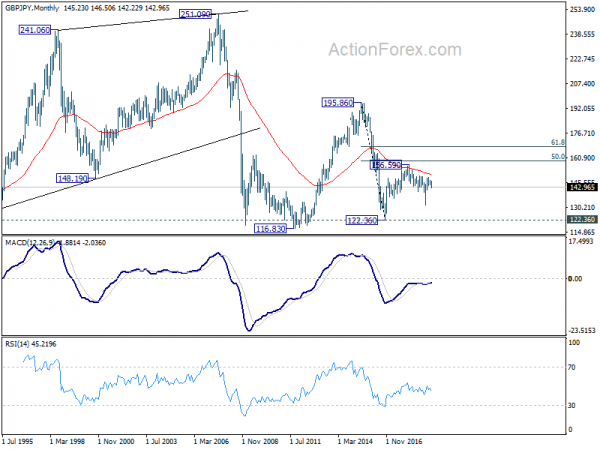