News of coronavirus vaccine readiness was the biggest market mover last week, solidifying near term risk-on sentiments. Subsequent price actions in major global indices were clearly corrective looking, setting the stage for further rally. Swiss Franc and Yen ended as the worst performing ones, followed by Canadian Dollar, which was dragged down by the pull back in oil prices. New Zealand Dollar, Australian Dollar and Sterling were the strongest ones. Dollar and Euro ended mixed.

While Yen crosses finally followed stocks and surged, the developments have been rather disappointing for Yen bears. In particular, there seems to be no pick up in Yen selloff despite persistent rally in Nikkei. The chance of more decoupling of Yen and stocks is there. One explanation is that fiscal stimulus was the key “during” the pandemic. But, with vaccine arrivals, the torch could be passed back to monetary policies to boost the upcoming recovery. That is, we might actually see more central bank actions ahead during the recovery phase. Let’s see how it goes.

Turning to Asia, the sustainability of Nikkei’s rally was even more impressive. That’s largely thanks to the country’s relative success in containing the coronavirus spread, along with other Asian countries, comparing to Europe and Americas. We’re talking about around 1500 new cases in Japan’s third wave of infections now, and around a dozen daily deaths. Anyway, 61.8% projection of 16358.19 to 23718.10 from 21710.00at 25924.70 could limit near term upside, on overbought condition. Yet, the medium term rise would likely continue through to early next year to 100% projection at 28529.91.

While Yen crosses finally surged broadly last week, on the coronavirus vaccine news. The overall performance was disappointing. USD/JPY failed to sustain above 55 day EMA, capped comfortably inside falling channel and maintains the down trend from 111.71. 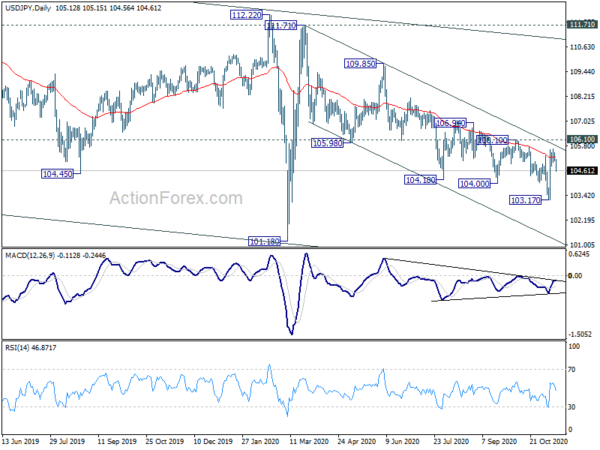 EUR/JPY failed to sustain above 125.08 resistance, risking extension of the corrective pattern from 127.07 with another fall. 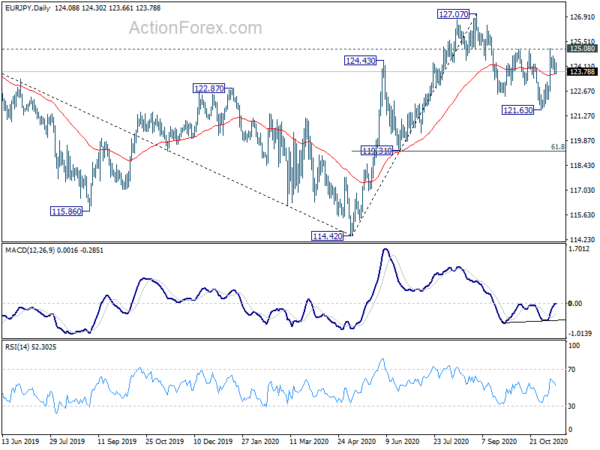 Even AUD/JPY failed to take out 76.52 resistance and ended with a relatively weak close despite the late rally in US stocks. Just like EUR/JPY, there is risk of AUD/JPY extending the corrective pattern from 78.46, with another falling leg. 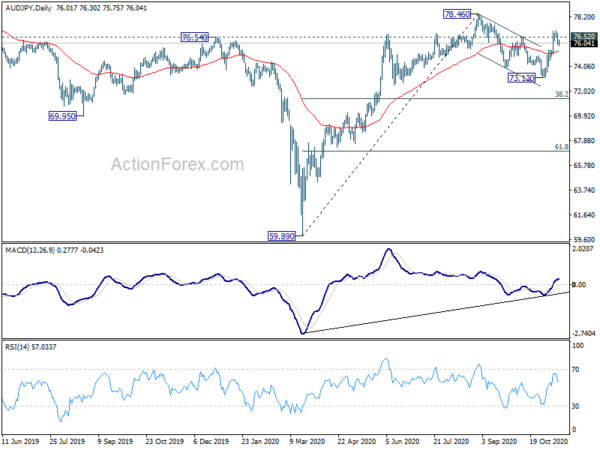 AUD/USD edged higher to 0.7339 last week but retreated since then. Initial bias stays neutral this week for some more consolidations first. At this point, we’re favoring the bullish case that consolidation pattern from 0.7413 has completed with three waves to 0.6991. On the upside, break of 0.7339 will target at test on 0.7413 high first. Firm break there will resume larger rally from 0.5506. Nevertheless, on the downside, break of 0.7221 minor support would likely extend the consolidation pattern from 0.7413 with another falling leg. 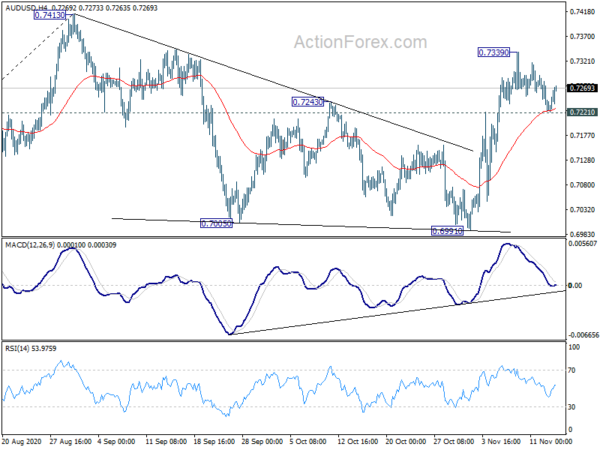 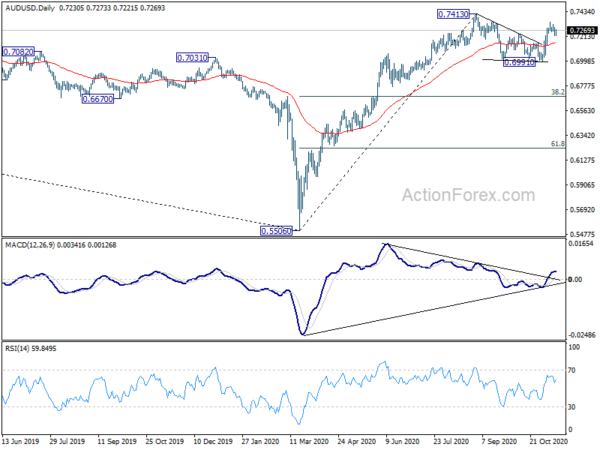 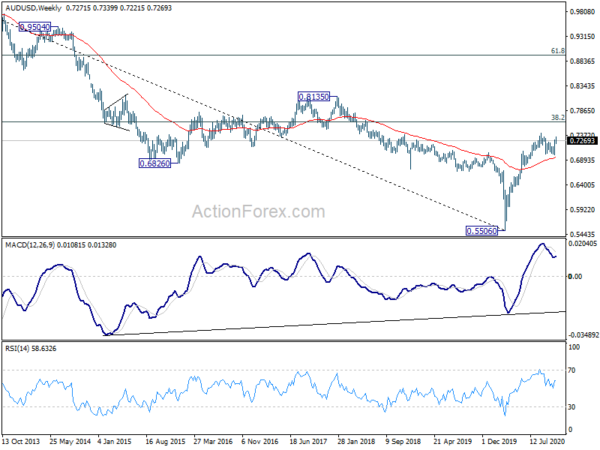 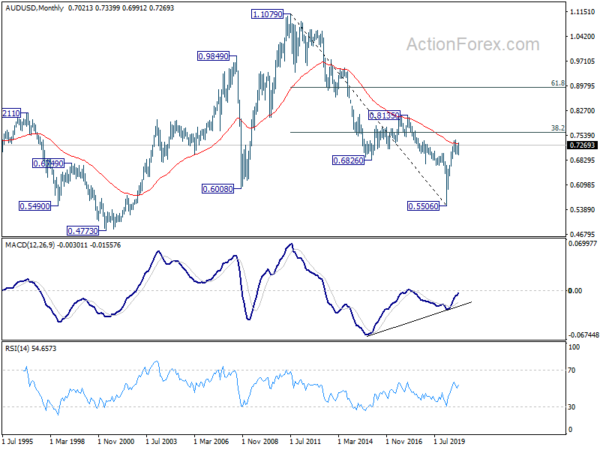