Dollar Stands Tall after A Week of Central Bank Surprises

It was a very volatile week full of central bank surprises. Fed indicated that there would be as many as three rate hikes next year. BoE surprised by raising the Bank Rate. Even ECB turned out to be less dovish as expected. But in the end, if was the late selloff in the stock markets that finalized that over tone.

We would like to point out that in the background, there were still some worries over the fast spread of Omicron. Risk of return to tougher restrictions, prolonged supply bottlenecks and more persistent high inflation are realistically there. At the same time, major central banks are clearly turning more hawkish on inflation. Hence, the stock markets were indeed rather resilient in this context. Friday’s selloff was probably more because of “quadruple witching”. But we’ll have to see how it goes in January.

In the currency markets, Dollar ended as the strongest one, followed by Sterling and Yen. Canadian Dollar was the worst performer, followed by Kiwi and then Euro.

S&P 500 failed to break through 4743.83 high last week and has indeed closed lower. The development wasn’t a surprise, as we’re envisage that the corrective move from 4743.83 would be unfolded as a three wave pattern. Deeper fall is now mildly in favor for the near term to 4495.12 support. 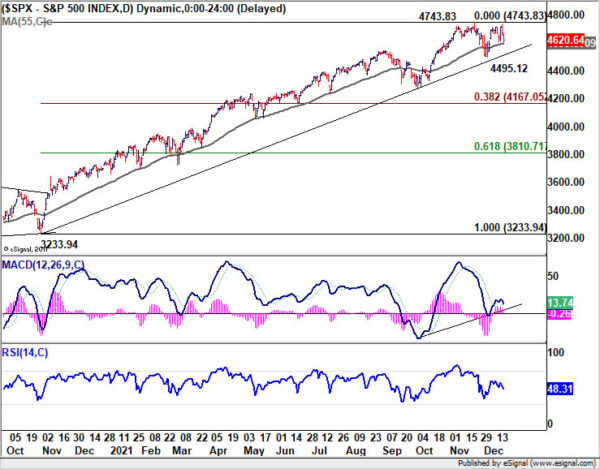 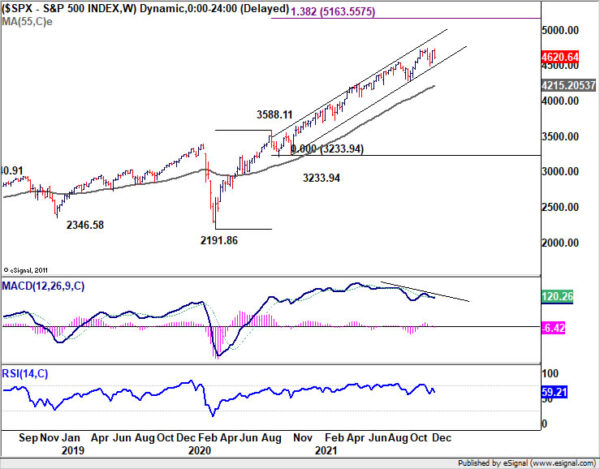 Outlook is 10-year yield is unchanged that it’s seen as being in the third leg of the corrective pattern from 1.765. Last week’s decline and prior rejection by 55 day EMA are both suggesting more downside for the near term. Yet, at the same time, TNX is also trying to draw support from 55 week EMA (now at 1.381). So, the near term outlook is relatively mixed.

On the upside, break of 1.537 resistance will argue that the fall from 1.693 is finished and bring stronger rebound. But firm break of 55 week EMA could open up deeper fall to 1.128 support. The next move in TNX will be a certain impact on USD/JPY. 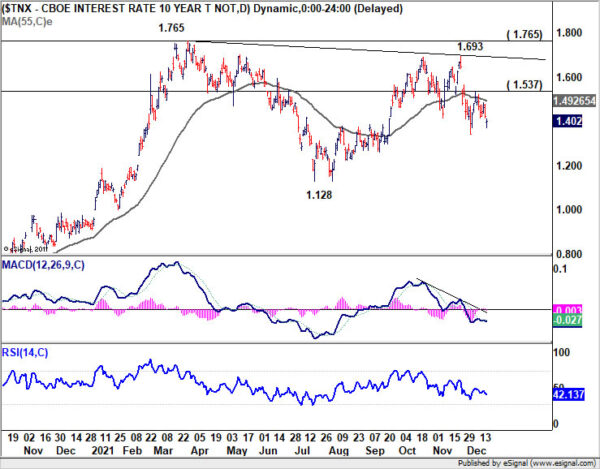 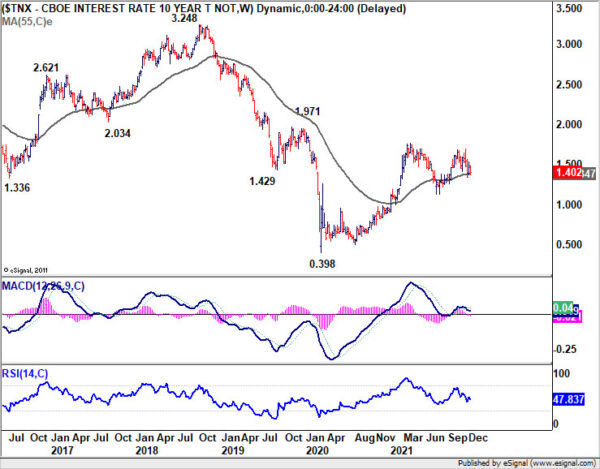 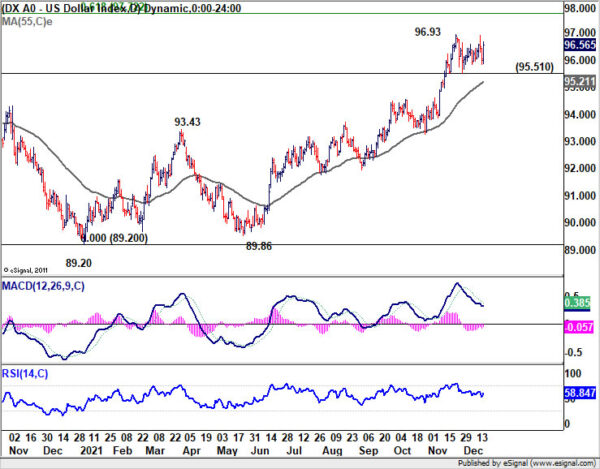 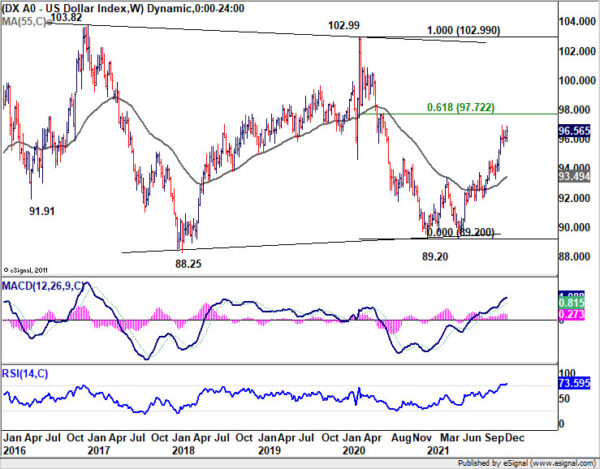 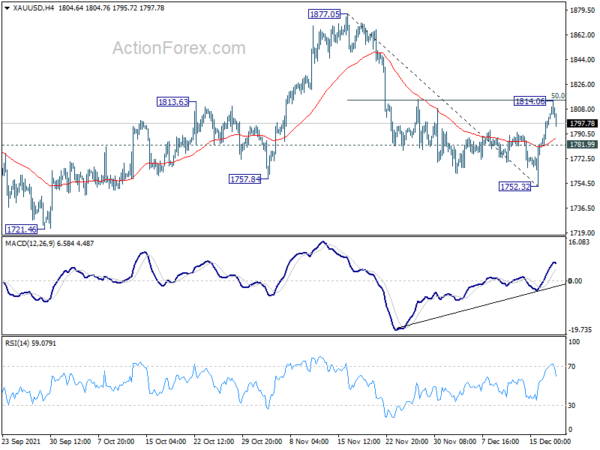 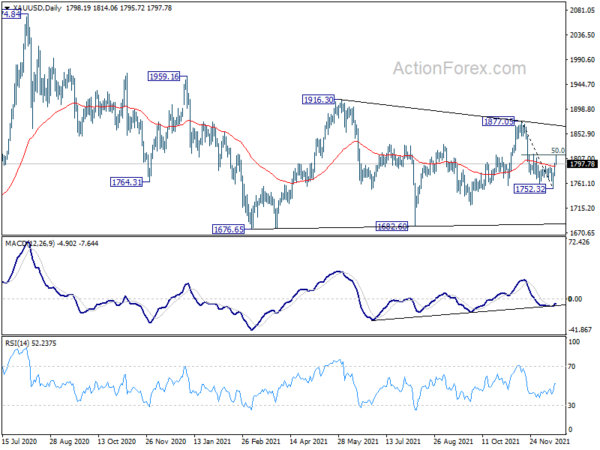 GBP/CAD was among the top movers last week as rebounded from 1.6636 extended. The chance of near term bullish reversal is increasing considering bullish convergence condition in daily MACD. But this is not confirmed yet as GBP/CAD would still need to break through 1.7111 resistance decisively to confirm. If happens, such development would also argue that whole decline from 1.7884, as a falling leg inside the long term range pattern, has completed with three waves down to 1.6636. Further rise would be seen towards 1.7623 resistance next. However, rejection by 1.7111 will retain near term bearishness for another fall through 1.6636 at a later stage. 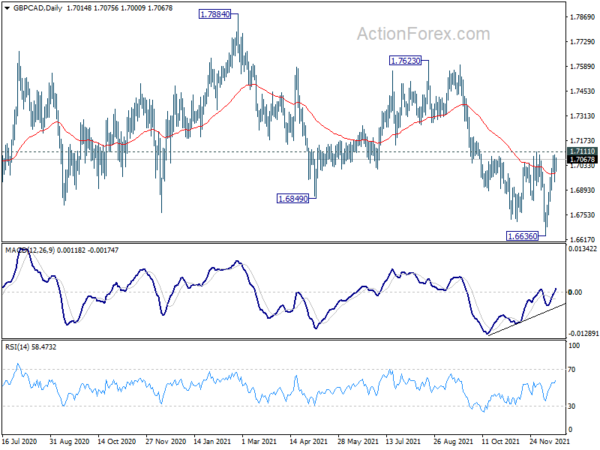 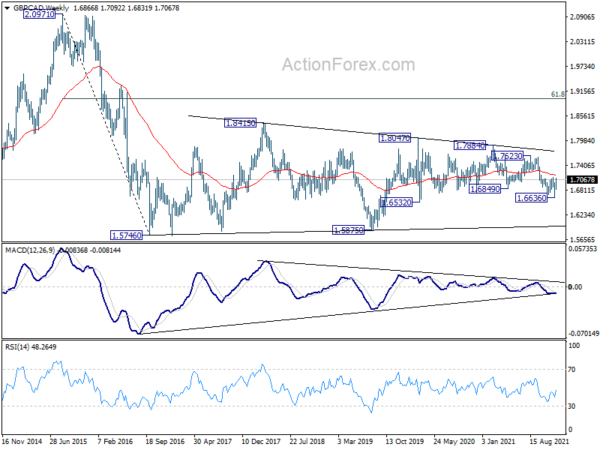 NZD/JPY ready to resume fall from 82.49 after brief recovery 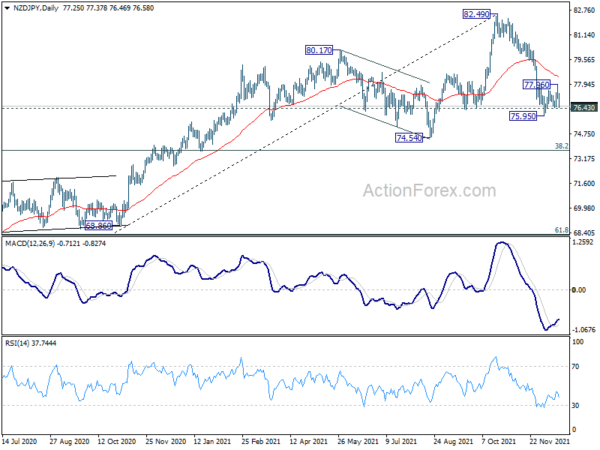 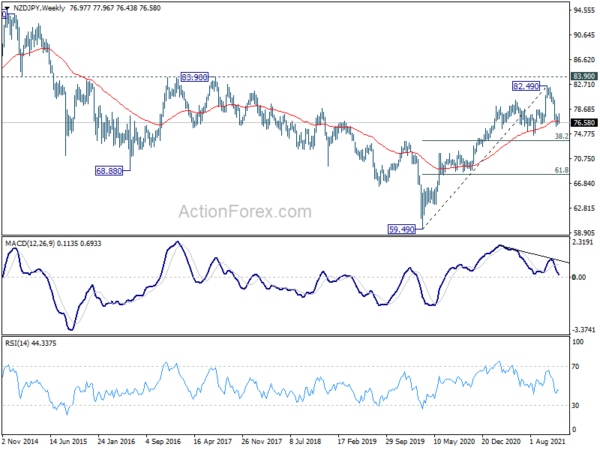 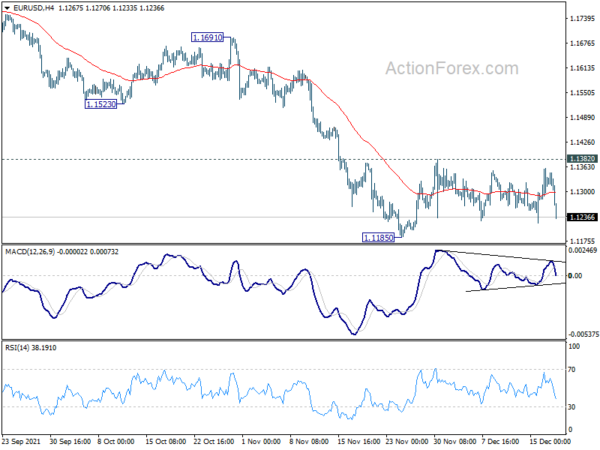 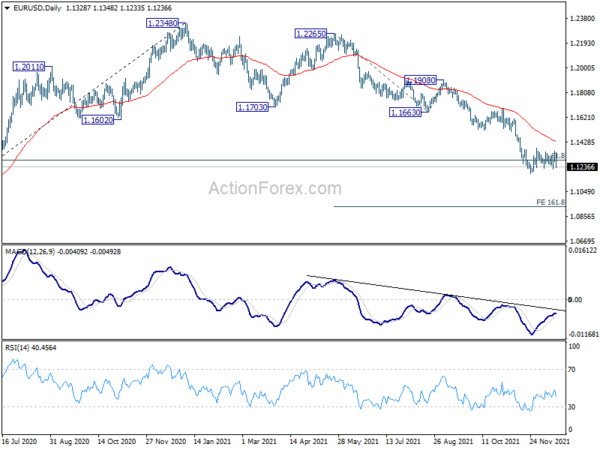 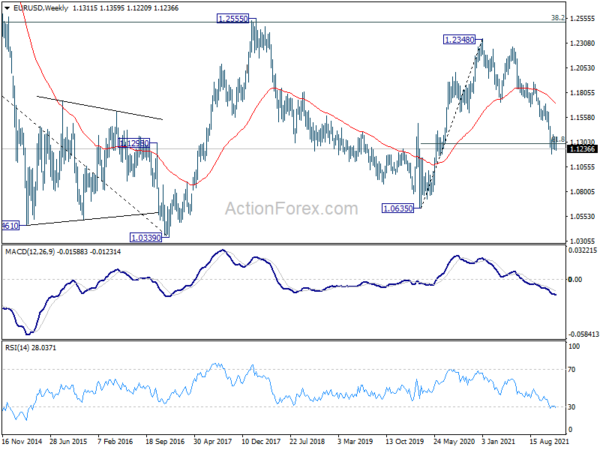 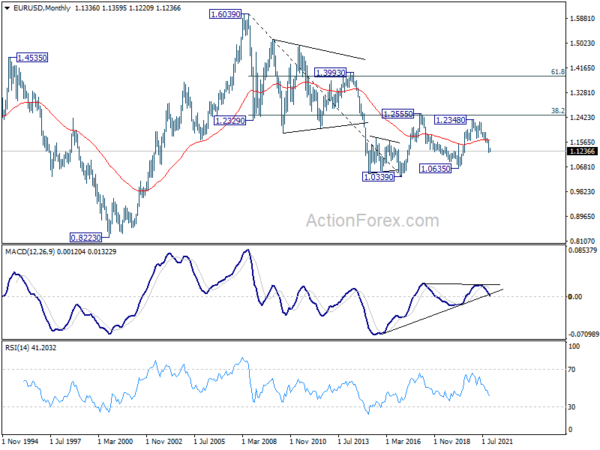