It’s such a week of surprises. The biggest one was probably the free fall in Sterling, as markets reaction to the “mini-budget” of the new UK government was overwhelmingly negative. Commodity currencies and Euro were also pressured on risk aversion.

Dollar emerged as the strongest one after hawkish Fed hike, selloff in risk assets, and surging treasury yields. Yen just eked out a second place, with Japan’s first intervention of the same kind since 1998 being unable to over turn the tide with the greenback. Swiss Franc was the third strongest, additionally supported by its rally against Euro and Sterling.

With a relatively light calendar ahead, and quarter end approaching, the markets might have a breather this week. But… never say never.

Sterling was already under some pressure after Fed’s hawkish rate hike. BoE’s decision to raise Bank Rate by 50bps was not unanimous, with three MPC members voted for a 75bps and one voted for just 25bps. But the free fall only took off after Finance Minister Kwasi Kwateng’s mini-budget, which was perceived by some as the most radical since 1972. 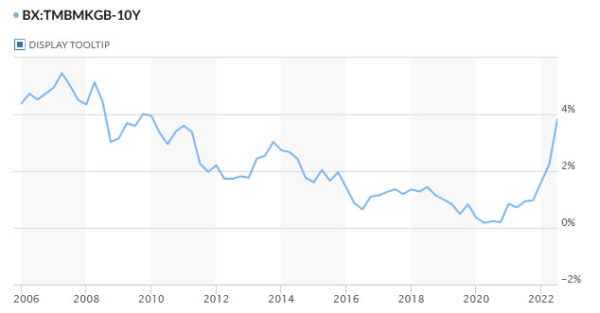 Investors believed the plan would push inflation even higher and BoE would be forced to raise interest rate further to 5.50% in the currency cycle, which adds additional weight to the economy. The combined reaction suggests the lack of confidence in the government’s ability managing the ballooning debt. 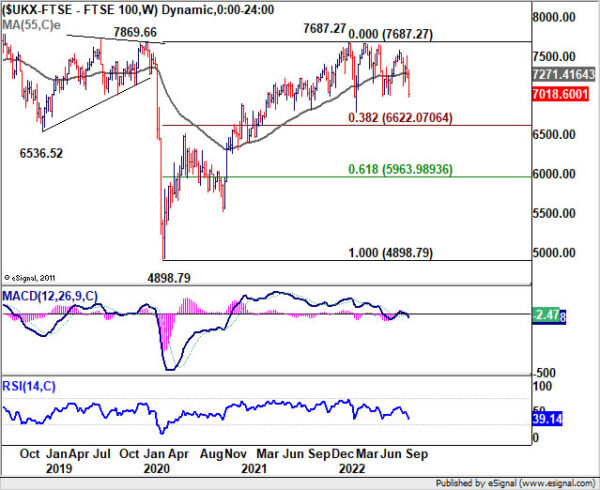 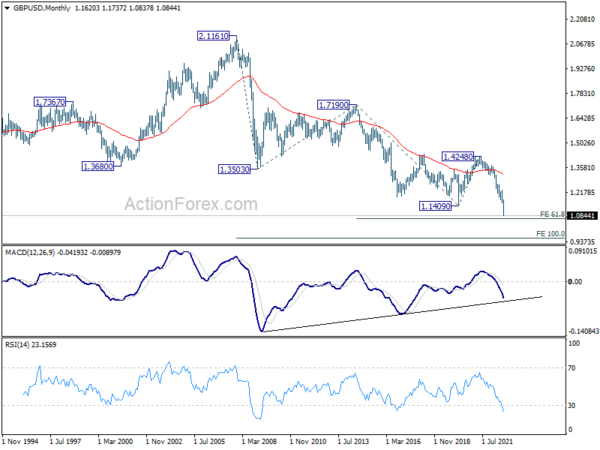 Another significant development last week was Japan’s intervention in the currency markets, the first act to support Yen since 1997-98 Asian Financial crisis. Japan did intervene in the markets in between but those actions were for slowing the currency’s advances. The move came after USD/JPY hit 24 year high and threatened to approach 1998 high at 147.68.

While Yen did rebound after intervention, there was no follow through buying against Dollar so far. The up trend in USD/JPY remains intact with 139.37 resistance turned support intact. That is, USD/JPY could still have another attempt on 147.68 to test Japan’s determination.

Firm break of 139.37 will be an indication of medium term topping. But based on current market sentiment, and policy divergence between Fed and BoJ, there is little chance of breaking next support level at 130.38 in the foreseeable future. 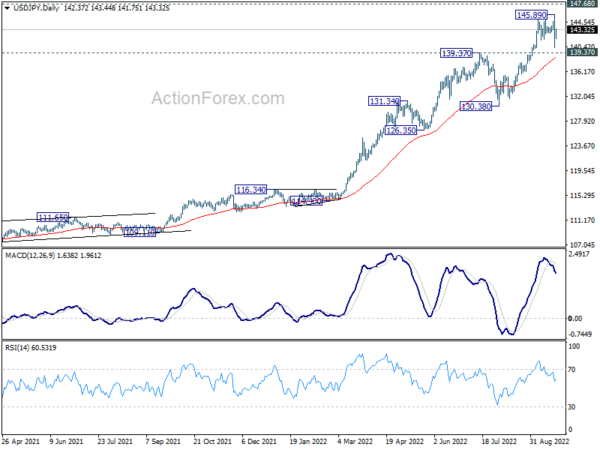 Dollar and yields up, stocks down after FOMC

Moving on to the US, Fed raised interest rate by 75bps to 3.00-3.25% as widely expected. The bigger surprise was found in the new economic projections, which expect interest rate to hit 4.4% by the end of this year, and peak at 4.6% in 2023. But then, there is still room for further upward revision in the policy path in December’s projection if high inflation persists. 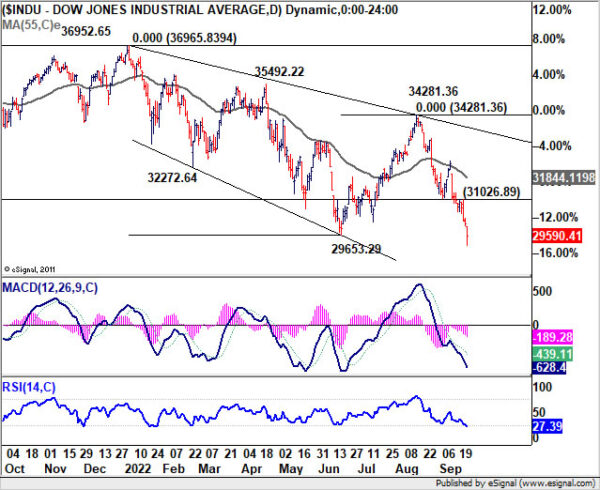 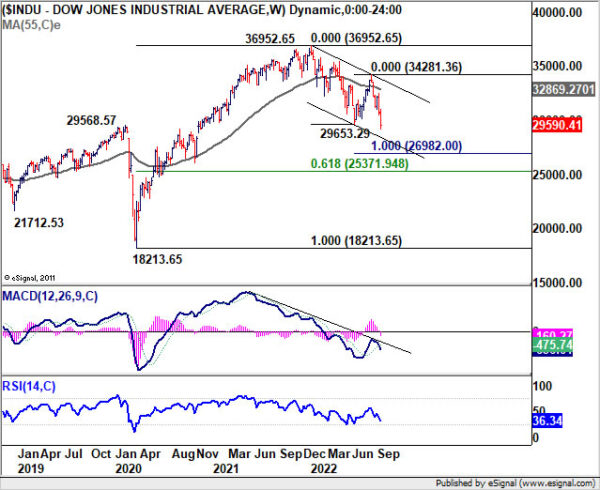 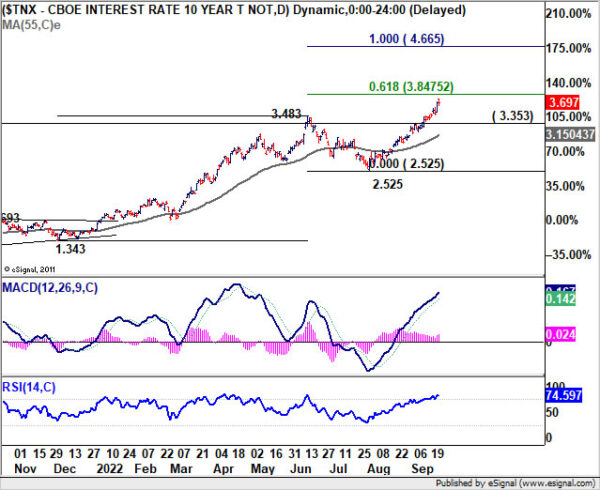 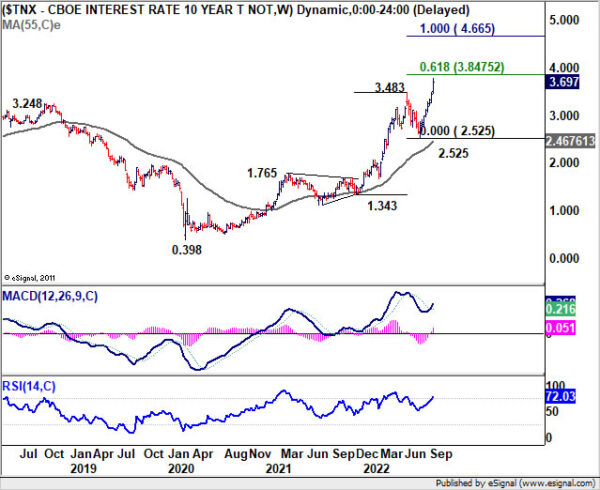 As for Dollar index, it accelerated to to close strongly at 113.19 as up trend resumed. DXY is now pressing a medium-term channel resistance, and the two-decade channel resistance. It’s also in proximity to 61.8% projection of 94.62 to 109.29 from 104.63 at 113.69. Thus, there is prospect of further loss of upside momentum, and some consolidations.

But still, break of 109.29 resistance turned support is needed to confirm topping. Otherwise, further rally will remain in favor. Sustained break of 113.69 will pave the way to 100% projection of 119.30, which is close to 120 psychological level, and 2001 high. 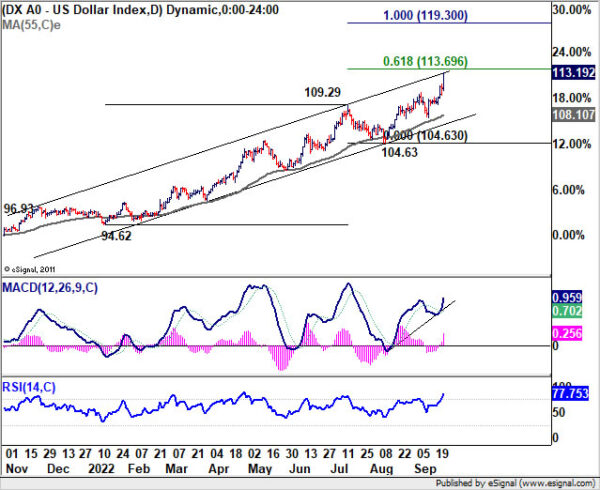 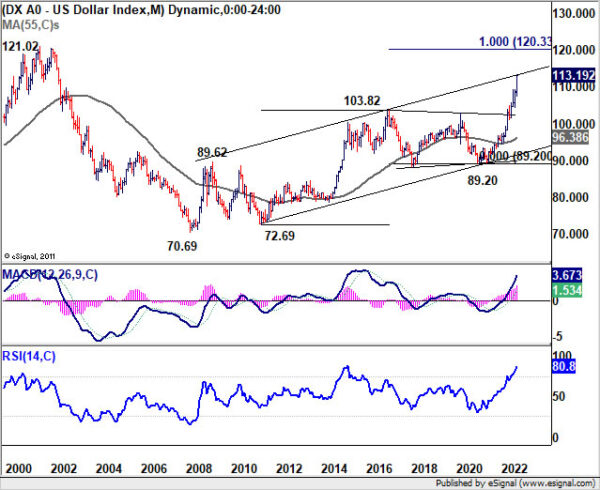 GBP/JPY’s sharp decline and break of 155.57 support suggests medium term topping at 169.10. That came after multiple rejection by long term fibonacci level at 167.93. Initial bias remains on the downside this week for 150.95 support next. On the upside, above 159.10 minor resistance will turn intraday bias neutral and bring consolidations, before staging another fall. 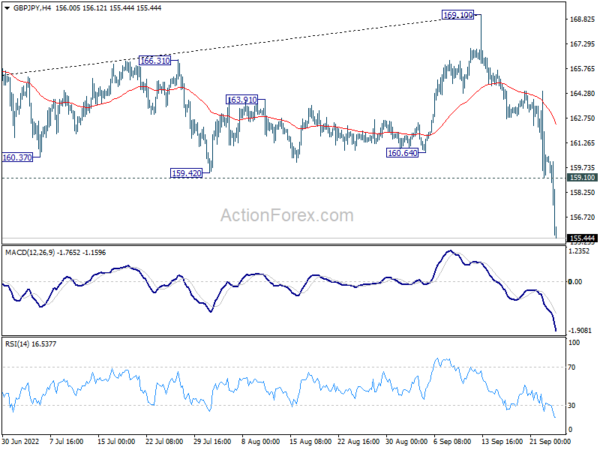 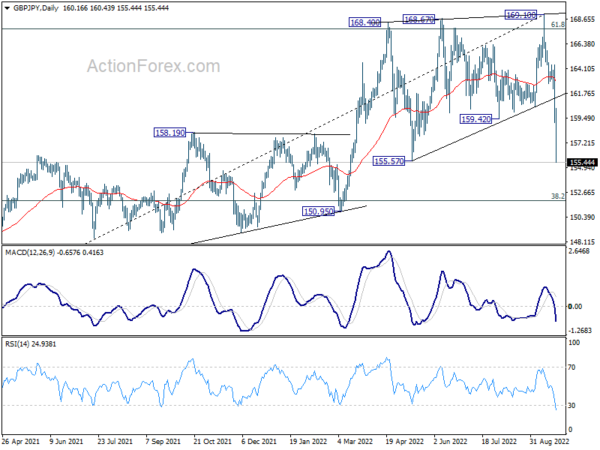 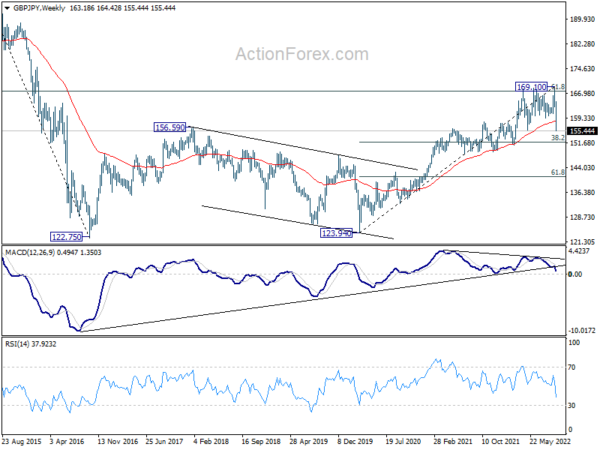 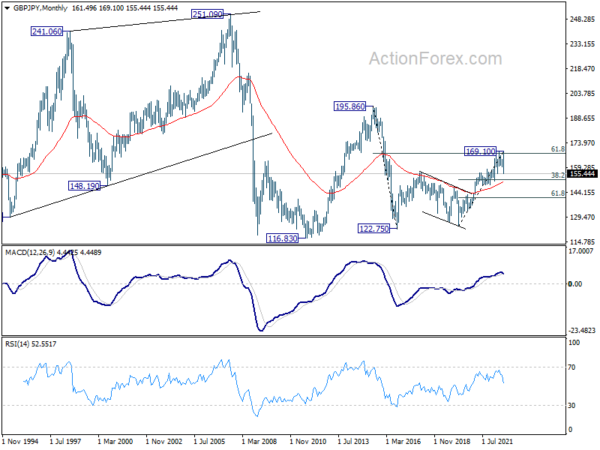