Dollar ended as the strongest major currency last week as economic data released affirmed a December Fed hike. The surprised contraction in non-farm payroll was offset by strong wage growth. However, the greenback pared back some of its gain on resurgence on North Korea risk. On the other hand, the British Pound suffered broad based heavy selling as there were increasing calls for Prime Minister Theresa May to step down, in the crucial time of trade negotiations with the world. In spite of political uncertainties in Catalonia, Euro showed much resilience and ended the week mixed only. North Korea, Catalonia, Theresa May, Japan election, are the key things to watch ahead. Politics might overshadow economic data again.

Markets pricing in over 90% chance of Fed December hike

Economic data from US last week affirmed the case for a December rate hike by Fed. Both ISM indices beat market expectations and improved in September. Non-farm payroll report showed the first contraction since 2010, by -33k in September. But that was heavily skewed by the impact of hurricanes. Unemployment rates indeed dropped to 4.2%, down from 4.4% while participation rate rose to 63.1%, up from 62.9%. The most positive surprise was wage growth. Average hourly earnings jumped 0.5% mom. While wage growth could also be inflated by the hurricanes, it beat the already optimistic expectation of 0.3% mom. Fed fund futures are now pricing in over 90% chance of a December hike.

Another Dollar positive development was that the House approved a budget outline on Thursday. That was a procedural step for US President Donald Trump and Republicans to push through the tax plan. The tactic that Republicans used is a procedure called reconciliation. That could prevent Democrats from blocking a tax bill through filibuster in the Senate. Only 60 votes are needed to overcome filibuster and Republicans already got 52. And, under reconciliation, a bill can be passed with simple majority, without even involving the Democrats

However, Dollar’s post NFP rally reversed on news that North Korea is ready to launch another missile any time. Reuters reported that a Russian Duma’s international affairs committee member, Anton Morozov, said that "they are preparing for new tests of a long-range missile." And, "they even gave us mathematical calculations that they believe prove that their missile can hit the West Coast of the United States." Also, "they intend to launch one more long-range missile in the near future. And in general, their mood is rather belligerent." The news clearly put some nerve on investors as seen in yield and Dollar just before the weekly close.

Euro ended the week mixed, facing some pressure from the political uncertainty between Spain and Catalonia. The independence referendum held last Sunday was not a legally recognized one, and could originally be shrugged off by investors. But the violence used by Spanish police on voters and poll stations caught the world’s attention. And the tensions there quickly intensified. The Catalan government said on Friday that the official results of the referendum showed it had passed overwhelmingly. Final count showed 2,044,038 out of 2,286,217 voted for independence, with a turnout rate of 43%. The speaker of Catalonia regional parliament called a Tuesday evening session to discuss the issue. And leader Carles Puigdemont could unilaterally declare independence after that.

European leaders are generally against Catalonia independence even though some condemned the violence used by Spanish government. There are now worries on resurgence of another Euro crisis. In particular, if Catalonia does get their secession from Spain, many other separationists in EU might follow and step up their effort. They might included another region of Basque Country in Spain, the wealthy regions of Lombardy and Vento in Italy, Flanders and Wallonia in Belgium, South Tyrol in Italy. And even Scotland might come back with a second independence referendum too.

But then, it should be noted that performance of Euro wasn’t that bad last week. The common currency only closed lower against Dollar, Yen and Canadian Dollar. The negative impact was also mainly seen in Spanish markets. Other markets seemed couldn’t care less. German DAX surged to new record high at 12993.53 before closing at 12955.94. The development now suggests that long term up trend is resuming for 61.8% projection of 10174.92 to 12951.54 from 11868.84 at 13584.79 first. There is prospect of hitting 100% projection at 14645.46 in medium term.

Sterling was sold off steeply last week and ended as the weakest major currency. There was a suddenly intensification of calls for Prime Minister Theresa May to step down, after her shambolic speech at the Conservative Party Conference. And it’s reported that there were quite a number of MPs ready to urge May to resign. That comes at a very difficult time as the Brexit negotiation with EU is going on, without any notable progress to move on to trade discussions. And there are still piles of work to be done on post-Brexit trade agreements with other countries, like the US and Japan. One bookie is now offering 2/1 on May quitting this month, that is 33% chance.

In addition, markets are reassessing BoE outlook after a string of weaker than expected data released. This is no change in the expectation for BoE to hike in November. And, the central bank will continue to do so barring any disasters. However, a 25bps hike would just bring interest rate back to pre-Brexit referendum level. BoE will very likely stop there afterwards, until the Brexit picture becomes clearer. That one-off rate hike should be well priced in already.

GBP/USD was the biggest mover last week, losing -332 pts, or -2.48%. Technically, the pair is still staying in medium term rising channel. And rise from 1.1946 bottom is still mildly in favor to extend. However, it should be noted that it’s limited below 1.3835 support turned resistance. And it just bounded off from a long term falling trend line. A break of 1.2773 support will now suggest that rebound from 1.1946 has completed and the long term down trend could resume. Political developments in the coming weeks will be crucial. 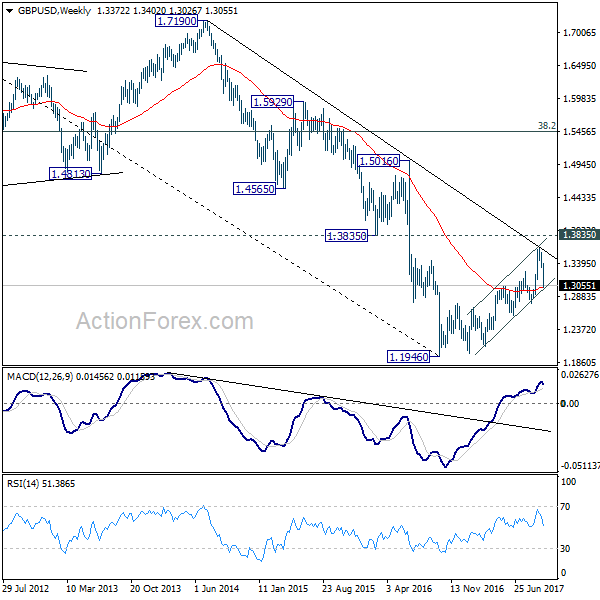 Regarding trading strategies, we’re holding on to CAD/JPY long (bought at 89.90). The cross dipped mildly as near term consolidation from 91.62 extends. But overall outlook remains bullish as the long term rise from 80.85 is expected to extend towards 61.8% retracement of 106.48 to 74.80 at 94.37 and above. We’ll hold on to the position with stop at 88.50. Indeed, considering the loss of momentum in USD/CAD, we’ll add to our long position in case of a break of 91.62 as the up trend resumes. 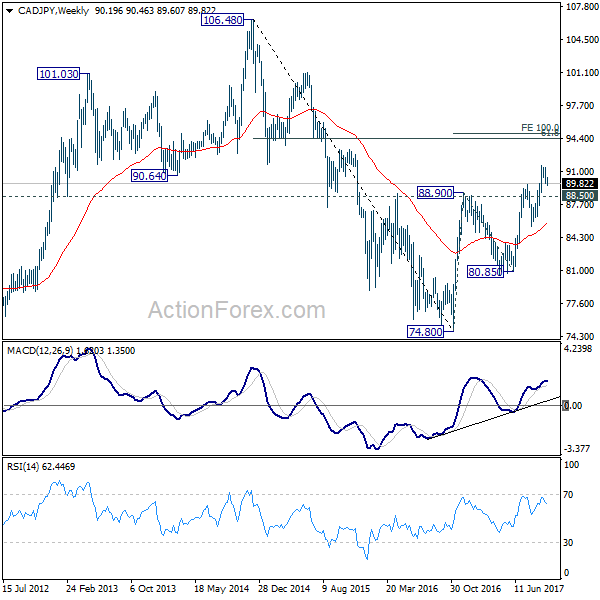 We tried to buy EUR/AUD last week but that didn’t work out. Nonetheless, Aussie ended as the third weakest one, and mild near term strength is seen in EUR/AUD. There is no change in the view that RBA is nowhere near a rate hike. And Aussie was indeed weighed down by RBA board member Ian Harper’s comment that he didn’t rule out a rate cut. Judging from last week’s price actions. AUD/USD’s rise from 0.7328 should have completed at 0.8124. And near term outlook in AUD/USD is turned mildly bearish for 0.7628 fibonacci support. EUR/USD seems to be losing downside momentum ahead of 1.1661 support. Also, there is risk of a Dollar pull back as dollar index just hit 94.14 resistance. Therefore, we’ll try again to buy EUR/AUD on break of 1.5173 resistance, with 1.6587 as target. 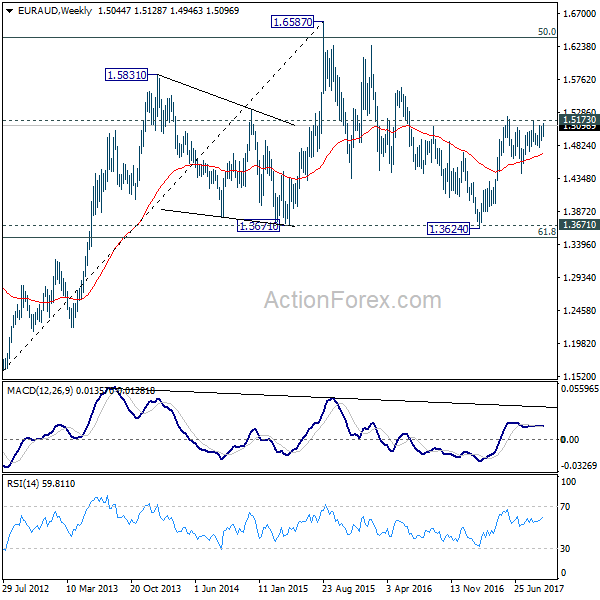 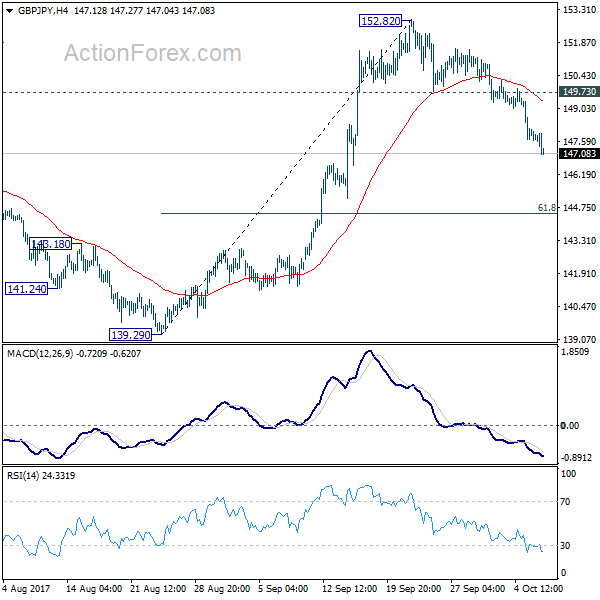 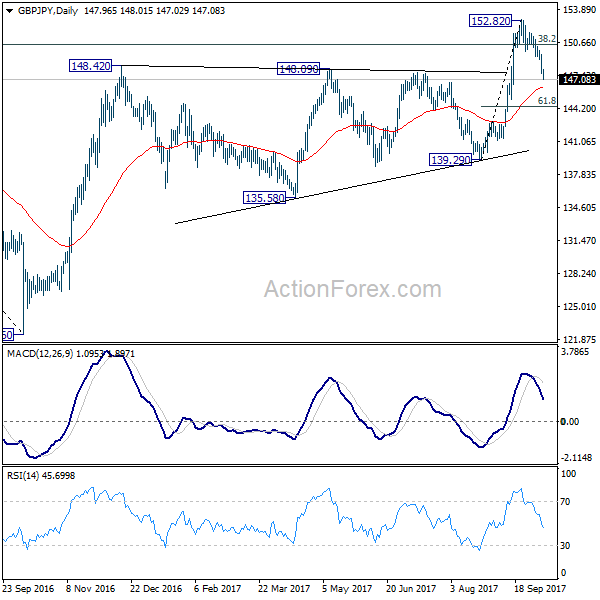 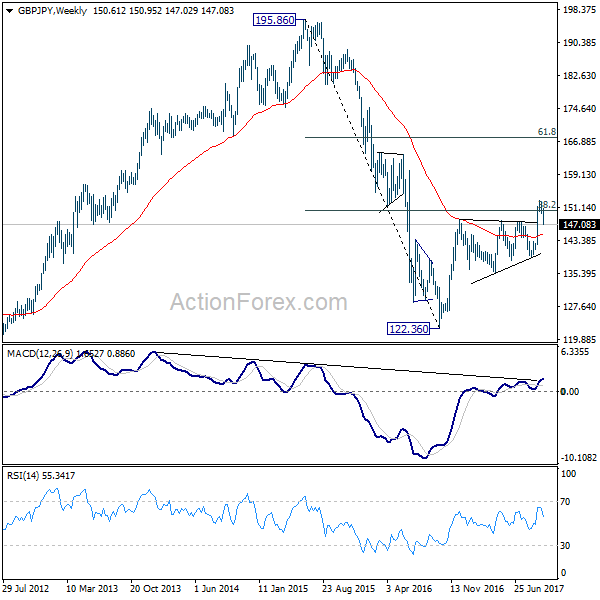 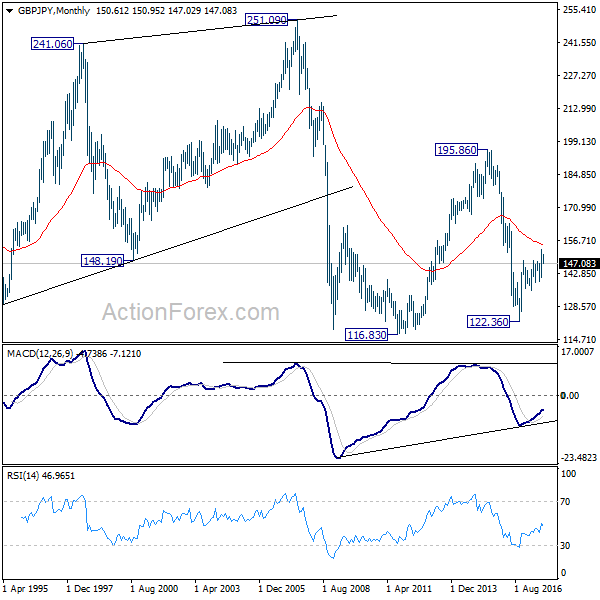