OPEC+ produced less than promised despite global energy shortage. The alliance comprised of 10 OPEC members, 9 non-OPEC producers and 3 OPEC members exempted from quotas produced a total of 40.73M bpd in September, compared with 40.26M bpd a month ago. Output from OPEC-10 and non-OPEC aggregated to 36.57M bpd, missing the quota of 36.74M bpd. The compliance level reached 111.5% during the month. A reading above 100% signals underproduction. 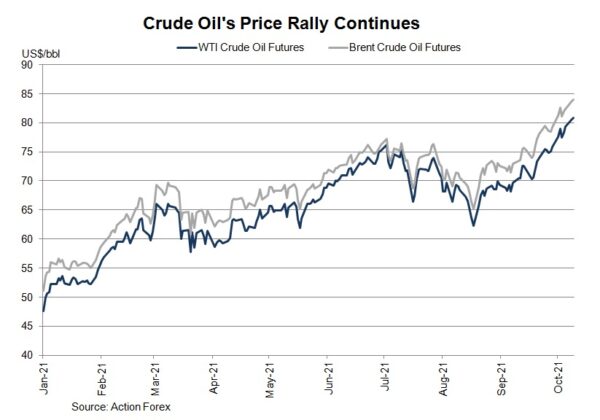 After refusing to accelerate output to alleviate the energy crisis last week, the OPEC cartel and some non-OPEC producers reportedly produced less than their assigned quota in September. According to S&P Platts’ estimates, the 10 OPEC members bound by quotas produced a total of 23.13M bpd in September, up +0.32M bpd from August. Yet, it was short of the aggregate quota of 23.29M bpd. Saudi Arabia, the largest producers in the cartel, pumped 9.66M bpd, up slightly from 9.57M bpd in August. Countries that produced less than quotas include Angola, Congo, Equatorial Guinea and Nigeria. Iran, Libya and Venezuela, the 3 OPEC members exempted from output limit, collectively pumped 4.16M bpd to the market, largely unchanged from August. 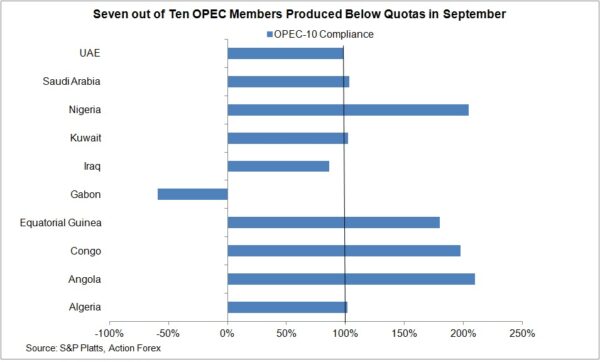 Concerning non-OPEC producers in the alliance, Russia raised output by +0.09M bpd to 9.86M bpd in September, compared with the quota of 9.6M bpd. Yet, this group collectively pumped 13.44M bpd, below the quota of 13.45M bpd. 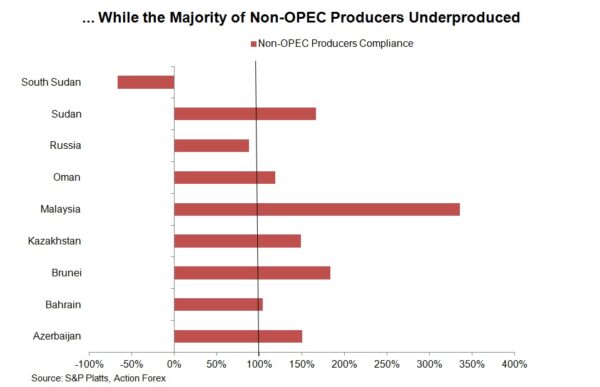 Earlier this month, the OPEC+ decided to maintain an approach to gradually unwind the output reduced amidst the pandemic. It decided to raise an aggregate production by +0.4M bpd every month although energy prices have skyrocketed. With demand prone to accelerate as the heating season approaches, persistent supply shortage should continue to support the elevated energy prices.